A legendary warrior princess and 120 days in the hospital: stories that won our hearts in 2016 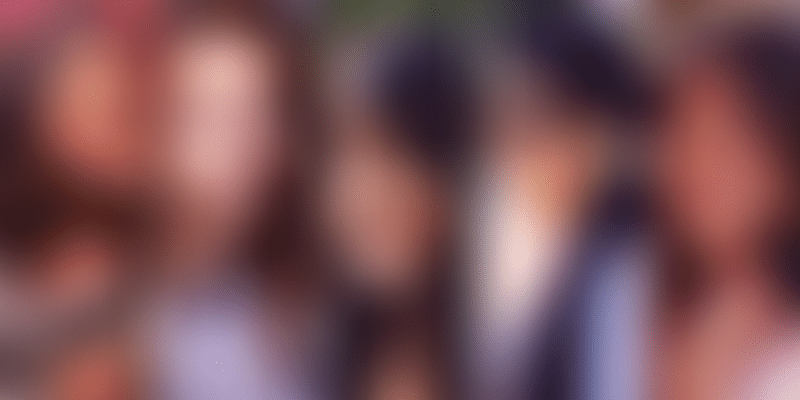 The popular choice — stories of women our readers loved in 2016.

As we near 2016's finish line, it's time to look back upon the stories that won the hearts of our readers. Here, we bring to you compelling stories of women — entrepreneurs, leaders, authors, and yoga teachers — that touched a little something in all of us.

This 28-year-old founder of Universal Sportsbiz Pvt. Ltd (USPL) runs a Rs 61-crore business which is well on its way to becoming a Rs 100-crore business by the end of this financial year. With Sachin Tendulkar and Accel Partners as investors, Anjana has her hands full with three brands — Collectabillia, Imara, and Wrogn.

An 18-hour workday keeps her on top of things.

To find out how these three Indian entrepreneurs and their startups conquered the Bay Area, read on.

She wanted to be a part of NASA but instead, 18-year-old Divyasa became an author and her book, A 20-Something Cool Dude was selected by the Ministry of External Affairs as one of the titles that best paint the vivid picture that is India. The book is a representation of the identity crisis Divyasa went through in the three-month break after her Class XII exams.

Launched in 2013, the cynosure of Ananya Birla’s eyes, Svatantra is a microfinance institution (MFI). They cater to 1.4 lakh clients and have impacted more than five lakh individuals across 5,300 villages. Given her family name and background, Ananya showed the skeptics and the critics that with sheer hard work she could build, nurture, and sustain a startup.

“I worked hard to ensure Svatantra spoke for itself and it has — we will be breaking even this year!”

The co-founder and managing partner of Seedcamp, which has over 200 investments, Reshma is one of the authors of the European Startup Manifesto. The document shows 22 points that would benefit a digital European economy. Eluding barriers is a constant theme in Reshma’s life as she has been a ‘local’ on three different continents (or maybe four, given that her husband is South African). She defines herself as “as Indian as American and as American as European.”

Having seen her father establish the company, Akshali Shah had always wanted to join the family business, a desire she has fulfilled in her journey from a management trainee to VP, sales and marketing, of Parag Milk Foods. The journey has involved trying to live up to her father’s expectations and proving her mettle to a management that had seen her since childhood. How did she do it?

In a market rife with competition, these two women decided to take their quest for customer appreciation global.

Prithika Parthasarathy turned a life-threatening accident into a beautiful opportunity and started Ava Skin Care, a startup that makes a range of beauty products out of Bengaluru. An auto rickshaw accident and four months in the hospital made her value life as more than just a day-to-day existence and reinforced her belief in miracles and goodness.

“On that note, when AVA was founded, my tagline was ‘Love yourself naturally’ as it is truly what I want. I stood for myself and I would want anyone — men or women — to love and feel confident about themselves,” she says.

Talk about multitasking — Julie Rousselet, the 35-year-old half-French, half-German businesswoman is running two startups, My Envy Box and Flouzen, simultaneously, the latter from France and the former from India.

Founded in 2013, My Envy Box is a luxury startup modelled on Birchbox from the US but adapted for the Indian market. Find out how Julie manages two businesses across countries and what brought her to India.

Anu Aga, ex-Chairperson of Thermax Ltd. and pegged India’s eighth richest woman, has faced challenges that would have taken a toll on the best of us, but she hung in there. Although her journey is inspirational, she insists she is just like others.

Upasana Taku, Co-founder of MobiKwik, worked on her wedding day. Her mantra, ‘kick up a storm or die trying’ has helped her stay focused over the years as a businesswoman.

“Initially when I was responsible for managing finances at MobiKwik, often auditors or investors and bankers would be surprised and ask to deal with someone male. This was shocking to me, given that banking is an industry where female leaders are not uncommon,” she says. She did not let any of this deter her, and neither should you.

21-year-old Vrushali Prasade makes her own rules, be it missing her 10th-grade exam for a TT tournament or dropping out of college to start up. She is the co-founder of Absentia, a virtual reality startup that has raised Rs 1.2 crore from Astrac Ventures in its first round of funding. So what keep Vrushali going?

Take your pick from a host of cartoon characters and funky neon colours — from the Bonjour collection of socks, I mean.

Launched in 1984 by her father, Anousha Jain took over Bonjour as Key Facilitator, New Initiatives, in 2012, when she was all of 21 and still in college.

With a presence in around 10,000 premium stores, malls, and multi-branded giants across India, they have opened 11 exclusive stores in North India in Noida, Ambala, and Delhi. Under her guidance, the company has seen 1.5x growth.

Kharkapas (meaning 'pure cotton' in Hindi) is Shilpi Yadav's labour of love. Launched in February 2015, it is a fashion and design startup centred on ushering age-old Indian textiles and craftsmanship into the 21st century.

The entrepreneurial journey has not been easy but she says, “The satisfaction that goes with creating something cannot be matched. Every moment and every achievement, big or small, drives you forward for the next one.”

Ratna Prabha, Additional Chief Secretary (Commerce and Industries) to the Government of Karnataka, is an IAS officer whose vision of empowering everyone around her is impossible to miss.

She started her career from Bidar, and now in her 35th year in service, she is an inspiration to entrepreneurs. Always enthusiastic, excited, and passionate, she believes in doing things differently.

Pragya Bhatt’s story is like that of any other IT employee but with a twist. She decided to break free of the pattern and embrace yoga to change her life. While the change in her physical appearance was visible to everyone, the impact it had brought internally changed Pragya.

“I think yoga found me and not the other way around,” she says.

In 2009, Nisha Dutt joined Intellecap as a senior manager in consulting and research and within six years, she had become the CEO of the company. Nisha also serves on the board of directors of the Intellecap-Aavishkaar group and has been responsible for conceptualising programmes such as Startup Wave, Innovation Labs, and Credit-tree.

With a long stint at Google Mountain View, Neena Budhiraja moved to India to join Ola as Director of Product Management, Growth. Given her experience in Silicon Valley and with the Indian startup ecosystem, Neena has some great lessons that Indian startups could do with.

Mallika Angela wanted to share a message with the world — women need to be accepted for who they are, irrespective of their shape and size. Mallika hopes that men and women from all walks of life will connect with this message and that her campaign will bring about a change in the society.

Shriyanka Hore’s pregnancy led her to start The Gourmet Food Co (TGFC) and she has taken both entrepreneurship and motherhood in her stride. She says, “Firstly, I learnt that it does not always require capital to start something. Secondly, creating value for people around you will always yield rewards no matter how long and difficult the run-up is. Thirdly, your identity and values go into making an organisation; never compromise on that.”

How can artists benefit from crowdfunding? Does this work in India? What are the success tips for crowdfunding of art projects? Wishberry co-founder Anshulika shares tips and insights.

Nivruti Rai, General Manager, Intel India and VP, Platform Engineering Group, Intel Corp, has managed teams across the globe and climbed up the ladder to create value for Intel India and the Indian ecosystem on the whole.

She is a leader who believes in the strength of collective intelligence.

With 22 years at Intel, the first organisation she joined after graduation, she loves to invent and innovate at Intel. “I can touch people’s lives through technology and make things different for them. That is a high I love and it keeps me running every day at Intel.”

Born with an orthopaedic disability called left hemiparesis (minor paralysis of the left limbs), Madhumita Venkataraman had a tough childhood but she didn’t let it dampen her spirits and developed a positive attitude that has held her in good stead.

As HR Associate Director of Snapdeal, she also leads the company's diversity and inclusion charter, Advitya, through which she wants to connect with corporate heads of other companies to encourage employment for disabled persons.

Taking traditional businesses and using technology to give them a new twist is what Sarah D’Souza, founder and chairman, does at Biosyl Technologies.

The company, headquartered in Hubballi, focuses strongly on biotechnology and its application. Biosyl’s first product was a milk adulteration test kit, which Sarah calls a ‘pocket lab’. The kit helps consumers identify adulterants present in milk before consumption.

Three startups and three solo founders, each of these women has set up a business and stood up to the challenges in her own way. Sanna Vohra, Founder and CEO, Indear.in, which is an inspiration planning and shopping portal for Indian weddings, managed without a co-founder but ensured she had a skilled core team.

Zoya Brar, after working two years with Google, decided she wanted to work for herself. Bitten by the entrepreneurial bug, she started a clinical diagnostics and laboratory startup called CORE Diagnostics.

Anu Acharya’s tryst with entrepreneurship started early in 2000 with Ocimum Bio solutions, which she co-founded with her husband. She started MapMyGenome all on her own to give a separate character to the company and to avoid two levels of authority.

If you're planning to start up solo, you might just find some inspiration from Sanna, Zoya, and Anu.

These stories are about passion, about chasing dreams, and about not giving up. They are about success and failure, and the daily challenges we all face on our road to happiness. That is why they touch us in multiple ways — they inspire, they encourage, but most importantly, they show us that nothing in this world is impossible to get.

Do share in the comments box below which your favourite story is and why. We would love to hear from you.