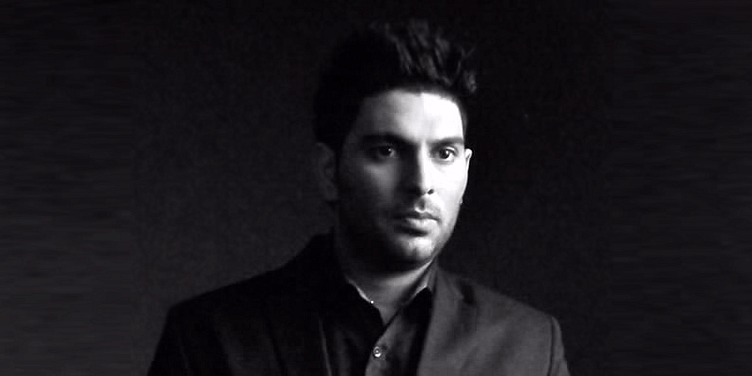 “When life knocks you down, you have a choice….to get up.”

A young boy watched his dream unfold on television in the form of his two idols – Sachin Tendulkar and Sourav Ganguly – making history in the world of Indian cricket. Inspired, he intensified his already-extensive training at Mumbai’s Elf-Vengsarkar Cricket Academy because somewhere deep within, he knew he’d be scoring centuries alongside these two greatest names in Indian cricket.

Yuvraj Singh, the Indian ‘Prince of Cricket’, has proved to the world that once you dedicate your life to your passion, then even the strongest thorns can be nipped in the bud. Yuvraj’s life has been a road of golden opportunities with the occasional closed doors, a tryst with cancer, and the most powerful comeback. This is the story is of a man who didn’t let even cancer get in the way of living his dream of cricket.

“My tryst with full-time cricket began in a funny way — I won the gold medal in only one sport when I was around 10 years old and that was in skating! My father sat me down that day and said, ‘I understand you can’t study but if you love sports so much at least take one that can get you somewhere…focus on cricket.’”

Yuvraj Singh had his fair share of struggles whilst attempting to gain recognition in the field of professional cricket. At a fairly young age, he was sent to Mumbai to train at the Elf-Vengsarkar Cricket Academy, often accompanied by his father – a former Indian fast bowler – who would ensure his son endured the most strenuous training every day. This paid off in the long run, when Singh made the cut to the Under-19 Team (Punjab) and made his first-class debut against Orissa in the 1996-97 Ranji Trophy. His all-round performance in the Under-19 World Cup held in 2000, in which he was declared the ‘Player of the Tournament’, earned him a spot on the national squad.

Yuvraj made his ODI debut in 2000 in the ICC KnockOut Trophy against Kenya, but it was only in the quarter-finals against an Australian team – that consisted of the likes of Brett Lee, Jason Gillespie, and Glen McGrath – that his true potential was recognised. Here, he scored a belligerent 84 off 80 balls, a commendable feat for a first-timer.

From here on, Yuvraj Singh, or ‘Yuvi’ as he is more popularly called, began to dazzle the cricket field. Defining the win for India in the NatWest Series finale against England in 2002 and scoring the ‘fastest fifty’ in a mere 12 balls against England in the 2007 ICC T20 World Cup were just the beginning of his highly successful career. Following this, he went on to hit six sixes over Stuart Broad in the match against England, scoring the fourth highest successful run chase in history with a partnership of 163 with Tendulkar and winning the ‘Player of the Series’ in the historic 2011 World Cup. Yuvi thus rightfully earned the sobriquet of the ‘Prince of Cricket’. And these are only a few of the top victories that make up his illustrious career.

“At first I was in denial about it — playing for India was more important than my health and for a few months I chose to ignore the blood I spat out or my decline in stamina. It’s only once I accepted cancer that I could beat it. When life knocks down you have a choice — to get up. So I thought to myself, ‘get up and do it again.’”

Life has a way of knocking you down when you are at your highest, and that is where tragedy strikes. Yuvraj Singh was at the top of his game, winning the right titles and being in top form after the 2011 World Cup. India was delighted with his performance. However, what no one knew was that Yuvi’s health was deteriorating. He would often experience bouts of breathlessness, spit out gouts of blood, and experience a tremendous decline in stamina. A trip to the doctor confirmed Yuvi’s worst fears.

He had cancer. A giant tumour was growing inside him and pressing against his lung and artery. The doctors told him that if he hadn’t gotten it checked right away, he could have died of a heart attack because the artery was being squeezed – and no one would have known he had cancer. To Yuvi, this diagnosis meant taking an unpredictable break from the career he had dedicated all his life to build. “I cried like a baby. When no one could see me or hear me. Not because I feared what cancer would do, but because I didn't want the disease. I wanted my life to be normal, which it could no longer be,” he later said.

However, he soon realised that he had only one option ahead of him – to get up. Soon, he was undergoing rounds of chemotherapy, refusing to acknowledge the pain amidst his determination to get better, no matter the cost. He travelled to Boston and Indianapolis in early 2012, meeting with the same doctors who had treated cycling legend Lance Armstrong, whose journey he seemed to be on parallels with. Three months later, he was back to his country and anxiously eager to get back on the field. Aiming to resume cricket at the World Twenty20, his comeback match was against Sri Lanka in September, 2012, and he has stayed put since.

“I would be helping young entrepreneurs to expand the business and make India a better place… From technology advisory, financial advisory, seed capital, if you have an idea and the capability to bootstrap your idea, we are there. YouWeCan will endorse your business idea and give you the kick-start you need.”

In April of 2015, Yuvi announced the launch of his new venture, YouWeCan Ventures, an extension of his 2012-established foundation that he built to help spread awareness of and fight cancer. This would function as an investment company to support online startups (including e-commerce firms) to build brands and encourage entrepreneurship. At the time, he said that the company would be investing a rough Rs 40 to 50 crore over the next three to five years, in startups.

According to Nishant Singhal, the Co-founder of YouWeCan, the move came as a result of the dozens of young entrepreneurs approaching Yuvi for support to their online startups. Although Yuvi had been following the market closely for a while now, he only decided to launch the company once he had a professional team, which now includes a six-member team of CAs, technology experts, and management consultants.

Since then, YouWeCan Ventures (has helped?) a number of startups hailing from various sectors. These include some like the online beauty services venture Vyomo, logistics startup Moovo, healthcare startup Healthians, edtech startup Edukart, and online marketplace for the chartering of private jets JetSetGo.

Yuvraj Singh has left no stone unturned in his ‘in it to win it’ attitude to life. Be it owning the cricket field, beating cancer, turning entrepreneur, or even making the comeback of the decade, the 35-year old’s motto in life, in his own words is, “fighting hard and never giving up.”