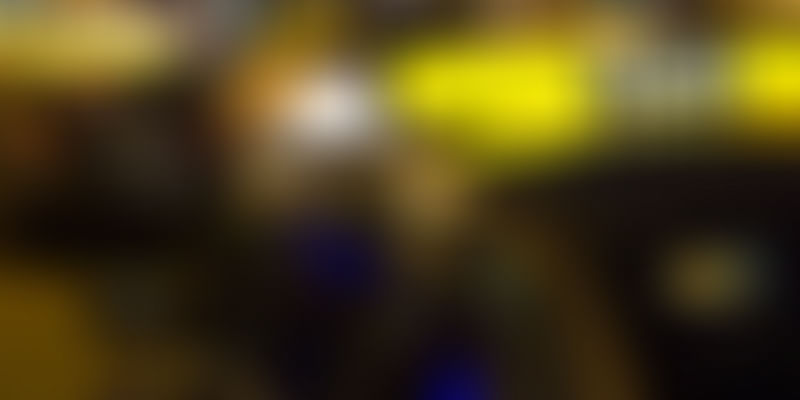 Founded back in 2009, Uber was valued at a whopping $68 billion as of 2015, according to Forbes. It’s USP of being the first of its kind in terms of online taxi services may have helped it achieve a user-base of over eight million. Today, it’s almost a no-brainer to open the app, tap a button, and have a car waiting for us at our doorsteps. However, not too many people know that conceptually it wasn’t actually the first of its kind. The blueprint for clicking a button on your smartphone to book an instant taxi in cities across the world was initially created by a man named George Arison.

At a time when Uber was nowhere close to being launched in the market, Arison went on to establish Taxi Magic in 2008, to provide the same services that Uber would soon become famous for.

Currently the Founder and CEO of Shift, Arison was born into a politically influential family of ample means in the Republic of Georgia in 1977. At a time when tensions were still high between the United States and the Soviet Union, a 14-year-old Arison travelled to the US and received the benefits of an American private-school education. Although he had always desired to return to Georgia and involve himself in the politics of the region, his love for America and its many opportunities had him returning to its shores not soon after his return to his motherland.

His debut in the American professional market was at BCG in Washington, a job that his friend, and later partner, Toby Russell, helped him procure. It was when he was sent by the company to a few of the smaller cities to meet clients that he realised how tiresome it was to try and book taxis in unfamiliar cities. The need to simplify this hectic process is what propelled him to stumble upon this idea, and wasting no time, he set up a meeting over drinks with Russell and the latter’s entrepreneur-turned friend Tom Depasquale.

“At some point that night, it occurred to me that we weren't just having drinks. We were founding a company,” Russell later told Inc., in an interview. “So we did. We invented the on-demand, press-a-button-and-get-a-car-and-pay-for-it-electronically space,” he added.

The trio thus pooled in ideas and resources to build a company around this concept, which was initially called RideCharge. Depasquale, who was working full-time as the Executive Vice President of Technology at Concur, decided to link the two companies by arranging for RideCharge to work as a plug-in to the Concur expense-reporting tool. The idea was that business travellers would use RideCharge to book and pay for their taxis, and at the same time, RideCharge would add a service charge on top of the fare.

Although it sounded simple enough, there were some major drawbacks in the structure that didn’t allow Taxi Magic the illustrious future that Uber currently enjoys. Although the company grew fairly well for a little while following its launch in December, 2008, which witnessed over 30,000 downloads in a day, there were a number of constraints that halted its growing process in the long-run.

Firstly, one of the company’s foundational flaws lay in its arrangement with Concur. This arrangement not only limited its audience to the latter’s existing users, it also prevented it from attracting deals with the market’s best investors. At the same time, the founders were quite bent on selling the service the way they deemed fit, instead of making allowances for the basic amount of flexibility that comes with customer usage and inputs.

Secondly, the payment system was also more complicated and long-drawn compared to the ones used by Uber today. In Taxi Magic’s payment system, the customers had to choose to pay through the app to generate the service fee to Taxi Magic, even though all they wished to do was book a ride on the app. Along with this, they were made to pay the driver separately and then Taxi Magic would have to charge them the fee separately, which caused a great bout of confusion and mismanagement.

Thirdly, the booking system had many flaws as well. Instead of sending across a taxi which was across the street, the company would send one that hadn’t been dispatched in a while, forcing the customer to wait for longer periods. Not surprisingly, the impatient customer would usually cancel and find their own way.

But the one idea that could have helped the company achieve the reputation that Uber enjoys internationally today was vetoed by its very own board members. Arison had suggested that the company make an end-run around the taxi-dispatch systems by creating a companion app for drivers that would effectively become a new, better dispatch system. This idea, which could have earned the company millions, is the one that helped Uber become as popular as it is today.

Despite Taxi Magic’s unsuccessful attempts to dominate the app-based taxi services market, Arison remained undaunted. Instead, he decided to concentrate his efforts on Shift, which has currently drawn up over $74 million and also managed to break-even in the fall of 2015 in San Francisco – its largest market.