MCaffeine: Coffee for your skin, anyone? 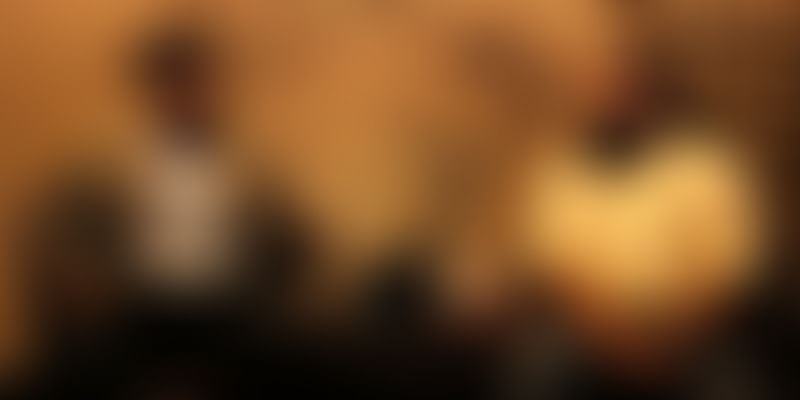 The name ‘MCaffeine’ will probably have you thinking about coffee from an international company, but a close look at the bottles reveals shower gels, face washes, and shampoos to make your skin glow with caffeine extracts.

MCaffeine’s founders, Vikas Lachhwani and Tarun Sharma, are individuals who lead dual lives. At work, they are known to be precise in their decision making. Outside of work, Vikas is a singer, songwriter, and poet and Tarun is into standup comedy. So then why become entrepreneurs? The answer is that these guys are good with numbers and understand consumer behaviour.

In one sitting with them, it becomes apparent that they are not quoting numbers from reports or the internet. They created MCaffeine to sway consumer habits from using corporate brands. “In the digital world, you can gather data faster and for any new brand, selling online is a great way to get testimony about the products’ quality. Those initial adopters will become champions of the product,” says Vikas Co-founder, MCaffeine.

The duo met in Mumbai through a common friend in 2012 and quickly developed a strong friendship. Despite the nine-year gap between the two — Vikas being 37 years old and Tarun 28 —, they loved to talk about data and its benefits for operations in new age organisations. Vikas had previously worked in Bentonville, USA, where he was employed with one of the world’s largest retailers, studying promotion and product stocking strategies for several years. “The experience of forecasting consumer demand with several parameters such as behaviour, consumption patterns, income, and culture made me realise that any business can succeed, provided they know what makes their products sell,” Vikas says.

Tarun was a software engineer who joined the operations of a food delivery startup. Vikas moved back to India from the USA in 2010 and set up a startup that focused on transforming HR practices through the use of data.

It was in December 2015 that the entrepreneurial bug bit them.

The evolution of MCaffeine

In Mumbai, Vikas and Tarun met again and researched skin care brands and extracts. By January 2016, they had commenced building their business.

“We were leaving our previous roles and were wondering what to do next. We discussed several ideas and homed in on building a personal care brand,” says Tarun, Co-founder, MCaffeine. He says that the reason they chose personal care was that there weren’t many new age brands for younger consumers today. Why choose caffeine as a product? This came about because while researching extracts, they found online literature which stated that caffeine is very nourishing for the skin. They roped in consultants who designed formulations for skin care and began creating caffeine-based shampoos.

The results showed that they had something that could be marketed, provided they found themselves a manufacturer. They spent the next four months meeting 12 manufacturing firms across India before they zeroed in on one in Ahmedabad. They chose this vendor because he understood how the formulation of caffeine had to be manufactured, and the name MCaffeine was born.

After contracting a certain set of orders, they began selling it in a local saloon in Mumbai. People validated the product for its consistency and by October 2016, the company began to order six stock keeping units (SKUs). They are planning to launch 40 SKUs by 2017. Immediately, they began selling through Amazon, Flipkart, and Snapdeal. They have so far sold 30,000 SKUs and plan to scale up further by selling on retail channels.

The company is signing a contract with a large personal care products retail chain which will give them access to 200 touch points. Today, the brand’s sales are completely online. “We already notice that the buyers are ready to experiment and come back to purchase a product if the brand communicates a certain ethos,” says Tarun.

The company’s warehouse in Bhiwandi, a town outside of Mumbai, is managing pan-India distribution. But the company believes volumes will be built with offline channels opening up. They have invested close to Rs 1 crore in the business, but thanks to their connections, several retail and technology industry angels like Krishna Mehra and Harminder Sahni invested in the company. MCaffeine raised Rs 2 crore as seed capital in 2016.

“The digital age changes the dynamic in favour of entrepreneurs who can sell to audiences that discover products through websites and are complete digital natives. Combined with the founders’ background, it makes this business formidable,” says Harminder, Founder of Wazir Advisors, a retail consulting company.

The business works like any in the FMCG industry — it has a supply chain and a channel. The margins are shared by the chain.

There are several brands that have cropped up in 2016 alone. There is Ava Skin Care and Fit & Glow that scaled up operations last year. Only Fit & Glow has grown to a Rs 40-crore brand in two years. Ava is a Rs 1-crore brand and scaling up fast. These brands, including MCaffeine, are alternatives to brands of ITC, Unilever, and P&G. ASSOCHAM, in a recent report, estimated the personal care product industry to be at $6.5 billion and expected to touch $20 billion by 2025. On the opportunity alone, which is increasing consumption, brands like these can make it as top favourites. These can also become acquisition targets of several large MNC or Indian FMCG players.

“The consumer study is important because their needs keep changing. It is important to make them aspire and also use products that communicate their personality,” says Vikas.

“Brands have increased their presence across towns. It is no doubt that people are willing to experiment with changing income levels in several tier 2 and 3 cities,” says Prem Kumar of SnapBizz.

After taking to caffeine, Vikas and Tarun are certainly riding high, and hope it keeps their energy levels elevated enough to build a multi-million-dollar brand.