They first showed women how to pee standing up, and are now killing period pains with a “herbal patch” 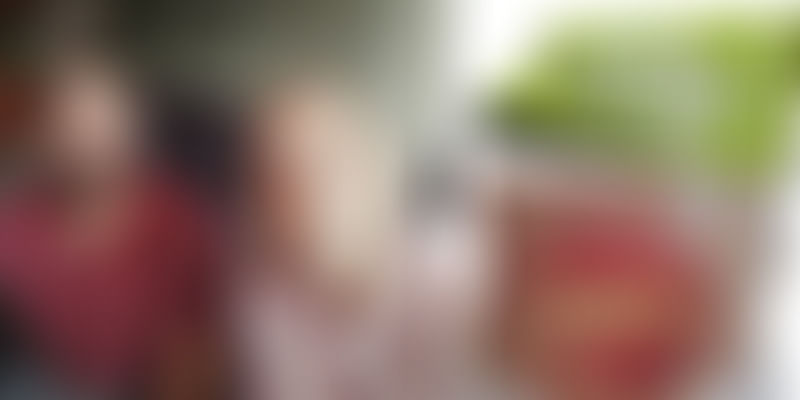 Almost three years ago, three buddies created a hack that helped women everywhere “stand up” for themselves, quite literally. The "PeeBuddy" wasn’t just a fun, novelty product. It symbolised the bizarre lengths we will have to go to, in order to undo the hostility of the infrastructure and amenities that simply haven’t been designed keeping in mind the special needs of women. While the tribe of these men is not multiplying at a pace we would have liked, what’s great news is PeeBuddy’s business and products are. The trio is now going after period pains with a completely natural and utterly simple solution – the Sirona Herbal Patch.

Tripping and standing up

Launched mid-2014, the idea of PeeBuddy germinated from a road trip where “the women made our (the men’s) lives hell by wanting to stop at every fuel station (for bathrooms)” and still being utterly unsatisfied by their hygiene levels, brooded over how they wished they were in Europe; where reusable, plastic devices to urinate in any dirty toilet were commonly used.

For Deep Bajaj, an events and management professional who was on this trip too, this musing struck three sevens. He dug deeper, only to discover the ubiquity of it – women either had to wipe the seat, which could lead to UTIs and other infections, squat, or avoid going to the toilet altogether, all of which led to even more serious issues like kidney stones, etc.

Previously, he was helping his wife with the business side of her carpet and rugs designing company. But, he decided to see this brainwave through, and took up PeeBuddy full-time in April 2014. Mohit Bajaj and Rahul Anand, two other friends who were also with him on the trip and witnessed the debacle, decided to join Deep in this venture. They quit their cushy finance and advertising jobs to go on board officially as co-founders. Rahul however, moved out of the company around October 2015; but the trio was complete once again, as Deepak Thareja - Deep's ex-colleague at Birla - joined in the capacity of co-founder only two months later, in December 2015.

Delhi-based PeeBuddy builds women’s hygiene and intimate care products to enhance the quality of life for women across the country. Their flagship product, a patented paper-funnel ‘PeeBuddy’, ergonomically fits in between a woman’s legs, enabling her to urinate through it standing up, thus avoiding any contact with dirty common toilet seats. It even helps women with posture-related diseases and restrictive conditions like arthritis and pregnancy, respectively.

“Continuing the same journey, we listed down other challenges which affect women in daily life scenarios and period pain was one of them,” says the 33-year-old.

After its viral success, they are now going after period pains with Sirona, a herbal patch meant,to relieve the pain that normally accompanies one’s period in unfortunate abundance.

And much like his first ‘eureka’ moment, his second epiphany also struck when he was saw one of women’s many predicaments play out in front of him.His wife had run out of her painkillers – her elixir to survive her period ‑on her first day when the pain often peaks. “I had to run to a medical store at midnight. That night we spoke about this at length, and she explained how pills are not only harmful but also don’t last that long. Next day, I reached out to a few experts and realised we can solve this issue using mother nature’s remedies. Menthol and eucalyptus oil have great medicinal properties and can de-clot the crams,” he says.

They created a prototype, tested it repeatedly with the best of gynaecologists until they were finally ready to christen it ‘Sirona Herbal Period Pain Relief Patch’ – and hence, launch India’s first herbal period pain relief patch, a proprietary Ayurvedic formulation.

One must take one patch from the pack, apply it on their belly button, lower abdomen, lower back or calves and give it five to seven minutes to start working its charm. Once done, peel it off like you would a band-aid, and in case of bodily hair, use a wet cloth. A pack of five costs approximately Rs. 292.

For their launch, in December 2016, they took the call not to traditional advertising avenues as they were to cluttered, or to tie up with the bigger e-commerce portals as they’re more driven by ticket-size. They took the strategic decision, instead, foster an exclusive tie-up with a Mumbai-based beauty products platform, Purplle. “Special banners, emailers, notifications were designed with special offers. Leading bloggers were engaged to spread a word and it worked well for us,” says Deep.

Soon, they will make Sirona available at leading offline stores, including pharmacies. Besides that, their website has a listing, and they will deliver pan India.

What else they have been upto

Since YourStory last caught up with Deep, they have covered a lot of distance. They have since tied up with leading marathons like Standard Chartered Mumbai Marathon, TCS Bangalore Marathon, Airtel Delhi Marathon, where PeeBuddy is bought and distributed complimentary to women every season, and they have been lauded at NDTV’s ‘Real Deal’ Investors Choice Awards, CIMS Healthcare Excellence Awards and more recently, entered LIMCA book of World Records.

Since they started their journey in 2014, they have added eight other products to their gamut. Their products are sold through leading stores‑ like India’s first oxo bio degradable sanitary disposal bags‑ solving lack of options for discreet disposal of sanitary products including pads, tampons, panty liners; India’s first intimate wet wipes; an FDA approved applicator tampon; and under arm sweat pads, for avoiding sweat mark related embarrassment. They have also started to export to Europe and have eight other leads.

The 20 lakh Mumbai local women commuters, five lakh daily Delhi metro women travellers, 11 million annual women passengers at Delhi airport, the four in 10 pregnant women who undergo caesarean surgeries in urban areas, the 90 million women in India suffering from arthritis, and the more than 50 percent women who have at least one UTI during their lifetime will all find value in PeeBuddy’s varied solutions

“Stay tuned and we will solve many other issues,” Deep quips in conclusion, adding,“for we are blessed men who understand!”