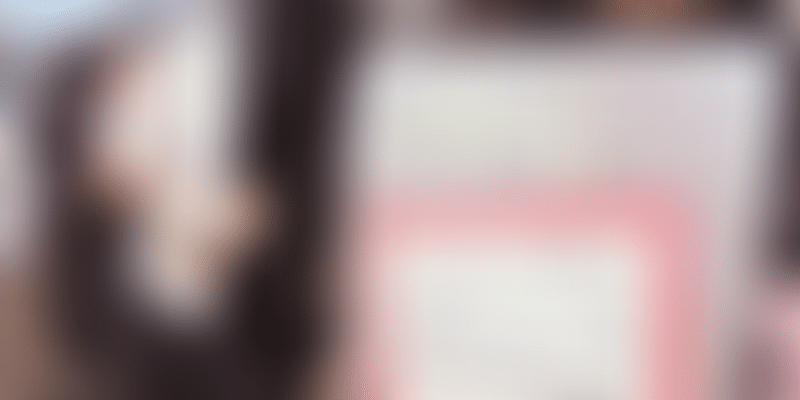 It was in 2008 that I met Shehnaz in Bareilly. She was sitting in late father's room and tearfully narrated to me how her marriage a year ago broke up within two weeks. Her husband found her unattractive and -- she was later to discover -- he already had another woman in his life. One day in a fit of rage, he pronounced talaq, talaq, talaq. And Shehnaz found herself divorced!

It helped that her father - she said she was his favorite - stood up for her and let her back into her natal home. And though her husband paid her the meager 'meher' that was agreed on at the time of marriage, she could never recover the cost of the wedding and the gifts. Nor the humiliation and shame in the community.

The divorce left her father broken and he succumbed to a stroke within a few months. Shehnaz had then turned to Shaista Ambar, an activist who was to soon break new ground by constituting the All India Muslim Women's Personal Law Board (AIMWPLB). Among other things, the board's aim was to do away with the triple talaq system, or what more accurately should be called the system of instant talaq.

Ambar had even drafted what she called a model 'nikahnammah'. Because Muslim personal law was not codified, she felt that there was widespread abuse of clauses like divorce and maintenance, and women suffered as a consequence. She felt compelled to form a new board precisely because the older All India Muslim Personal Law Board (AIMPLB) had proved itself to be utterly inept, unable to keep up with the times and respond adequately to women's concerns and needs. Moreover, men vastly outnumbered women on the board, with the latter playing only a ceremonial role.

Eight years hence that is exactly the argument that is being put forth by those like Zakia Soman, Founder of the Bharatiya Muslim Women's Andolan, who is spearheading the current campaign against the triple talaq. The Andolan was established in 2007, for exactly the same reasons that drove Ambar to set up the AIMWPLB -- that community leaders, the AIMPLB, and sections of the clergy had been unable to initiate reforms in Muslim personal law.

But what exactly is the triple talaq system?

It allows a man to divorce his wife by simply pronouncing the word talaq - Arabic for divorce - thrice, usually at one go. All that was left for him to do was to provide maintenance for the next three months - the time frame necessary to ascertain whether she was pregnant or not. And in case she was not, she would be on her own. It leaves no space for reconciliation or a rethink.

Many men have simply pronounced the word in an inebriated state and have annulled their marriage. Men have also been known to send their wives divorce by texting them or pronouncing talaq thrice over the phone. In case a man changed his mind, simply reuniting with his wife is not possible. In such a case, the Muslim woman has to first undergo a process of 'halala' - have sexual relations with another man - before she can be reunited with her former husband.

Many believe that this system of instant talaq and halala is an aberration of the Quranic injunction, which provides for divorce through a spaced out talaq system. That is, where talaq is not pronounced thrice at one go, but over a period of three months. This is to allow the couple space to change their minds and to facilitate reconciliation. But the process of instant talaq gives the "man extraordinary powers and keeps the wife in a state of perpetual submission to the husband. It is patriarchal and anti-woman and must be done away with once and for all," says activist Feroze Mithiborwalla, one of the men active in the campaign to ban triple talaq. On the other hand, it has been alleged, the practice of halala encourages prostitution.

That is why every now and again the issue of banning the triple talaq has forced itself into public debate and discourse. But every time sections of the Muslim community, most notably the AIMPLB and sections of the clergy have kicked up a fuss, crying themselves hoarse about Islam being in danger, political parties have acquiesced and the issue usually moved to the back burner. The case of Shah Bano in 1986 had been one such

The case of Shah Bano in 1986 had been one such moment when the government at the centre had buckled under pressure from the AIMPLB, though prominent members of the community like MP Arif Mohamed Khan had protested.

But 30 years down the line, those like Soman believe that it will be difficult to out the issue on the back burner. And the most plausible explanation is that India has changed and Muslim women are no longer willing to kowtow to the clergy or to the self-acclaimed leaders of their community who are unable to respond to their needs.

A silent movement amongst women - who are at the receiving end of this system - has been building up.

Soman, for instance, has travelled the length and breadth of the country, communicating with women, holding workshops, translating the Quran in different languages so that women could read and find out and interpret for themselves the scriptural injunctions. Ambar even founded a mosque where women could lead prayers and drafted a 'model

Ambar even founded a mosque where women could lead prayers and drafted a 'model nikahnammah'. Increasingly too, women have been turning to secular courts for justice, where, in a number of cases, courts have struck down instant talaq. Most recently the Allahabad High Court came down heavily on the practice. Social media has put people in touch with one another, making political and physician boundaries irrelevant, and significantly easier to mobilise.

The Muslim population is a more youthful one, more educated, confident and assertive of its rights in a liberal democracy. It is becoming increasingly difficult to sway their opinion by cries of 'Islam is in danger' and it seems, at least in large parts, the stranglehold the clergy had over the community has been broken. They have observed how the personal laws of other communities, notably the majority Hindu community, despite opposition from sections of society have undergone numerous reforms, earlier unthinkable.

Most importantly, they see how triple talaq has been banned in numerous Muslim-majority countries, including in those like Bangladesh and Pakistan. It is also instructive to remember that even in Israel, where Muslims constitute a minority, as they do in India, Muslim women have long been campaigning and even achieved some success for secular personal laws. Many men too have joined in this campaign.

The only people who seem opposed to the ban on the triple talaq is the AIMPLB, which is dismissed by Soman as just 'another NGO' which has nothing positive to show for all its years of existence. It is also interesting that the All India Shia Muslim Personal Law Board, too, does not recognise the validity of the instant talaq.

There is a churning today within the community and it seems improbable that the genie will once again be quietly put back into the bottle. We need to applaud it and applaud it loudly.