CoupLink, a startup trying to bring pre-marriage counselling in vogue in India 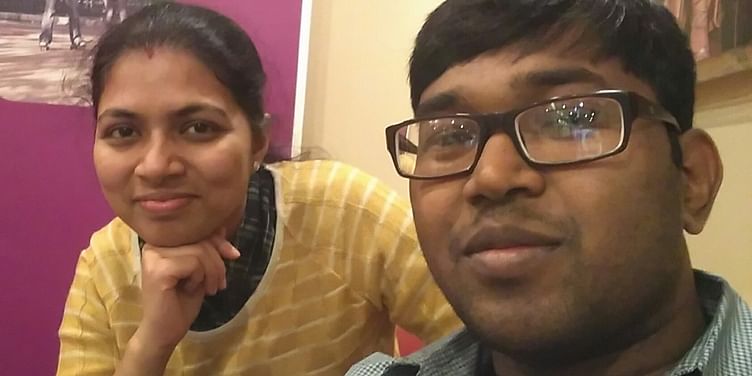 Marriage, as we all know, is one of the most critical aspects of one's life. However, marriages in India are still not in sync with the rapid changes surrounding us and that's why divorce rates are increasing. Individuality, in many cases, is not considered. Pre-marriage counselling is not at all in vogue. Even if there is some counselling, it is not holistic in nature. There is no concept of real compatibility checking, despite the widespread use of horoscopes. While there are some tools to check compatibility based on personality, they are myopic as they do not consider an important aspect, i.e. family and culture.

These questions were not significant in Susmita Mazumdar's life until she started observing that people around her were getting affected by it.

According to Susmita, "The separations I encountered among my friend circle shocked me more because, being friends with them, I knew they were good as individuals. This intrigued me further to understand why this was happening and if it could be avoided."

This led her to start the journey of CoupLink with her husband Tuhin Mahato as the co-founder. The company found its way into the world in May 2016 and operates out of Kolkata.

How did they go about addressing the opportunity?

According to Susmita, "Both of the founders are consumer researchers by profession, so the idea of developing a statistical framework for a holistic understanding and predicting couple compatibility came naturally. We then conducted a nationwide online survey among both married and divorced individuals. We analysed the data and created a draft model after repeated iterations. The model worked well, giving us meaningful results."

They provide overall compatibility checking through data analytics to prospective couples. They take details of both individuals of the proposed couple and feed it into their model to arrive at a compatibility score. The score is based on different areas (like attitude, education, family background, communication upbringing, occupation, behaviour, etc.). The model helps to bring out the possible points of difference and provide guidelines to make the relationship work better.

As their USP they also let the proposed couple know how they stand compared to a normative database of successfully married couples.

With approximately one crore marriages in a year, the wedding industry is pegged at over Rs 1,00,000 crore. An old ASSOCHAM study expected the online matrimony industry to be Rs 1,500 crore by 2017. However, as per their estimate, compatibility checking like theirs has the potential to become a Rs 100 crore industry within three to five years.

Their service works on a freemium model, where the user gets the overall compatibility free of cost but needs to pay for the complete report. The revenue is generated through the fee the user pays. They are trying to get in touch with the online matrimony players to tie up with on a commission basis. As they grow, they plan to open their platform to advertise/ listing for wedding service providers.