Sandeep Aggarwal's Droom wants to zoom towards an entire ecosystem around the car — can it make it? 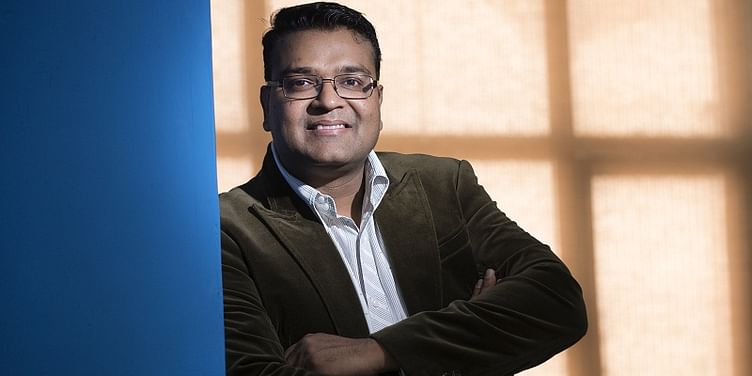 The company has enough cash to sustain itself. But does it have a chance to make it big by serving the disorganised automobile retail industry?

One fine day in May 2014, Sandeep Aggarwal, founder of ShopClues, gets a call from investor and Beenos Group CEO Teruhide Sato who wants to meet him at Great Eastern Restaurant on Jackson Street in San Francisco’s Chinatown. Teruhide sounds excited about both the meeting and the setting. He animatedly informs Aggarwal that Barack Obama had chosen to visit this restaurant over others in San Francisco during his presidency. He also tells him that he is looking forward to hearing him talk about his next big business idea.

Their meeting began at 6 pm and went on till midnight until they were asked to leave the restaurant. They shifted to a Holiday Inn close by where the conversation continued well into the wee hours of the morning. Teruhide listened intently to Sandeep’s narrative about how he wanted to build a digital marketplace for pre-owned vehicles in India with a mobile-first strategy. In the end, Teruhide said, “You asked for $150,000 — I am ready to put in a million.”

Sandeep, who had spent the previous week preparing the business plan for Droom, was excited that it had been validated. The following week he met Itchak Friedman, Chaim Friedman, and Jonathan Friedman, investors from Lionbird Ventures which had invested in ShopClues. He managed to convince these investors as well, who agreed to put in $1,000,000. Says Sandeep,

“Timing was everything because all investors were betting on India and they saw an opportunity for a business that could go beyond classifieds and lead generation.”

With $2 million in Droom’s account, Sandeep began to expand its operations in July 2014. The two deals came as s morale booster for Sandeep who had to face the ignominy of getting arrested in the US in 2013 on insider trading charges; he was accused of leaking trade-related information when he worked as an analyst at an investment bank in San Francisco in 2011. While the case is still in court, Sandeep believes the arrest had an impact on him and that the only catharsis was in starting another company and reassuring himself that his ideas would still be able to raise money in the market.

So why did Droom's investors bet on this market? A report by the Indian Blue Book and Mahindra First Choice puts the size of the pre-owned car market in India at 3.3 million units per year. However, despite there being around 30,000 dealers just handling pre-owned cars, only 12 percent is organised.

The corresponding numbers for the two-wheeler market are five times the car market. Sandeep believes the combined size of the pre-owned vehicle market is worth over $100 billion. Even if the market size were to be $25 billion as per conservative estimates, it is worth going after, says Sandeep.

According to the Indian Blue Book, the market is 35 percent semi-organised and 19 percent unorganised, while consumer-to-consumer transactions make up 34 percent of the pie. Droom’s intentions were to get the semi-organised and unorganised into the basket. “Every company says it is going after 100 million Indians or more, but we first want 10 million loyal consumers,” Sandeep says.

The company claims it has one lakh businesses on its platform currently with 90 percent of its revenue coming from B2C (business-to-consumer) services and the rest from consumer-to-consumer services. “We are keeping our costs low,” says Sandeep, adding that of the money raised, he has spent less than 4.5 percent on marketing and that he would rather spend on building a tech and data sciences team. Says Sandeep,

“In 2015, Indian consumer internet companies spent around Rs 500 crore or more on marketing and advertising activity. I cannot do that.”

He adds that he would rather create data about the entire automobile industry and make money by selling it to the consumer and business ecosystem. Although its current ratio, when cash is included, is 11.3 times, one must note that it is only 4.13 times when cash is removed. One removes cash from the current ratio when a company is flush with funds. While it has funds to pay off its liabilities, it must watch out that this number does not drop below one; dropping below one means liabilities are burning the company.

How Droom hopes to make money

Shray Kashyap, owner of Kashyap Motors, a motorcycle dealer in Delhi, believes that being on the platform has expanded his customer base in the Delhi region. “It is bringing a younger audience to us and the fact that it is mobile has helped us to turn our inventory faster,” he says.

The company sells more than 150 used two-wheelers in a month and believes Droom has added value to its business.

Similarly, Nikhil Gupta, owner of Bhagvati Motors in Delhi, wants to use Droom as an additional sales tool. “I believe in a couple of years the younger generation will discover car inventory online and will also buy them online if the data of the vehicle is clean on the platform,” he states.

Of the one lakh dealers on the Droom platform, there are 10,000 active dealers who pay for the premium and professional services. Around 1,000 dealers pay the company an annual subscription, upwards of Rs 10,000, for using the platform.

This service is similar to Kelley Blue Book in the US, which has millions of data points about car-buying history across the country. This service, currently free, will open up opportunities for monetisation when dealers ask for comparisons of the costs across a decade by variant, distance travelled, and by driving history.

Droom is going after the history of a vehicle too. Christened Droom History, this service is a repository of data about the 220 million cars registered in the country. The quality of the data will have to be cleaned and verified by Droom. This service too will be monetised in the future.

The biggest bet of them all is the automobile credit that the company wants to offer to consumers and dealers. This business, when launched, will make Droom’s other three services more valuable and eventually scale up. Sandeep is currently readying for a pilot of the service and has tied up with a couple of banks and NBFCs to launch it. “This will be our bet on the fintech space that can reach a lot more consumers and complete our business value chain,” he says.

It has also added automobile inspection as an on-demand assurance service on its app for consumers who want a third-party take on the vehicle they want to purchase.

The four businesses it is after are:

The company’s ambitions are to build a large data repository for India and simultaneously scale up in Southeast Asian countries like Indonesia, the Philippines, and maybe even other countries like Australia. The big question is whether the platform will ever make money. The argument is that if Uber and Airbnb do not make money, why should an Indian startup? The jury is out between acquiring millions of customers versus focusing on operational efficiency. Droom is yet to go on a spending spree on marketing. But there is nothing like a good business that generates cash from operations in under five years. It is here that Droom has to find the right balance.

Droom faces competition from Quikr and OLX. Sources say Quikr’s losses are well over Rs 500 crore. Carwale, CarTrade, and CarDekho are in the discovery and lead generation business in which advertising plays a major source of revenues. CarDekho has raised $65 million, CarTrade $185 million, and CarWale $7 million.

Clearly, Droom has to be different in a crowded space and therefore its four-point strategy becomes essential to its survival. The key question is how and when these businesses will make money and that too with a mobile strategy. This is a difficult question to answer because it all depends on when cars will be bought online, which will entail a behaviour shift by consumers. Droom has raised $45 million so far and believes it is a data science company.

India is a bet that will see these businesses create data and sell out to a foreign player or merge with each other. It is no different from internet businesses in the US. The only problem is the high rate of money burn in acquiring customers. Mohandas Pai, founder of Aarin Capital, says,

“Startups in e-commerce have burned a lot of money in India. They will not make money for a very long time. What is the business model?”

Meanwhile, Sandeep says the company has covered close to 421 towns and villages in India through the app. One hopes that internet metrics really generate cash from operations and does not live off VC money. Speaking to YourStory Pradeep Kar, founder of Microland, says, “You need to have the ability to raise money and be able to take decisions which you, as a founder, believe in.” Pradeep is right because he built and sold four internet businesses. Sandeep too should live by the same creed or wait for Indians to move completely online. The former is more likely and a tricky play for Droom to zoom.