Started by millennials for millennials, One Day Millionaire lets you experience luxury for a day 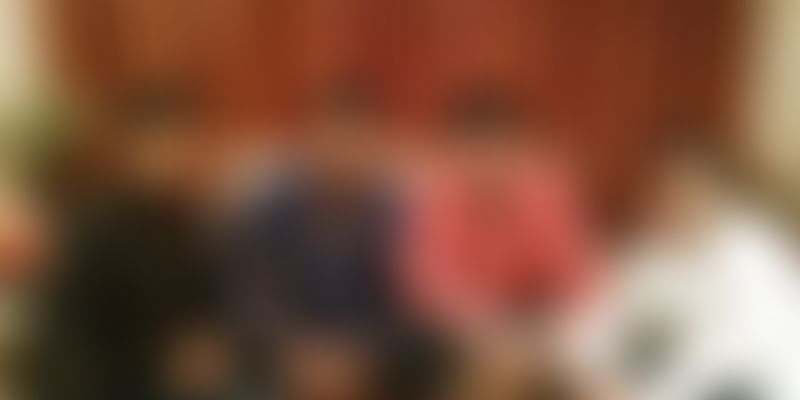 “There is a 25-year-old customer of ours who is possibly earning Rs 50,000 a month; he rents at one of the best apartment complexes, rides in a luxury cab, and eats out at the best places. He isn’t willing to wait; he feels that if he has the means, there isn’t any reason that he shouldn’t live luxuriously today, without owning. We have a whole generation and breed of such consumers today,” said Jitendra Jagadev, Co-founder at NestAway.

It was with an aim to cater to this need of the new consumer that millennials 25-year-old Rahul Gaba, a PGDBS and ex-banker; 21-year-old Saurabh Arora, who is pursuing B.Com (Hons) from Delhi University; 25-year-old Paras Raja, a Delhi university graduate who has worked as an administrative head; and 26-year-old Luv Arora, who has worked in digital marketing and has a PGDBS from Manipal University, started One Day Millionaire and Experience Saga. Apart from the five co-founders, the team is made up of freelancers and consultants.

One Day Millionaire gives luxury experiences to people who seek them. The team has tied up with some of the best five-star hotels, luxury car rentals and rejuvenating spas in Delhi.

The day of the experiencers begins with a chauffeured drive in a luxury car to a five-star hotel. There, they are treated to fine dining, where the lunch and dinner menus are unique, selected just for ODM customers. The evening is spent in a spa, with a photoshoot, or watching a screening of the director’s cut of a movie.

Experience Saga, on the other hand, caters to unique couple experiences in Delhi/NCR. “From candlelight dinners to full-day experiences, we have got it all covered, that too based on the customer’s budget,” says Saurabh.

The idea of ODM came to Rahul when he was planning to make his best friend’s birthday special. He was looking for a luxury experience where he would just have to pay and not worry about managing different things (arranging a luxury car and a dinner at a five-star hotel, coordinating with different vendors and so on).

But to his dismay, he couldn’t find any such services. This led him to the idea of starting up and solving this pain point, and he roped in the core team through his friends.

However, within two months of the launch, the team realised that they were leaving unaddressed a major chunk of the market by catering only to the luxury segment. Out of the total enquiries, approximately 60 percent wanted to do something special but had budget constraints. Says Saurabh,

“This got us thinking, and we came up with Experience Saga. At ES, the experiences start at Rs 2,500 (per couple), which we further plan to bring down to under Rs 2,000.”

The founders knew they had struck gold when they got their first booking even before they officially launched the platform. However, the team initially had to face several rejections. Almost all the five-star hotels rejected the idea. Saurabh says many told them that there were several such deals startups cropping up and dying every day.

“To overcome this, we changed our approach. Instead of asking them to give us a deal, we started promoting their product and services through our platform (using social media, emails, calls and SMS), even without getting a deal from them. We were able to generate leads. We showed them the results, and they were convinced to collaborate with us,” says Saurabh.

However, in the first month, they got only one booking. It was only by slowly pushing their digital marketing strategy that they were able to achieve an average of 250 bookings a month in Delhi.

“We are the only service provider to offer an end-to-end luxury experience. If someone plans to arrange all this by themselves, they will have to shell out approximately 30 percent more, in addition to having to face the hassle of organising the whole affair and coordinating with different people,” says Saurabh.

The team focuses on onboarding only those vendors who can provide exclusive and personalised experiences. They operate on a commission-based model, taking a fee from the vendors.

While the debate between what is more important — discounts or consumer experience — is never-ending, one cannot deny that as a consumer, it feels great to get a product or service at a discounted price.

Everyone looks for the best deals for the best services, and this is no new phenomenon — the industry for coupons, after all, is over 130 years old. There has just been a shift in terms of moving away from hunting for and cutting out printed coupons to a preference for apps and platforms.

However, the coupons world still plays host to several players. One such player is CouponDunia, in which Times Internet had acquired a majority stake in 2014. There is also Little App, which saw a partnership with and investment from Paytm and Vijay Shekhar Sharma. Another player in the field is the recently pivoted and funded The BlueBook.

One Day Millionaire is aiming for 15,000 bookings in Delhi by the of this year and plans to enter Mumbai.