“One of the biggest perks of working for an IT company is the fact that you get these awesome benefits, especially the Sodexos that help you with monthly groceries and stuff,” says 34-year-old Kumar, who works at an IT company in Bengaluru.

Employee benefits as such stopped at Sodexos and meal passes. This was something that 32-year-old Ankush Gupta noticed while developing apps and games for over seven years. He felt that it was a space that was lacking in innovation. “Sodexo pitched its gift cards to Powerhouse, of which I was the director, and asked for a 10 percent kickback. That was shocking! The margins were big, and so, I studied the model, saw an opportunity in the space, and jumped in,” says Ankush.

His research led him to start CINQO, which provides tax-free solutions for employees, expense management for companies, and salary cards for the lower strata of the employee base. Ankush claims that CINQO's employee benefits solution helps employees save up to Rs 55,000 in taxes annually.

The company issues meal vouchers and medical vouchers to employees, and handles fuel reimbursements as well. CINQO also issues gift cards. All these products are completely digital, and offered via a prepaid card in partnership with DCB Bank and Visa. These are also available via mobile apps on Android and iOS.

The products can be used across 200,000 merchants across India, via PoS machines or online payments. Says Ankush,

“Salary cards are being used by companies who currently pay their employees in cash. Instead, they are issuing general category CINQO cards with ATM withdrawal feature.”

When Ankush got the idea of CINQO, he roped in his friend, 32-year old Smeet Modi, with whom he had earlier attempted a real estate startup. They had to shut the venture down due to the red tape involved in the operations. “When I discussed CINQO with Smeet, he said ‘I am in,’ within two minutes” says Ankush.

The duo then met Sejal Desai through LinkedIn. She was working Crisil at the time, and joined CINQO as the Head of Business Development. Vinay Patodia, the company’s CTO, was roped in through a mutual friend.

Roping in clients and talent

However, getting the right talent at the right price wasn’t easy. Ankush points to the fact that there are several funded startups in the ecosystem that are willing to pay employees whatever they want, in light of which it was difficult to find people and retain talent.

CINQO works like a normal prepaid card. The employer signs up with CINQO, after which the latter onboards employees at the office of the employer. CINQO does the KYC of the employees. The employer finally loads the wallets/cards of the onboarded employees, who can then start using CINQO at any merchant with a PoS terminal.

The team began with meeting over 300 companies, of which 50 expressed interest and 25-odd ultimately signed up as clients with CINQO by last year April. Since then, the team claims to be signing over seven companies every month, each with an average employee base of over 300. The team claims that their client list includes the likes of Shoppers Stop, Pamac, and Ricoh to name a few.

CINQO provides all the services a corporate company requires – tax-free perquisites, reimbursements/expense management, gift cards (with tie-ups with over 200 brands), and great exclusive deals. CINQO makes money off every transaction engaged in by the user. “We earn interchange revenue. CINQO also earns on the issuance of gift cards and the redemption of deals,” says Ankush.

In today’s digital world, more and more benefit and discount cards, like Quirk Card, are coming up, and brands themselves are giving added discounts as well. Sodexo itself, while working with over 10,000 companies in India, doesn’t have the kind of command it did earlier.

There is also Edenred, which is rolling out its smart coupon-based programme in Madhya Pradhesh and has worked towards revamping the delivery of food grains through their public distribution system.

The CINQO team plans to expand their client base to 100 companies as soon as possible. Today, CINQO is present in three cities – Mumbai, Delhi, and Bengaluru – and they are planning to expand to Hyderabad, Pune, and Chennai soon. 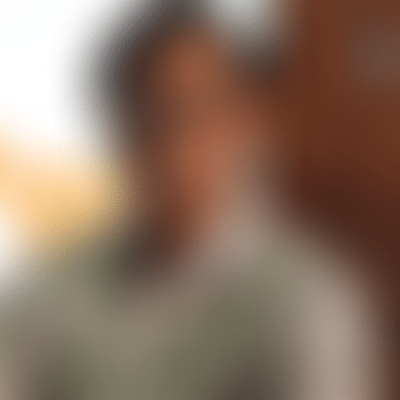