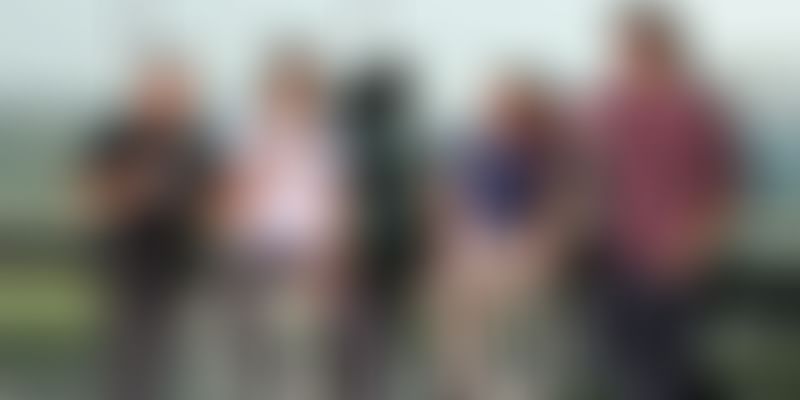 Madhya Pradesh Tourism’s ‘Dil Hua Bache Sa’ ad film featuring colourful wind-up toys took all of us down memory lane last year. But not many know that those toys are not made of tin — the material of choice for toys in the pre-plastic era — but are, in fact, 3D-printed creations made of polyamide powder. The toys went from digital sketches to actual 3D figurines in the swanky shop floor of Mumbai’s rapid prototyping and manufacturing firm, the evocatively named Imaginarium.

The toys featured in the ad are just a few of the many thousands of creations that Imaginarium executes for thousands of clients in industries like jewellery, automobile, FMCG, and medicine. The company owns 20 industrial 3D printers, some the size of rooms, and produces around 2,500 parts every day.

The company traces its beginnings to the early 2000s, when two jewellery industry veterans, Kamlesh Parekh and Dipak Shah, came across 3D printing in South Africa and set up a 3D printing unit to convert designs into jewellery for other firms. But it was in 2009 that the company transformed into its current avatar under the brand name Imaginarium. “Until then we offered our services only to the jewellery industry but we realised that other industries could also use 3D printing and we had built up expertise in this area over many years,” says Tanmay Shah, who heads Innovations at Imaginarium.

The company diversified into sectors like engineering, automobile, and FMCG. They also moved away from being a pure-play service shop. “We realised there is a whole world out there that needs hand holding and ideating and we could do that for them. You bring your idea and we help bring it to life,” says Tanmay.

So what’s special about Imaginarium? Can’t anyone with an industrial 3D printer do what Imaginarium does for its clients? We need to take a step back before answering these questions. A 3D printer is a simple instruction-following machine. You feed it a digital model or design and the printer creates an actual 3D model by depositing layer upon layer of the chosen material. There are now 3D printers for homes too but like Tanmay says, the difference between these and a setup like Imaginarium is similar to the difference between a regular home printer and a printing press. There is a whole host of unorganised 3D printing service providers who have one printer and will create a prototype for the client. However, they cannot add the kind of value that an organised and experienced player like Imaginarium brings.

Dharam Valia’s experience with Imaginarium illustrates this point. Dharam is the Co-founder and Executive Producer of Hungry Films, the film production company that created the MP Tourism ad. In early 2016, Ogilvy & Mather (O&M), the MP Tourism Department’s ad agency, came to Hungry Films with a single line idea — the tagline of the ad, MP mein dil hua bache sa (In MP the heart has become like that of a child). Hungry Films and O&M then fleshed out the concept and developed a script around children’s toys. Since the ad was aimed at adults, the toys needed to be of a different generation and that’s why wind-up toys made of tin were needed. Initially, Dharam says, the plan was to source actual toys. However, the teams then thought of creating toys out of destinations in MP. These would have to be custom made and so started the hunt to figure out how to create these toys. It was at this time that Dharam went to a 3D printing exhibition in Mumbai and came across a stall put up by Imaginarium. Dharam says:

In 3D printing, there is the hardware part, the machine, which anyone with money can source. But how creatively you use the machine to deliver products — that depends on the people who own the machine. We saw the interesting ways Imaginarium executed for their clients. It was unique and stood out.”

Imaginarium gave inputs on design and what material would help create the look and feel of tin. Based on the suggestions Hungry Films reworked the designs. Multiple batches were made before the final design was settled upon. “The 3D process took over two months. They created the prototypes, the final moulds, cured the exterior to a certain extent. We did the final illustration and painting,” says Dharam.

It is this type of collaboration that sets Imaginarium apart, says Tanmay. The company today has three primary areas of focus, each with its own identity. Imaginarium Precious is the jewellery arm, Imaginarium Rapid focuses on engineering, auto, and white goods, while Imaginarium Life focuses on the medical industry.

The company, which has a 250-strong team, has reached revenue of Rs 50 crore and is targeting doubling this number in three years. Precious is the largest revenue contributor with a share of 65 percent; Rapid follows with a contribution of over 30 percent. The jewellery arm has worked with over 5,000 clients and casts about 150 kg of metal every month. The Rapid arm has created prototypes of everything from car parts to shampoo bottles and even microwaves for over 2,000 clients, including companies like the Godrej Group, Tata Motors, Bajaj Automotive, L&T, and Hero Motocorp. Life is a newly launched vertical and the company is working with around 300 doctors.

While Life might be new, the possibilities for 3D solutions in medical care are quite vast. Imaginarium has already worked with doctors to create custom skull plates that recreate the exact shape of the patient’s skull, ensuring he does not look deformed. They have also created prosthetics, casts, and 3D models of MRIs and even tumours.

Apart from this, the company has also set up Metamorphosis Café, the consumer-facing arm that conducts workshops for students and works with entrepreneurs, especially those in the hardware space. They have recently launched Imaginarium Ventures to invest cash and 3D resources in startups with a good 3D-enabled idea.

The 3D printing industry in India is extremely fragmented with unorganised single-printer units that are especially targeted at the jewellery industry, traditional service shops, and a few companies in the engineering space, like Schneider Prototyping, 3DPD, and Marco Polo Products. A handful of startups like DF3D, Fracktal Works, and Supecraft3D have also emerged.

Apart from expanding the industries they work with, Imaginarium is now planning to collaborate with designers across the world to create innovative 3D printed products. They also intend to create 3D printing-enabled products from smartphone cases to implants, either in-house or by investing in startups.

There was a time when 3D printing was a frontier technology; today its applications are manifold. Says Tanmay:

The work we do might not be glamorous, but we are doing real work, not just moonshots.”