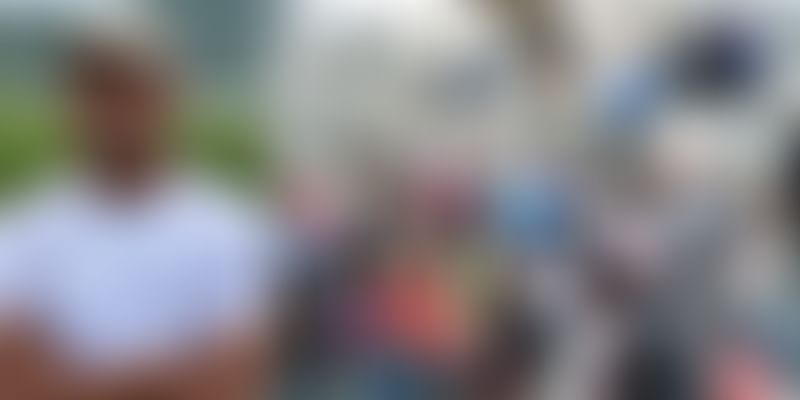 Gopal Krishna started the Hyderabad Trails during the Ramadan of 2015, after having organised an Iftar walk, exploring the streets of the old city of Hyderabad.

For someone who feels that the best way to connect with a city is through its history, tradition, and culture, Gopal found that the people in the city of Hyderabad lacked a sense of connection. Be it amongst themselves, or with the city, a sense of association to its rich historical heritage was amiss.

In order to engage the people of Hyderabad and explore the city’s heritage, culture, and architecture, Gopal started Hyderabad Trails in June 2015. The initiative curates shared experiences of the city by organising walks, gatherings, and events.

After Gopal went on a sabbatical from being a filmmaker in the city of Mumbai, he moved to Hyderabad in 2012.

“Having made the move from Mumbai, I liked the pace of the city and I wanted to explore my interests and discover the city along the way,” says 31-year-old Gopal.

What better way to explore the city of Hyderabad than to visit the streets of Charminar! Gopal would often wander in the busy streets near Charminar for its old city charm and rich street life, practically a photographer’s heaven

“You have great architecture, age-old monuments, local vendors, varieties of shops, and a busy street life. Early on, I went there to do photography sessions, accompanied a few friends, and it soon started to grow in number as more people joined us,” says Gopal, an engineer turned filmmaker.

Eventually, Gopal moved onto sketching. He would often find himself near Pathar Ghati or Mecca Masjid sketching a scene or trying to find inspiration around him. This went onto be a group event, which was called ‘The Sights, Sounds and Tastes of Charminar: A Heritage Walk’. It was a walk through the lanes, bazaars, and monuments around Charminar with regular halts along the way to sample and savour the local popular foods and beverages, covering a distance of around 3 km.

“We would do these as group events, and we would merely explore Charminar and the surrounding area. We sketched/photographed whatever captured our fancy, observed, connected with it, engaged, discussed, and shared our art and experiences with everyone,” says Gopal, who at the time, was managing and running a commune called Roots Commune, an open cultural space and an artists’ residence.

During the Ramadan of 2015, Gopal and his friends from Roots were looking for someone who could to take them on a tour of the city, when the entire city came to life.

“At the same time, I knew of events happening in Delhi and Bengaluru, but none in Hyderabad yet. So I decided to do a walk on my own and posted on Facebook saying that I was conducting a walk, explore on one of the nights of Ramadan. Explore the lanes, sample food, and look around. The post went viral, and within a week, I got responses from at least 1,200 people.

After Ramadan, Gopal and his team noticed that many people were interested in such heritage walks. So Hyderabad Trails went onto do their next big event Sufiyana, a musical trail in the old city exploring and celebrating the city's rich heritage of cultural and spiritual syncretism in the form of Sufi music, poetry, and conversations from Shabnam Virmani and Vipul Rikhi of the Kabir project.

Heritage to environment, taking a stance

So far, Hyderabad Trails has organised 150 walks in and around the city. The walks vary from exploring the historical monuments lying in neglect such as the Mushk Mahal of Attapur or a Musi River Front Walk or the Christmas night trail through the churches of Secunderabad and the Christmas carol trail. Hyderabad Trails even organised the Heritage Festival Hyderabad in 2015 as part of the World Heritage Week Celebrations, where talks on excavations and conservations efforts at Qutub Shahi Tombs were given by experts such as K. K. Muhammed, a renowned Indian archaeologist.

Hyderabad Trails played a major role in the protest for the KBR Park and its green belt. The KBR National Park is under the threat of destruction from the SRD Project (Strategic Road Development Project) which will obliterate the walkway, the eco-sensitive zone and cut down over 3,000 trees, including many well within the National Park itself.

As part of the ongoing protest, Hyderabad Trails organised a human chain in May 2016, where around 1,000 people gathered to encircle the entire periphery of KBR National Park with a continuous human chain.

Gopal and his team is organising the second edition of Nazariya International Women's Film Festival from 28 to 30 April, 2017, in Hyderabad.

“The festival is being put together with the mission of informing, inspiring, educating, and entertaining audiences to the issues affecting women through film screenings and discussions.  We envision the festival as a platform for interactions, discourses, and discussions on issues related to women and gender through an open confluence of art, activism, and cinema,” says Gopal.

The team is running a crowdfunding campaign to raise funds for executing the film festival.