What if Baahubali was actually an entrepreneur? 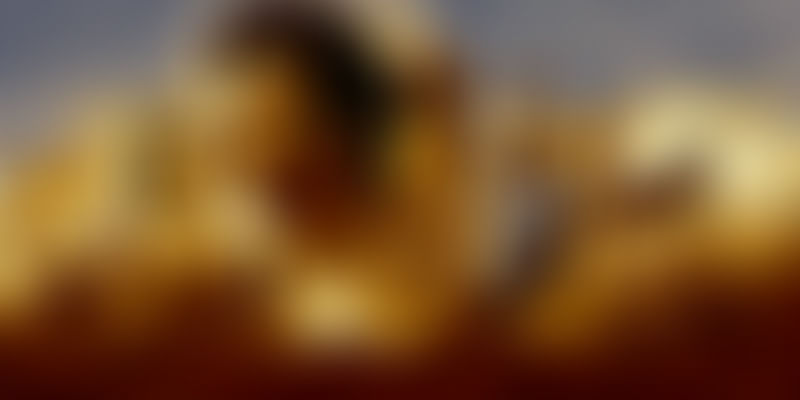 Disclaimer: This piece of writing is purely a figment of my imaginative and creative mind, and any resemblance to any characters in the startup ecosystem is unintentionally coincidental.

I hope that you have all by now enjoyed watching Baahubali 2, and were enamoured by the vision and grandness that the movie has depicted.

Baahubali has been one of the biggest storytelling extravaganzas in the Indian creative field in the recent past, a true spectacle. It has captured the imagination of one and all. Let's now imagine the fantasy world of Baahubali through the lens of the startup ecosystem.

What if Baahubali was a startup entrepreneur?

Rajmatha Sivagami is the lead investor in the startup.

Mahishmathi Kingdom is the startup brand, the company that all of them strive to protect.

Kattappa is the loyal board member-cum-mentor who is always there to help.

Bijaladeva is the cunning team member.

Devasena is the efficient and loyal product startup team member.

Baahubali, the founder, is blessed with the capability, vision, and passion to execute his grandoise idea of making Mahishmathi glorious, of building it into the most powerful startup. He one day decides to go about in the disguise of an ordinary man, to live among his people – his market – to understand their pain points and to solve their problems.

Baahubali, like any entrepreneur, is a true innovator and jugaad expert, and tries to maximise output with minimum input, with innovation and out of the box thinking, as is evident from how he innovates in war and also thinks differently during a crisis.

He builds a loyal team and customer base who believe in him completely and have surrendered to his vision of the startup.

Mahishmathi Kingdom is a living soul in the ecosystem. The startup has its own character, grace, and grandeur – it is the most central character of the plot. All the stakeholders are taken care of, and they work towards protecting the startup kingdom and its glory. The startup is marketed brilliantly, with branding of its logo and its environment design.

Kattappa, who represents the board, plays the key role of a mentor, advising and protecting the founder. He, like the board as a whole, is loyal to the entrepreneur, but doesn't mind sacrificing the entrepreneur when the question of saving the kingdom comes up. However, he later regrets this decision, understanding that, always, the startup is only as good as the entrepreneur. He is an integral and important cog in the functioning of the startup kingdom, and acts as a sounding board for all the key team members, especially the founder and investor.

Rajmatha is the majority investor in the kingdom, and thus naturally controls all decisions; she is fair in her dealings of startup Dharma. She takes most of the decisions keeping the startup brand and its future in mind. Her only agenda is for the startup to reach glory – for it to achieve better business value and valuation. She commands ultimate respect, and her word is final among all stakeholders. She always tries to maintain equanimty and fairness in treatment of the founders and professionals. But she too is human, and sometimes makes the wrong decision, like sacrificing the founder for a professional CEO, driven by what looks like a rational but actually emotional and misinformed decision. She sometimes also makes the mistake of anointing babies – those dreadfully inexperienced – as the CEO, but eventually saves said CEO from drowning by taking great risks on her own part. The Mahishmathi Kingdom is a well-funded startup kingdom, thanks to Rajmatha. The kingdom itself is nothing without the contribution and presence of the ever-sacrifising Rajmatha.

Ballaladeva is the perfect professional CEO, with great stature and capabilities to be a corporate leader. But he is lost in his world of neither feeling ownership, like a founder would, nor being a CEO who is accepted by his team. This makes him jealous; he plays politics to grab control and authority, and eventually, takes the wrong decisions to enforce his power and authority. Although, on paper, he is the boss, he never feels like one; though he has been with the startup kingdom, he has always played second fiddle to the founder, and has been treated like an outsider, which is what hurts him to no end and pushes him to turn evil. Now, he’s able to take away the role of CEO from the founder, but neither the respect the founder attracts nor the ownership that he feels for the startup.

All people of the kingdom – akin to stakeholders – work towards the development of brand Mahishmathi, which symbolises their life and glory. They wear their loyalty proudly on their sleeves, and are happy reporting in to a deserving CEO, but are always loyal and emotionally connected to the founder. They look up to the founder, and take his word as final.

Bijaladeva is handicapped of talent, inefficient, and cunning. He is a team member who plays petty politics, and is a gossip monger. He doesn't mind jeopardising the future of the startup for his hidden agendas and selfish motives, and keeps influencing other team members negatively and instigating them to do wrong against the founder and the investor.

Devasena is the loyal team member who patiently waits on the bench and suffers at the hands of the professional CEO for the sake of her loyalty to the entrepreneur. She is capable and efficient, but is wasted. But in the end, she has the final call and the last laugh.

In the end, Mahendra Baahubali's passion enables him to sail through, and he gets reborn again as an entrepreneur, to claim his rightful destiny and place in the startup he is passionate about. The whole world conspires to make his and his beloved team’s dream a reality. His team's faith in him brings him back to claim the position that was always his.

Rajamouli is the business design specialist and storyteller who conceptualises the whole startup, brings all the team together, and weaves and articulates the fantasy story beautifully to ensure that they have a killer product to solve the customers’ problem – a lack of quality entertainment.

I hope you enjoyed my small piece of writing that married three worlds that we, as entrepreneurs, love a lot – startups, movies, and storytelling.