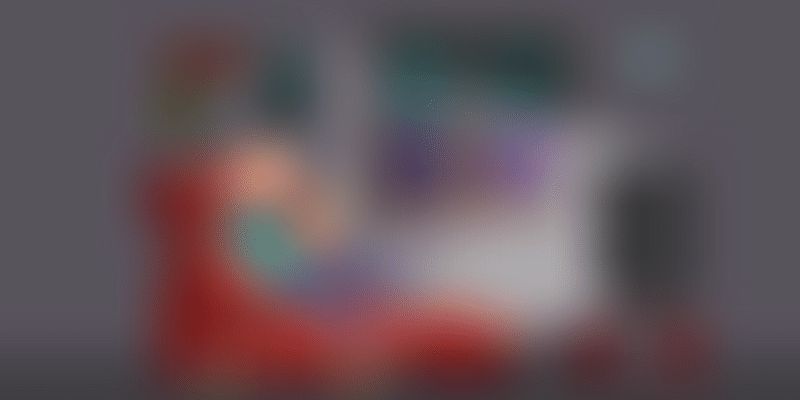 Do you harbour a nascent desire for entrepreneurship? Do you have Gary Vaynerchuk’s books all lined up in your makeshift library? Have you binge-watched all seasons of Shark Tank? Have you exhausted your internet data pack by streaming any and every movie related to entrepreneurship?

Well, let us add to your frenzy. With the ever-rising interest in entrepreneurship across the world, entertainment producers have begun to realise the potential of entrepreneurship-related content. And after the overwhelmingly positive response of shows like ABC’s Shark Tank, Silicon Valley, and in India, TVF Pitchers, their determination to release similar programmes only intensified.

And so, we have a list of new TV shows, all of which have released this year, that you should add to your weekend binge-watch list. Exploring the many components that make up the realm of entrepreneurship, these shows fall under many different genres, and the characters they sport reflect the many kinds of entrepreneurs that form the startup world today.

Based on the life of acclaimed entrepreneur Sophia Amoruso, Kay Cannon’s Girlboss has been dominating Netflix since its release a few weeks ago. The show is based on Sophia’s autobiography, #Girlboss. At 23, she started an online eBay store called ‘Nasty Gal Vintage’, selling vintage clothing and other popular items. She was then found to be duping several shop owners selling the same, leading to a fall in her online credibility. And so, she decided that instead of giving up and looking for a job like everyone else her age, she would go one step further. Mustering all her business acumen, resources, and personal support, she launched ‘Nasty Gal’, a women’s fashion retailer, which, in reality, was named one of the fastest growing companies by Inc. Magazine in 2012. After much scaling, growth, and successful turnovers, Sophia was named one of the richest self-made women by Forbes last year.The show is a must-watch for those wishing to understand the many challenges, strategies, and calculated moves that entrepreneurs building a company from scratch have to undertake.

TLC’s new Reality Television show, Girl Starters, selects aspiring female entrepreneurs aged between 18 and 24 and documents their struggle to compete for a seed-round funding for their startup idea. Following the six stages of a pre-launch phase, from ideation to pitching, the show features the exciting and nerve-wracking challenges that these eight women have to undertake in order to impress a panel of judges, important industry experts as guests, and win a cash prize of $100,000 in funding.

Created by Bob Daily, Garrett Donovan, and Neil Goldman, this CBS show is a hilarious take on the relationship between a struggling Chicago-based donut-shop owner, Arthur Przybyszewski, and his new eager-to-please employee and aspiring entrepreneur, Franco Wicks. Humour aside, Superior Donuts explains how new-age thinking and entrepreneurial ideals are sometimes necessary to upgrade and improve existing small businesses despite reluctance from those running the latter. This is exactly what happens when Franco excitedly lays out strategies and plans to make Arthur’s business more successful, while the latter slowly but surely begins to follow.

Planet of the Apps

The first of Apple’s reality TV series, Planet of the Apps documents the nail-biting competition between app-developers who have about 60 seconds to make an escalator pitch to a group of celebrity advisors. If these advisors are interested to hear more, the app developer in question receives more time to pitch his or her app more elaborately. Following this, the celebrity advisors, who include names like Gary Vaynerchuck, Gwyneth Paltrow, will.i.am, and Jessica Alba, can either choose to partner with the developer or choose to pass. In case multiple advisors are interested, the developer must pick who they would most like to work with. Eventually, the aim is to compete for $10 million in venture funding!

While not all of these shows are available on Netflix and Amazon Prime Video, the networks carrying them are attempting to access to them as easy as possible. Do you have any more to add to the list?