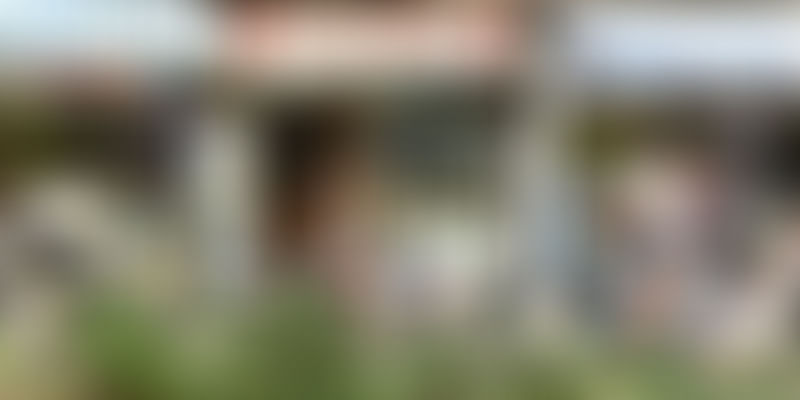 Small businesses in India are finding migration to the GST format to be problematic as they have not invested in software and hardware, and continue to run the show with hand-written account books.

Mohan Lal has little time for his business these days as he scurries around with a bunch of papers all the time. A trader in electrical goods, he is among lakhs of small businessmen in the country who have been given a deadline to file returns in the new GST format as the Goods and Services Tax regime kicks in from July 1.

In many states, the deadline for traders to register and switch to the GST format is closing in.

But small business owners like Mohan, who owns a cubbyhole establishment on Bengaluru’s SP Road, well known for its electronics and electrical wholesale and retail trade, are just coming to grips with the fact that the GST’s paperless online format means more work, more understanding, and employing more resources to keep track of the paperwork.

“Initially, we were happy that we could do business anywhere across the country, as it was hailed as a tax bill without state boundaries. Now, we have realised that uploading documents and paperwork takes time and a lot of understanding,” says Mohan, who deals with five different states, which, in turn, means more online paperwork.

Explaining his predicament, he says that even the e-way bill that enabled his goods to move from point A to point B is an arduous task by itself. While it has to be filed electronically on a common portal, there is a lot of confusion with regard to the form numbers, as for each event, there is a form to be filled. It has become a learning process, and he is forced to take printouts of each form. He waves the bunch about as proof that the GST has become a headache.

Vikram Sikka, a trader in Delhi’s Rajiv Chowk, echoes similar sentiments. An ex-armyman trading in television studio equipment, most of Vikram's business comes from Hyderabad, Chennai, and Bengaluru. “My equipment goes by road and air. If I have to send something by road, I understand that the GST has not made it any easier for the free movement of goods through states,” he says.

Sikka is referring to the initial talk which made people understand that the GST would mean the end of checkposts and usher in `one country, one tax’ system. Though a unique e-way bill number or EBN is generated on the portal for every transaction, for him the problem arises when multiple goods are being transported in a single vehicle, which is liable to be flagged down by any state even if the truck is just passing through.

The GST draft has laid down rules regarding the inspection of goods in transit. If a truck is moving from Chennai to Delhi, its contents can be checked at a checkpoint in any state, but it cannot be stopped a second time in the same state. For example, if a truck's content is inspected at Vijayawada in Andhra Pradesh, the same truck cannot be verified again anywhere inside Andhra Pradesh, but it can be flagged down in neighbouring Telangana as it passes through that state. “We understood that having an e-way bill was like a pass for free movement. But if vehicles are still liable to be stopped at every state entry and exit commercial tax checkpoints, it further delays delivery and is like going back to the old times,” says Vikram.

Multiplicity of forms is a reality in India, and the GST does not seem to have succeeded in doing away with them. On the contrary, it has succeeded in complicating the shipment of goods. Says Mohan,

"With the manner in which the GST rules provide for uploading a form on the common portal for every small event, every company will have to have dedicated resources who will always be on the GST portal. The traffic on the portal is expected to be extremely high, and compliance costs will go up. This is not feasible for a small-time trader, and it will impact small enterprises adversely."

But tax consultants say that once businesses understand the GST, the complexities will go away.

Archit Gupta, ClearTax Founder and CEO, says that initially there will be hiccups, especially if enterprises are holding stock and there is a credit rollover into the new financial year. Companies like his hand-hold traders and help them seamlessly migrate to the GST.

“We do everything from GST registration to helping them choose the right forms. When our customers talk of transition, they need to understand that they have to deploy technology,” says Archit.

Of course, Archit admits that traders doing business in multiple states have to be mindful as they have to claim credits from every state. But this does not limit anyone from selling anywhere.

"Small and medium businesses will have to start understanding the GST. They have to take professional help in impact planning and software planning to ease their burden of compliance. For this, companies like ClearTax help out," says Archit, adding,

"The main problem is that small businesses have not invested in software and hardware. They still run on mental calculations and small account books. Companies that help in GST planning want to help small businesses in a seamless fashion through a smartphone, laptop, desktop, or Android or iOS app."

ClearTax has invested $5 million for creating a GST platform, and they are now ramping up their team size to over 400. The company aids individuals and companies with registration, understanding the impact of the GST on their business, and in training clients and helping them transition to the GST. They also implement tech solutions for GST compliance, returns, and reconciliation.

That the GST is on the way and that its July 1 deadline is nearing cannot be wished away. The GST Council has paved the way for it last month by passing four pieces of supporting legislation and ironing out the bulk of contentious issues. Now, all eyes are on states, which are required to pass their GST laws for the Bill to become operational.