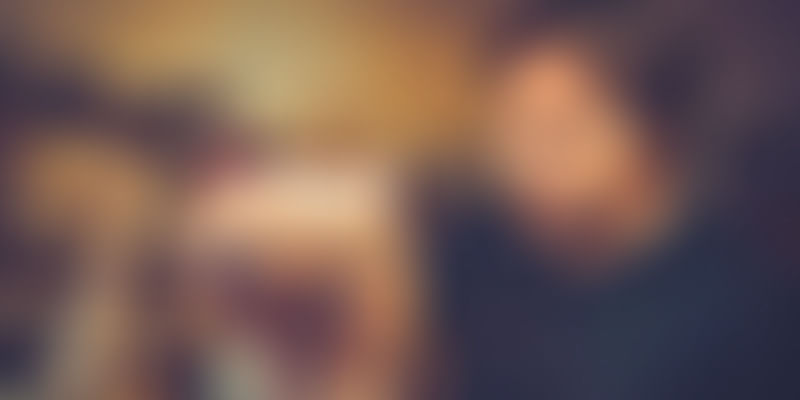 The ongoing GAFX 2017 conference this weekend in Bengaluru offers a ringside view of the lucrative and attractive fields of animation, visual effects and gaming. The industry is undergoing major creative transformations, and offers a wealth of opportunity for Indian designers and developers.

In a world of digital workflow, global distribution, data analytics, and VR/AR waves, traditional skills such as scriptwriting and storytelling are being redefined. In this third insight article, YourStory picks the brains of experts from Pixar, SideFX and Assemblage to unearth some of the challenges and opportunities in the field (see also our earlier review articles on industry dynamics and outlook for India).

VR/AR technology has been around for a while, but has recently been through a renaissance. “It's a very exciting time with new applications and innovations happening constantly. It's still a little bit of the ‘Wild West’ in VR, and people are still trying to find out what works and doesn't work in the medium. I think AR offerings will also be a game changer,” says Mark Elendt, Senior Mathematician at SideFX.

He believes that deep learning has the possibility of transforming the animation and effects industry. “I've heard talk about people using deep learning to train fluid simulations. There's been research on using deep learning for noise removal in rendering. This is definitely something I'm keeping an eye on,” Mark adds.

“It does feel like real-time physically based realistic rendering is closer to becoming a reality, so that people are really interested in it from gaming, FX and animation. Virtual reality and augmented reality still also seem to be emerging, but it isn’t clear yet what their full potential is for a storytelling medium,” says Sharon Calahan, Director of Photography at Pixar Animation Studios. She has been involved in the movies A Bug’s Life, Toy Story 2, Finding Nemo, Ratatouille, Cars 2, and The Good Dinosaur.

The trend towards working as a global community doesn’t seem to be slowing down, she adds. Indeed, many of the speakers from India too are plugged into international projects as well as domestic productions, with the blurring of walls between local and global creative work.

“The role of technology in the production and execution of animation and effects is ever evolving. The ability to use more complex software solutions and hardware systems to produce high-end visuals and quality output will lead the evolution of animation and visual effects in the next decade,” explains Arjun Madhavan, Head of Strategy and New Business Development at Assemblage. There are studios exploring AR, VR, MR solutions and in the process of understanding the commercial feasibility of such technologies in content consumption.

“Pixar is interested in telling compelling stories that appeal to wide audiences, but on a personal human level as members of a family. We like to think that we make movies for everybody, anybody, but also for ourselves,” says Pixar’s Sharon.

The movies come from the heart and are intended to touch others in a way that is familiar to all humans. “Each director is telling a story that has some personal meaning to them that they want to share with the audience, whether it is large or small,” says Sharon.

Animations and especially VFX have been dealing with an explosion of data. Managing data and resources, especially in the global community, is a problem the industry faces. “I just heard about one studio that received 3 TB of reference data for a television episode. While it’s great to have this data available, sorting and keeping the resources relevant is a problem studios face right now,” says Mark of SideFX.

“The creative and story-telling narrative is changing,” explains Arjun of Assemblage, thanks to detailed analytics about what works in a story and what doesn't, what designs did better, and what concepts dug deeper.

“Never before has data analytics played such an important role to map content consumer preferences. With a 360-degree digital foot print of tastes and consumption patterns, this is becoming an interesting factor in content creation,” adds Arjun.

If content is king, distribution is king-maker. “The distribution landscape is changing rapidly, which means the methods of consuming content are changing. As the channels are many and distribution pipes are plenty, the need and demand for genres such as family/kids animated content is at its peak,” says Arjun. As digital channels, VOD networks and OTT platforms emerge, the need for cost-effective, high quality content will be a game changer.

A range of tools and languages is emerging for the developer community, but it’s important to focus on the larger story and user experience. “If you can follow an online tutorial to learn something, well, that's good. But what would be better would be to show your understanding of the tutorial by adding your own touch. Do something that shows how you understand and aren't just repeating something someone else has done,” advises Mark of SideFX.

“As someone in R&D, I'm a big fan of C++. C++11 and C++14 have changed the way I write code, it's liberating. But C++ tends to be pretty hard-core. There's some muttering in the industry about the advantages of Rust - though I'm not sure if people are just joking,” says Mark. He recommends Python and Lua as languages to learn; he himself is the author of Houdini's VEX language.

The animation landscape in India is in a constant flux and has evolved significantly in the last two decades. “India has evolved from being a destination lucrative for purely its cost arbitrage to a quality arbitrage advantage, with some facilities now having the capabilities of providing high-end CGI animation at compelling prices,” explains Arjun of Assemblage

Assemblage is positioning itself as a feature-film and high-end TV focused CGI animation studio working with large brands, and has collaborated with DreamWorks Animation on Trollhunters. “In a short span of time, we’ve been able to deliver two full length theatrical feature films, Norm of the North for Lionsgate and Blinky Bill for Studio Canal,” adds Arjun. With a large English-speaking skilled work force, India is poised to play a pivotal role in the next generation of animation and visual effects.

“The next wave of animation will also have a ripple effect in the consumption market in India. In India, people are gradually accepting animation as a viable, alternative form of entertainment,” observes Arjun. Moreover, with the government extending a supportive hand to encourage the use of CGI and technology in various sectors, the business opportunity in India is waiting to be explored.

In addition to aspiring designers, the conference speakers are also looking forward to the event. “I look forward to meeting with some best-in-class names from global studios such as Disney-Pixar and DreamWorks and find a way of sharing ideas, thoughts and skills,” says Arjun of Assemblage.

The conference is a great blend of the creative, the technology, the business and the passion for the animation, visual effects and gaming industries, he adds. “The scale and size of the event is the validation that the industry has a lot to offer and the opportunity set is explosive,” he observes.

“This is my first time to Bengaluru GAFX, and in fact, my first time to India. I'm looking forward to meeting with local artists and getting a finger on the pulse of the vibrant graphics industry in India,” says Mark of SideFX.

“I am looking forward to meeting people and hopefully inspiring somebody to reach their dream,” says Pixar’s Sharon Calahan.

The speakers offer a range of tips and inspiration for aspiring animators. “Your dream job might not exist yet. When I went to art school, computer animation didn’t exist yet. Don’t limit yourself to what you think you know now,” advises Pixar’s Sharon. Technology will always continue to evolve, but the core skills of art, design, animation will always be important.

“It is what you can do with the tools that matters most. Spend most of your time and energy focused on mastering these core skills,” adds Sharon. Working in animation is a team sport. “Develop your team and leadership skills to be a great collaborator,” she advises.

Animation is a universal language. “It holds the power of crossing boundaries, and it will do just that for the Indian animators, designers and creative diaspora,” adds Arjun of Assemblage. It can be culturally, geographically and language agnostic. “No other mode of entertainment has such a compelling global, universal voice,” he emphasizes.

In a globalised world, the focus should be on creating content for wider audiences. “Yes, it may be a regional or local favourite, that’s a bonus, but not necessarily the focus,” explains Arjun.

Consumer and viewer preferences are ever evolving. With the internet and digital platforms, content is becoming more widespread and accessible. “Indian audiences are getting access to global content. Their preferences will also be, maybe over time, to consume content with a global appeal,” says Arjun.

Collaboration is the way forward, especially with trustworthy partners who have the credibility and capability of mobilising and monetising content globally. “Don’t mimic others – ‘me-too’s’ hardly work and if they do, they don’t necessarily stay for long,” Ajrun cautions.

Compelling visualisations, designs, and effective storytelling are going to be the only way to create winners. There is no short cut to that. “Make in India, make for India, make for the world,” he sums up.