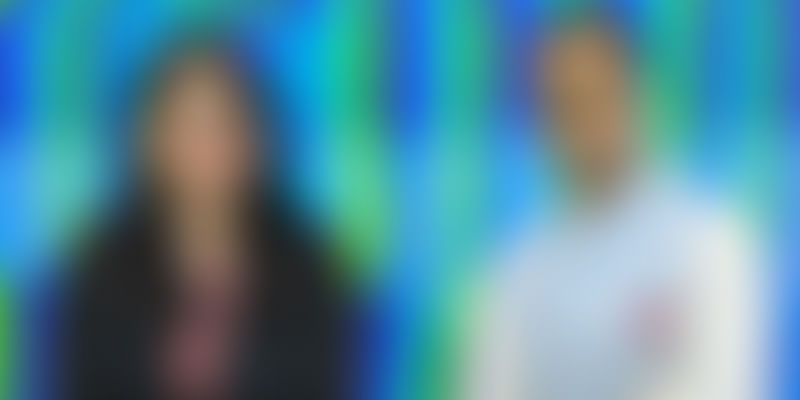 Live History India puts the limelight on the stories that have contributed to India’s rich heritage by taking historical content to all strata of people.

To know one's country's history is to know who we are as a people, what we represent and what we aspire to be. Unfortunately, not many of us have more than a cursory knowledge of our past, whatever be the constraints. Now, Akshay Chavan (34) and Mini Menon (42), whose love for history got stamped out in the pursuit of a fruitful career, are trying to reignite it by creating a platform to connect the world of academia and research with new-age global viewers.

“We are excited about the potential of the new-age digital medium which allows us to take great content on Indian history and the latest research around it to a global audience that is interested in travel, art, culture, and history,” they say.

Disappointed by the dearth of well-researched content on Indian history, they decided to do something about it.

Egged on by their speedy success, they launched a website by the same name in May 2017.

The platform is focused on taking history (encompassing a wide range of subjects from food to textiles, structures, design to cities) to all strata of people. Live History India has a network of more than 50 historians and contributors.

Live History India is on the verge of raising seed capital and is hopeful of closing the deal by the end of July. The startup has onboarded a clutch of investors who, according to Mini, have not only brought capital but also expertise to help them grow and scale. Cyrus Guzder and Dr Ganesh Natarajan are among their investors.

Prior to founding Live History India, Mini was the executive editor at Bloomberg TV India and brings over 18 years of experience in journalism. Mini is a graduate in History from St Stephen’s College, University of Delhi. Akshay, who holds a Master's degree in IT and Management from the University of Lancaster, has worked with companies like Platinum Guild and Taj Hotels as an as an independent content consultant. The duo met in an art history class in 2015-16.

Bringing history at your fingertips

Live History India is currently live on www.livehistoryindia.com, publishing well-researched content using a mix of text, video, and images both in long- and short-format stories. The contributors of Live History India comprise authors, trained historians, archaeologists, and even journalists.

Mini says that apart from getting a byline, contributors have the opportunity to be on a national platform and reach out to global audiences.

Since its launch, Live History India has published over 105 stories, with 250 more in the pipeline. The content comes in multiple formats—SnapShort History (history in short), photo essays, videos, documentaries, interviews, etc.

Live History India’s advisory panel comprises names like Shyam Benegal (director and screenwriter), Anil Dharker (Founder and Director of the Mumbai International Literary Festival), and Wajahat Habibullah (former chairperson of the National Commission for Minorities). The advisory board does not charge the startup—it is just helping Live History India build a platform that the country can benefit from.

Mumbai-based Live History India will be partnering with brands to produce co-branded content. Additionally, they will also be partnering with state governments to promote tourism, to revive state history, and also for restoration.

Live History India has a core team of eight people and 10 support staff. The team, along with the network of contributors, travels across India to bring stories to its readers.

Live History India is hopeful of having at least 100 contributors by the year-end and is looking at a cross-section of areas like the history of food (History in a Dish), the weaves and textiles of India, and India’s rich legacy in jewels. In addition to the content part of the platform, Live History India will also be seen working very closely with state governments so as to fuel the growth of India’s tourism industry.