How Madhuri Hegde is helping companies succeed in global markets 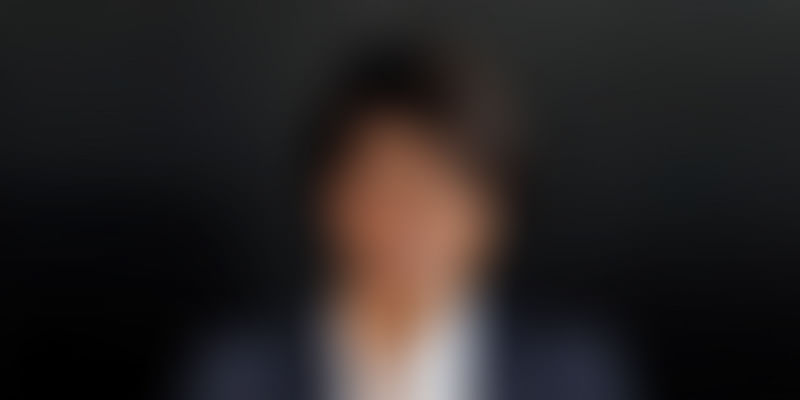 This entrepreneur is using her proficiency in foreign languages to help companies succeed in global markets.

A polyglot, Madhuri is the founder of Mayflower Language Services, which specialises in translation, localisation, testing, subtitling, voice-overs, and staffing. She says,

My fascination with languages started as a weekend hobby. I started learning French as I had spare time on weekends and wanted to try something new. What started as a simple hobby then, now rules my world. It opened up a whole new way of perceiving and experiencing other cultures. I couldn’t stop at French.

After completing her masters in France and studying various languages such as Japanese, German, and Spanish, Madhuri wanted to explore more languages and experience things that she had only seen through books.

“You get a peek into somebody else’s life through a language. We get to see how different we are from other people and that is very fascinating,” she says.

As luck would have it, she got a job with an Indian company in France and was successful in selling their services all over Europe, thanks to her knowledge of several languages.

In 2003, she returned to India and started Mayflower Language Services in Bengaluru, now an ISO certified organisation that helps companies succeed in global markets.

With the growing interest of foreign players in the Indian industry, there is demand for people well versed in foreign languages. Madhuri and her team have made the most of this opportunity dealing as they do with over 100 languages.

Entrepreneurship isn’t easy and Madhuri has had her fair share of challenges. “As a woman entrepreneur of the time, I encountered all the challenges that a typical startup of today faces and more.”

“Finding skilled manpower was a huge challenge. It took more than six months to one year just to train people on the concept of localisation. Even now, people consider translation to be a simple job. They are unaware of the numerous processes involved in producing a good localised product,” she says.Madhuri also faced challenges on account of the social perception of women as homemakers before anything else. She says,

“I did have a very supportive family, but everyone looked at my work like it was a hobby or a pastime, never as a career. All responsibilities at home become a priority when compared to your business. If there is a family errand to run and an important client meeting, you are expected to choose your responsibility toward the family over that to your company.”

Dealing with clients has also not been a cake walk. As a woman entrepreneur, she had to change her behaviour to suit the culture.

“Once I had to go for a meeting and was standing on the factory floor of my client. I was the only female present there and all eyes were on me. Someone even asked me—isn’t anyone with you? I got more acceptance when I started wearing a sari," she says.

"And yes, I remember that in 2004, I started wearing saris to work and especially to client meetings. There was a lot more acceptance from clients in certain industries, like the manufacturing sector. They were more open to talking to me unlike when I went to those meetings in a business suit,” she adds.

Mayflower operates through four business units that are streamlined and specific to the services they offer—localisation, translation, multimedia, and staffing. They collaborate with native language experts across the world for providing these solutions. The in-house project management team and localisation engineering team help in providing high-quality translation services with quick turnarounds.

Mayflower, a bootstrapped company with a team of 80 people, is among the top three companies in India that provide language services. The company derives substantial revenue from adapting software UI and apps to suit local and global markets. A big part also comes from localising e-learning courses, which includes multimedia localisation.

The team has a customer-centric approach to processes. In Asia, it ranks amongst the top 30 and, Madhuri says, their aim is to become the top 50 in the world by 2020.

According to study by KPMG and Google, the number of Indian language literates, who prefer their primary language over English, is forecast to grow to 536 million by 2021 at 18 percent CAGR from 234 million in 2016, which is businesses to increase investment in establishing digital local channels.

Talking of the many languages of India, Madhuri says that languages imbibe the cultures of communities across the country and together form its culture. "Our languages are more than a means of communication and there is so much more to be explored. Solutions to the problems of today may be hidden in the literary works of yesterday."

However, when it comes to foreign languages and their popularity in India, she tells that earlier French and German were the most well-known international languages and India initially took to French because of our history of French colonisation.

The presence of a sizable French speaking population in the French colony of Puducherry and access to French schools were the reasons why India took to French. Similarly, German industries came in, and brought their culture and language institutes.

India's north-east continues to be home to a major Chinese-speaking population. Portuguese has influenced the entire Malabar coast of India, specifically Goa. This influence is evident not only through the language spoken, but also through the culture that lives there today.

Dutch and Spanish are the other languages that have been popular because of the colonisation of certain parts of the country: Vishakhapatnam, Chennai, Cochin, and Agra. This proves that the popularity of foreign languages in India is mostly influenced by the presence of cultural and linguistic institutes from those countries.

Madhuri's love for languages has taken her to more than 30 countries. In her travels, she noticed the freedom women in these cultures have to, say, follow their hobbies or careers. She found it very liberating and it opened to her a world of possibilities.

She says: "Just learning to think in another language allows you to see cultures better. Some of my best experiences have been participating in different local festivals, such as Mardi-Gras in France. Tłusty Czwartek or Fat Thursday is another such festival in Poland where people go on horse-drawn sleigh ride through the snow-covered countryside and eat sweets, cakes, and paczki (donuts) all day.”

Madhuri takes her passion beyond Mayflower as well. She is on the board of directors of the European Language Industry Association (ELIA), where she fosters the development of language service providers worldwide. She also works with a cancer support group in Bengaluru, spreading awareness about cancer and helping patients with pain management and end-of-life care.

Between managing her business and clients, and pursuing other hobbies, she does manage to squeeze in time to learn new languages. But that's not always easy. She says,

"I am currently learning Polish. When speaking to someone in Polish, I suddenly end up responding in German. This usually happens with me when I am learning a new language!"