What entrepreneurs can learn from Michael Phelps, the greatest Olympian 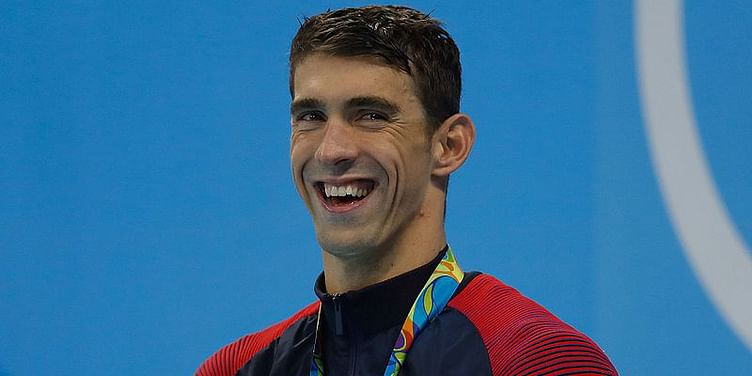 American swimmer Michael Phelps is the most decorated Olympian of all time. That's not an ambiguous statement and backed with an incredible 28 medals haul (23 golds, three silvers and two bronzes) his record looks poised to remain unbroken for years. The now retired (second time) holder of several world swimming records attributes his success to multiple factors, most of all his unwavering determination, focus and work ethic.

While his life story serves as an inspiration to athletes, there is another group who can benefit from learning about his rise to the highest pinnacles of success: entrepreneurs. To celebrate Michael Phelps' 32nd birthday, we share a few of his life lessons that entrepreneurs would do well to learn.

"I think that everything is possible as long as you put your mind to it and put the work and time into it. I think your mind really controls everything."

Focusing on a single task with an unwavering dedication for years is a challenge. For Michael Phelps, who was diagnosed with ADHD as a child, it was an incredibly long shot. But once he was encouraged to take up swimming at the age of seven, he discovered his love for the sport and subsequently made it his life's goal to become the best swimmer ever. To this end, Phelps trained six hours a day, seven days a week, 365 days a year, for almost two decades. He never once missed a day of practice — not Sundays, not birthdays, nor holidays like Christmas — unless injured. He wanted to be the best and he made it happen through sheer hard work.

Entrepreneurs can achieve their goals using the same approach. Once they've identified their aim, the only thing left to do is go after the dream with a single-minded focus. Work towards making it happen every single day. In this endeavour, discipline is what you need to cultivate. Discipline yourself to work towards your goal every single day, regardless of whether you feel like it or not, and soon it'll become a habit. And once you've formed the right habits, the journey to success will be a lot shorter and a lot less arduous.

"Even in high school, I'd tell my mom I was sick of swimming and wanted to try to play golf. She wasn't too happy. She'd say, 'Think about this.' And I'd always end up getting back in the pool."

Swimming is an individual sport but that doesn't mean Michael Phelps attained his success unaided. His mother Debbie Phelps, lifelong coach Bob Bowman, and childhood friend and former NFL player Ray Lewis have been by his side and constantly pushing him to achieve his potential. After the 2012 London Olympics, Phelps announced his retirement but his aforementioned 'support team' realised that he had a lot more to offer, and pushed him to re-engage in the sport. He came out of retirement in 2014 and two years later, at the 2016 Rio Olympics, he won five gold medals and one silver — bringing his illustrious career to a glorious end.

Entrepreneurs often think that the journey to success is a road that must be walked alone; but that isn't so. They also need the support of people who are willing to believe in them when they feel hopeless and lost. Friends, family and even mentors can often provide the necessary push to help entrepreneurs achieve their dreams when they feel that can't carry on any longer.

Three years after winning six gold and two bronze medals at the 2004 Athens Olympics, Michael Phelps announced that he would beat the record of most first-place finishes (7) in a single Olympics at the 2008 Beijing games. His remarks were met with mockery and scorn by people who criticised his bravado; after all, winning eight gold medals is a single Olympics sounds far-fetched. But win them he did and now it's his record that aspiring Olympian greats dream of beating.

Many aspiring entrepreneurs are hesitant to acknowledge their ambitions of creating a company that is among the largest in the world. They think that setting smaller goals increases their chances of achieving them. While pursuing small goals is the way to start — even Phelps didn't start his career with the goal of being the greatest swimmer in history — the dream of achieving unparalleled success should never fade; for that is what will drive you relentlessly through your difficulties and doubts.

Don't let failure hold you down

"It doesn't matter what else is going on. When you walk into your arena or whatever you excel at, you're there to take care of the job that you have to do."

As is the case with any success story, Phelps' too had numerous challenges and difficulties. He was twice arrested for driving under the influence (in 2004 and in 2015) and in 2009, a picture of him using recreational drugs was released online. These instances led to his suspension from US Swimming for months on end but he returned each time, stronger than ever.

Entrepreneurs, too, have a road lined with countless challenges and struggles. While it’s easy to get discouraged and give up on their goals entirely. But if Phelps' march to glory has anything to offer, it is that the only way to get over defeat is to work hard, ignore naysayers and let your achievements do the talking for you. Never let setbacks destroy your dream. Learn what you can from them and continue undeterred down the path that you want to walk; that is the only way to achieve success.