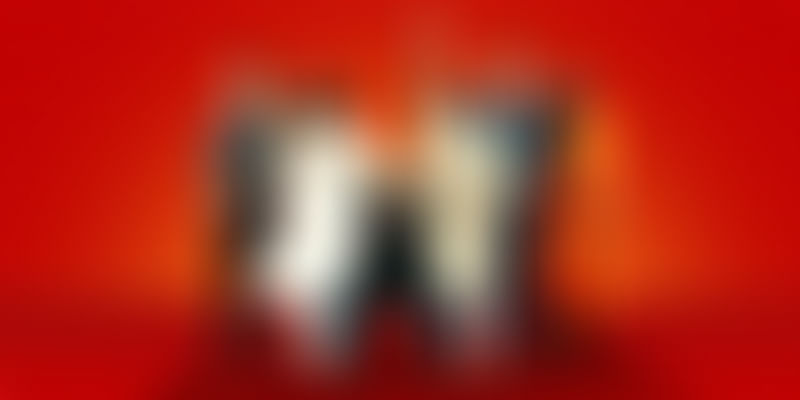 Some are persons, prominent political or business personalities or even yoga gurus, while others are companies sitting on billion-dollar stock market valuations.

There are two links to the names mentioned above: one, all of them have proved to be energisers of their constituencies, whether it is in politics, business or something less material. And two, all understand the transient nature of success in politics or business in today’s “gig economy”.

The gig economy is defined as one in which people don’t have permanent jobs; they are all individual contractors doing projects with those who want their services. Success in the gig economy requires you to constantly reskill or upskill yourself.

Extending this logic to politics and business, it means there may be no permanent vote banks or loyal customers; gig players in the field understand that the voter needs constant excitement to stay loyal to a politician or party and that products need constant reinvention or new avatars to retain or grow customers.

The world belongs to energisers

So welcome to the world of energisers and excitement creators. This is the new reality of today.

Why did Emmanuel Macron, a politician who has held no elective office, whose only distinction was that he married someone old enough to be his mom, win the French election? Or why did Donald Trump, a misogynist and politically incorrect politician who riled most constituencies, win the US presidency in 2016?

Trump energised the white male voter, who felt left out in the politically correct Left-Liberal consensus of the east and west coasts of America by talking up their concerns. Despite the repeated outing of Trump as a boorish character who talked nonsense, they stuck by him to give him victory last November.

Macron, who came from nowhere to beat his Left and Centrist opponents, and the racist National Front of Marine Le Pen in the final faceoff, won because his message was different, more hopeful. While his mainstream opponents seemed to promise more of the same, in the context of a France keen to learn lessons from the rise of a Trump or Britain’s exit from the European Union, he promised a refreshing contrast of staying by French values and European ideals. He seemed new and different.

Richard Branson energised his Virgin brand by repeatedly making his flamboyant lifestyle and skydiving the exciting markers of his airline and product values.

Ditto for a Baba Ramdev, who used his yoga guru status to build Ayurvedic brands that promised similar benefits. Patanjali is now closing in on the volumes and revenues of the big FMCG players, including Colgate, Hindustan Lever and domestic players like Dabur. The benefits of a yogic persona have been transferred to his FMCG brands.

Sri Sri Ravi Shankar, who too has had huge success with his Art of Living brand, has now taken a similar route to energise his own FMGC products by lending them the Sri Sri tag. As long as there is excitement around Sri Sri, his products should fly.

The value of gig economy

In the gig economy, value has shifted from the functional aspects of a brand to psychic benefits. Wealth is created not just by ensuring that your prices stay well ahead of your costs, but by providing esoteric gains that exist more in the minds of the voter or consumer than in reality.

Or why else would an Apple, which makes most of its money from smartphones, be the world’s most valuable company, with a current valuation of around $785 billion? Or why would an internet search company like Google be valued at more than $674 billion?

The reason is, Apple, despite bringing in repeated excitement to its products, is no longer about just a mobile smartphone. It is something more – a cool possession. You don’t own an Apple; Apple owns you.

Google is not just a search and maps company – it is morphed into the world’s largest media company, bigger than the Comcasts and NYTs of the world. It is also into esoteric areas like self-driving cars and other futuristic products.

Apple and Google are making the very association of their names exciting by being more than what they originally set out to be. To be part of the Apple or Google ecosystem is like taking a time-machine to the future.

Google and Facebook are the world’s two largest advertising revenue earners, accounting for more than $106 billion in ad revenues in 2016 between them. They energise their users by being the source of information and excitement in their own way, leaving regular media companies far behind.

Uber did not invent the ride-hailing business. There were radio taxis and GPS-based taxi operators even before Uber was born. But Uber’s success, and those of Lyft and its other competitors, came from being able to put the business of ride-hailing into your smartphone.

It comes from making ordinary car-owners potential commercial operators by patching into the Uber network, however much regulators may dislike this subversion of the regulatory process.

The distinguishing trait of successful companies and individuals in the gig economy is the constant ability to reinvent and re-energise, discarding old avatars for new whenever your customer interest seems to sag.

No one illustrates this ability to reinvent better than Prime Minister Narendra Modi. In 2002, he was the Hindutva icon, the one who presided over the gory Gujarat riots. But in 2007, he was organising global investment summits, and became the growth icon. By 2012, he was India’s most business-friendly Chief Minister, one who could be India’s Ronald Reagan or Margaret Thatcher. When you talk business, the world learns to love you despite 2002.

In India, he energised his hidden voter base by being active on social media, which turned out to be a force multiplier in 2014. He generated huge energies in his support base, leaving his flat-footed opponents panting to catch up.

But once he won the top job in 2014, he was already reinventing himself for 2019 – mixing modernity with pro-poor policies. He stirred up excitement with his demonetisation (DeMo) of high-value notes last November, which gave the impression of a major move against India’s moneybags and black money hoarders.

DeMo may not have brought economic gains, but Modi energised his audience with this bold move. He surprised his opponents by proposing the name of a Dalit for President, and India’s best-known money contraption is now the BHIM app – Bharat Interface for Money.

The takeout from all these examples is clear: in the gig economy of today, excitement and energy are key to growth and power. It does not matter whether this power is about politics or business, the voter or the consumer.