If you have the will to make change, she has the way—Meet Priya Naik, the change consultant 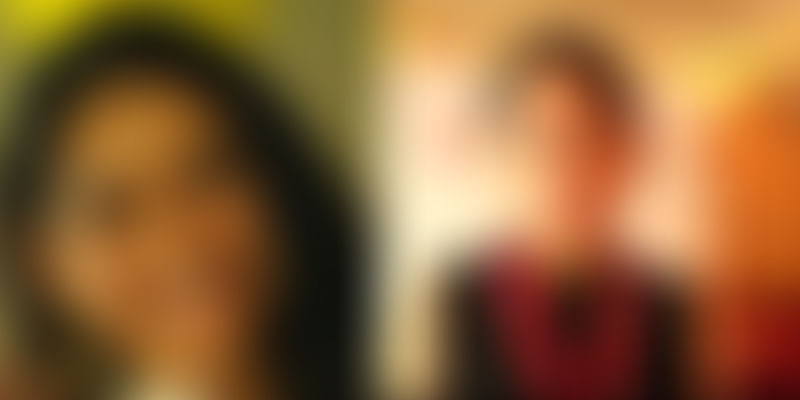 Having travelled to 25 countries by the time she was 25, and even lived in and served several of them—Priya Naik learned that the powerful and connected may well be passionate, but when unsupported by nuanced knowledge, the sentiment is lost in translation by the time it reaches the ones it is intended for.

So, she returned to India with the limpid goal of ensuring that the well-intentioned efforts of companies, their passion and network are united with the knowledge and nuanced approaches of the heroes working in the heartlands of India—and here is what she has accomplished.

A glocal icon in the making

Growing up, the cornerstones inculcated in her by her family were that one shouldn’t take life and their privilege for granted—for her grandfather came to Mumbai an orphan, whereas her father studied under the street lights. “My family history has made me conscious of the fact that I was luckier than a lot of other people. There was this sense that your choice of profession or the way you conduct yourself in life needs to be in a way that you are creating a better world,” she says.

After she graduated, she worked at Arthur Andersen in Mumbai but thought there was something missing. She then decided to study Public Policy at the University of Michigan, where she got the opportunity to work with the International Finance Corporation in Africa. Her role was to evaluate business schools in four countries and train them through partnerships with business schools in the US.

Then she returned home. “After working in the US and Africa, and having been to 25 countries by the time I was 25, I knew that if I really wanted to do something that changes the status quo, I needed to be back in the country I understood best,” she states.

The anatomy of activism

For a diverse and complex place like India, Priya knew that she had to bring together a diverse set of stakeholders to create a roadmap and ensure a larger impact. “We asked the question that if companies are invested in solving business problems and meeting consumer needs, can we create a value proposition for them to transform the social sector while keeping their interests and those of their stakeholders in mind? How can we get them to not only participate but also engage in the process of problem-solving? This way, we were able to look at problems holistically and identify roles and opportunities for each stakeholder within the larger picture,” she says.

Thus, Priya created Samhita, in an attempt to get everyone, from companies, foundations, to social organisations and individual donors connected with causes they feel strongly for.

Samhita advises companies about three things: the awareness of their relationship with society, a sense of responsibility that comes with the realisation, and then developing an engagement strategy to address the issues within society.

To guide them in implementing robust and impactful CSR programmes, Samhita provides companies with a comprehensive package of services including strategy development, programme and partner selection, needs assessments, project management and impact assessment.

The 'implementation partners—that is, the organisations at the grassroots that they connect with the companies and other funders—are not charged. On the other hand, Priya wants to work towards building their capacity to receive more funds and, in turn, scale their projects.

However, Priya noticed that many organisations were still building the blocks of their CSR strategies. “There was a lot of trial and error and delay in decision making. So, we started providing consulting and project management services. The CSR rules in the Companies Act 2013 helped us expand this practice,” she says.

As they scaled up, they also roped in foundations and international donor agencies to create platforms that enable companies, other funders, NGOs and the government to address select social issues collectively and on a large scale. This experience eventually culminated in the development of her online platform—Samhita GoodCSR, which streamlines CSR activities to make them more impactful.

Currently, they have over 1,500 NGOs and 333 programmes live on the marketplace, and have also developed a tool called SmartRFP, which allows companies to reach out and select NGOs across causes easily with the help of analytics.

“Over the last seven years, we have grown from a motley bunch of interns and volunteers to a team of professionals that advise and work with some of the world’s best-known companies, donor agencies and social organisations to implement high-impact social initiatives across the country,” Priya adds.

Clients mainly approach Samhita through referrals, their website, or their representatives at events. When Prime Minister Narendra Modi announced the Swachh Bharat Mission and the critical role he wanted companies to play in achieving an ‘open defecation-free’ India, Samhita was among the first organisations to create knowledge and an implementation blueprint to enable companies to participate in this nationwide movement. Even now, water, sanitation and hygiene (WASH) remains one of their areas of expertise.

Another sector where they’ve taken the lead in, which is also on the national agenda, is rural electrification, solar solutions and off-grid energy. They have partnered with some of the world’s largest grant-making agencies to unlock CSR funding for projects through strategy and knowledge creation, outreach efforts and have provided a platform for implementation partners to connect with companies and other funders.

“We assume full ownership for projects. The depth of impact is critical for us,” Priya explains.

While working as a researcher at the Poverty Action Lab at the Massachusetts Institute of Technology (MIT), Priya also mentored a student team trying to find solutions for alleviating poverty. That created Aerovax, a company that made safe, inhalable aerosol vaccines that could be delivered without the use of needles. She was also associated with Kalpataru, a company that delivered innovative, low-cost technology to increase the efficiency of microfinance institutions. Kalpataru’s pilot was tested with the Grameen Bank in Bangladesh and was presented to Nobel laureate Dr Muhammad Yunus. Both social enterprises won several awards at MIT.

As a truly glocal icon, Priya lives multiple lives, but while people know her as the changemaker, or the fiercely opinionated speaker, there is a lot more on her plate. And like most woman entrepreneurs, critical life experiences overlapped: postgraduate education, marriage, starting a family and so on, thus making her twenties a challenging decade. “Everything you’re a part of needs your concentration and none of these roles overlap. Being a woman and an entrepreneur, there are a lot of times when you may feel isolated. You are trying to chart a path for yourself and it isn’t easy to find people who understand your madness. So, I owe my success to the fact that I found a set of people—investors, advisors, directors—who believed in the same vision and treated this company as their own,” she signs off.