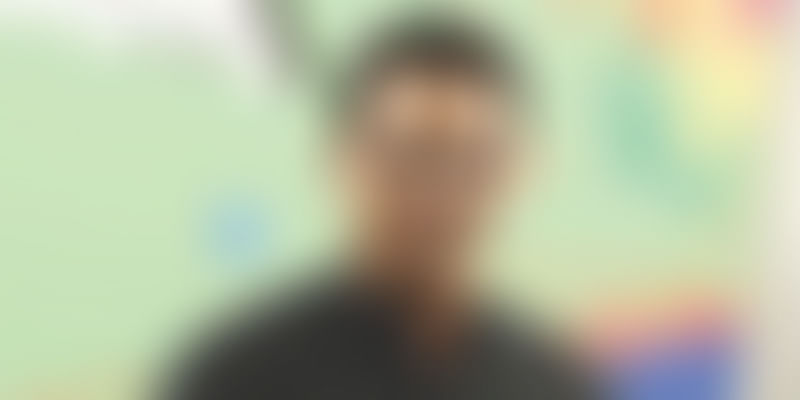 In 1999, while in college, Syed Sultan Ahmed taught debating in schools. He figured that kids needed to learn life skills along with communication. He began to run close to 20 training sessions, in various schools in Bengaluru.

He soon realised that he had to scale the programme and introduce it to more schools. And for that, he had to build a brand. Thus LXL Ideas was born as a platform to impart life skills to school kids through cinema, quizzes, literary and cultural festivals.

LXL Ideas translates to ‘learning the x factor of life’. Syed says it is about emphasis on life skills’ education.

Syed says, “The kind of work we do is opposite of what every education company does. Sadly, education in India is only focussed on academics and marks.”

Sultan has been an advisor to CIET-NCERT and is a member of the FICCI School Education Committee. He also serves as an advisor to several children’s brands and educational institutions globally on issues related to the psychosocial development of teenagers.

LXL Ideas evolved after several tests and runs. Syed, a chemical engineer from Dayanand Sagar College, discovered his entrepreneurial spirit while in college.

In subsequent years, he failed a couple of years in his course and teaching took up most of his time. In hindsight he is happy that he could spend his time teaching kids. Eventually he ventured beyond public speaking and communications and included other skills like team-building in his workshops.

During this time, he organised a school festival called ‘Activity’ in 2000, an inter-school cultural and literary competition, that went on to be known as Horlicks Wizkids.

The competition attracts students from India, Pakistan, Sri Lanka, Nepal, and Bangladesh, with more than 30 events in arts, literature, painting and extra-curricular activities.

With these modest steps, it evolved into the brand ‘Krayon.’ Various cultural and literacy events for children are held in collaboration with Krayon and are sponsored by brands like Sunfeast, Unilever, Dell, and Microsoft.

The idea developed further and from Krayon as a brand, EduMedia – now LXL Ideas, took shape in 2002.

LXL Ideas also runs a film-based module ‘School Cinema’ where they produce films for children. The intent of making films is to teach children important life skills, which in the longer run prove beneficial.

Syed explains, “Usually, children’s films in India are made by people who believe children are not very intelligent. They ‘dumb down’ the films down or put a couple of kids in a normal script and call it a children’s film.”

These films are different because they refrain from preaching and are not pedantic. So every movie is just a thoughtful presentation of different views and offers an open-ended judgement for the kids to evaluate.

“School Cinema comprises storytelling and entertainment, involving emotions in an audio-visual medium. We took a big risk by venturing into cinema, as it is very expensive,” he says.

The efforts have made off. In six years, they bagged six national awards, which Syed feels, is a testimony to the quality of films they make for children. Over one million children are using the project to learn life lessons as part of their curriculum through 120 plus films.

Every grade (1-12) has a curriculum of 10 films and based on that they also have workbooks, activities and various projects that the child can utilise. Each movie is about fifteen minutes. It retails at Rs 400 per child for a yearly package.

The films have been screened at over 130 film festivals across the world and have won several international awards.

LXL Ideas also publishes a monthly magazine called the ‘Mentor.’ It caters to school principals and educators, that talks about various academic issues.

“The idea comes from a simple fact that the Principal is the head of a centre of learning; and it important for them to learn on a continuous basis,” says Syed.

It currently caters to over 17000 schools and around 1200000 copies have been sold till date. It retails at Rs 40 each. The revenues from ‘Mentor’ magazine are generated from subscriptions.

The team of LXL Ideas is spread across Mumbai and Bengaluru. Bengaluru houses the research and content teams, mentor team, school cinema and research team. The team in Mumbai handles School Cinema operations.

One of the divisions, called the ‘Teach’, is a research and training organisation for schools.

Syed feels participation in events teaches life skills. He explains with the help of an example: if one participates in dance, one learns the value of hard work, dedication, creativity, designing, team work, handling stress, emotions, dealing with failures and success, appreciating others’ talents, etc.

“Unfortunately all the schools look at it as a co-curricular activity, something which is extra.” They have catered to over 1000 schools across the length and breadth of the country.

CSR funds are used to fuel the Teach programme. They have recently added another activity, the Expressions Society, an internship programme for college students to teach in schools.

They also have a project with the National Stock Exchange, where they teach school students financial literacy.

“We educate them about needs, wants, and saving money. One of the future challenges is going to be the financial web. The cost of education is at an all-time high and students need to cope with it,” explains Syed.

However, the biggest challenge the team faces is changing mindsets. “We are generally bombarded with a lot of questions. However, we intend to continue making a difference in education,” explains Syed.

According to India Brand Equity Foundation, India holds a very crucial place in the global education ecosystem. It has more than 1.4 million schools with 227 million students.

A total of $1.1 billion has been pumped into the education sector by private equity investors, says a Kaizen equity fund report. The players focused specifically on K-12 education and include biggies like Sequoia-backed Cuemath and Byju’s, which recently raised an undisclosed funding from Tencent. It has also acquired Edurite and Tutorvista. There are others like Playabo, chippersage, and Efundu.

LXL Ideas intend to continue making a difference. As part of its diverse offerings, it is soon launching a film festival for children in December called IKFFI, International kids film festival of India (IKFFI). If all goes well, LXL Ideas with its innovative approaches can prove to be a disruption in the education space.