Caremotto: leading the way in affordable and accessible healthcare 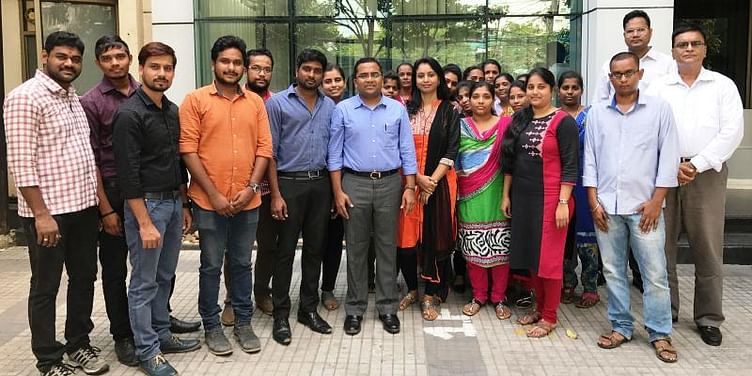 The startup is striving to make healthcare affordable and accessible to all, irrespective of their ability to pay. With fixed medical charges, qualified doctors, and reputed hospitals under its umbrella, patients receive the best care possible.

Illness is an unavoidable consequence of living. Every day doctors across various types of hospitals - government, private, semi-private or trust-based hospitals - tend to see approximately 40-50 outpatients. Among these patients, those with medical insurance do not concern themselves with the cost of treatment.

A few patients may even be covered under a government scheme, which lifts the burden of expenditure off their shoulders. The majority of patients, however, are people who are out-of-pocket spenders. These are the people who are driven into poverty due to the rising cost of medical care.

As soon as a patient is diagnosed, they begin the hunt for the best hospital with the ideal doctor, where treatment won’t cost a fortune. This search on its own brings a lot of expenses, such as registration at the hospital, waiting time, travel and overnight stays in other cities. While this may resemble window shopping in a mall, it is infinitely more expensive as a patient hustles from one hospital to the next.

The Economic Times reported that overnight trips for healthcare are the most expensive, with an average cost of about Rs 11,000 per night. This means that by the time the patient is done enquiring at four hospitals in any metro city, their total expenditure would amount to Rs 15,000 to Rs 20,000. That is a lot of expenditure to for someone who hasn’t received the required treatment yet. When asked what exactly the out-of-pocket spenders were looking for in their search, they expressed concerns about escalating hospital expenses - the ones that are added onto the patient's bill once admitted.

The problem with such a pursuit is that treatment is delayed, often putting patients at the risk of serious, unforeseen complications. The patient and his caretakers do not wish to jeopardise the patient's health, but the prospect of an escalating bill is an intimidating obstacle. The only solution that would ease their worry is a fixed cost for the treatment or surgery.

“If we look at this from a hospital's perspective, they are never 100 percent occupied. The average occupancy rate is around 60-65 percent at best in a year. To utilise the remaining 35-40 percent better, we pitched to a few hospitals with the idea to fix the cost of these unoptimised resources for treatment and surgery. The hospitals that agreed were welcomed on-board and we launched Caremotto in April 2016,” says Dr Niranjan Ravuri, 37, Founder and CEO of Caremotto, who is a surgical gastroenterologist by profession with 15 years of experience. He was awarded the Professor Sambandam Memorial Gold Medal in 2014. “We prioritise ‘care’ of the patient before anything else, hence the name Caremotto.”

The story that ignited the fire

“I had a patient who came to me for a gallstone surgery but he was hesitant to get it done immediately. When I probed him about why he was being so cautious, he told me that his wife was uneducated. He had some education himself, and hence would be able to arrange for money. But, if during hospitalisation something went wrong, his wife would not be able to gather the funds to get him treated. This is what motivated me. The following week, a plan was put together and we started Caremotto,” says Dr. Niranjan.

A curated list of highly qualified, reputed doctors, and hospitals was made. Twenty people were hired and trained with regards to information about 70-80 medical procedures, their symptoms, cost of treatment/surgery, the best specialists, and other such factors. An easy-to-remember number, accessible anywhere in India and the world (040-46465656) was chosen - this meant people didn’t have to visit the website to get the required assistance, they could call the number and get real-time guidance by any of the 20 care advisors. They have also introduced a WhatsApp number (+918056082222) in order to smoothen the process of communication.

To perform a pilot, two highly populated areas - Kukatpally and Miyapur in Hyderabad were chosen and 30,000 flyers were distributed. Having received 25 calls that day, it was clear that there was a need for such a service.

Dr Niranjan recalls, “We received a call from a contract labourer who had a growing mole on his face. His doctor claimed it could be cancer. He would need to get it surgically removed which would cost a minimum of Rs. 80,000 inclusive of reconstruction. This was far beyond his means. He came across our flyer and called us asking for help. At the time we had only five hospitals and 30 doctors on-board, none of whom could provide the necessary service. However, back in 2009, I worked at a cancer hospital. So, even though the hospital was not on our list, we sent him there and we still do that. We asked him to carry his Aadhar card and Aarogya Bhadrata card so that he could avail all subsidies provided by the government. The surgery was done and the mole wasn’t cancerous. The only expense he paid for was travel. To this day, he refers patients to us.”

Since then, Caremotto has grown to a team size of 30 members, 18 of whom are care advisors. The panel now includes 90 hospitals. They have helped 14,000 patients, of whom 650 were operated through them, 4,500 came in for surgical consultation and second opinion and 9,500 came for medical consultation. Presently, they are active in Telangana and some major cities of Andhra Pradesh like Visakhapatnam, Vijayawada, Guntur , Nellore, and Prakasham district.

“People think hospitals cheat people with overcharges. To avoid such discrepancies, for 60-70 frequently done procedures, we’re able to provide a fixed cost. This means the patient can arrange for the money before getting his treatment.”

“We are yet to include high-end procedures like cancer surgeries, brain surgeries, and heart surgeries into our fixed prices bracket. We hope that by the end of the year, we are able to fix the expenses on at least some of them.”

The numbers are steadily increasing. Caremotto currently guides an approximate 80-90 patients a day and hopes to increase the numbers to 150. The plan has already been made for expanding to Chennai by the end of the year.

“We’ve started fundraising for the patients who are uninsured and cannot afford medical expenses. We have many surgeries lined up for the coming months and hope to raise enough funds to get them treated.”