How Healthi is using predictive analytics to promote preventive healthcare 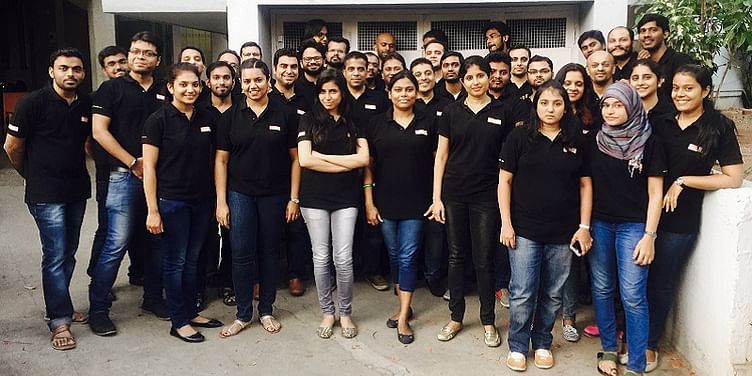 India’s humongous healthcare challenges have given a new meaning and urgency to the age-old adage – prevention is better than cure. The country’s new National Healthcare Policy, announced in March this year, harps on the importance of “preventive and promotive” healthcare and calls for private sector participation to address the gaps in these areas.

Friends Krishna Ulagaratchagan and Rekuram Varadharaj spotted this gap much earlier and sought to exploit it with Healthi, a startup they founded in 2014.

Healthi is a technology-backed preventive healthcare platform that uses analytics and machine learning to help its users make smart choices about their health so as to avoid chronic diseases.

“The idea is if you can help predict it, then it becomes easier to help prevent it,” says Rekuram.

The platform claims to offer 9,676,800 health check package options and having conducted more than a million tests so far. It also boasts of more than a hundred corporate clients.

The team refused to divulge the revenue figures but claimed that they saw 6x and 9x growth in 2016-2017 and 2015-2016. Going forward, they intend to make preventive health intuitive and more action-oriented.

Krishna, and Rekuram, have been friends since their undergraduate years and through their professional lives. The duo had their own entrepreneurial ventures and was quite happy with the trajectory their respective careers were taking.

Having lived in the US and Europe, Krishna was used to yearly health check-ups that gave him an idea of what needed to be done. He followed the same routine upon returning to Chennai, but, Krishna says, he didn’t feel any smarter or more knowledgeable than he did before the checkup.

Rekuram too faced a similar situation. A non-smoker and a teetotaller who also played rugby, he felt he had no reasons to worry as we were doing all the right things. However, when he got his health report, while he didn’t have any serious condition, it showed he was at risk due to a family history of certain ailments. Rekuram V felt the need for a mechanism to predict the risks in advance. This gave birth to the idea of Healthi.

Preventive healthcare in India is entirely a matter of individual preference. According to Rekuram, in India, nearly 28 percent of the people don’t even visit a physician for preventive health check-ups. And those who do so are generally enabled by employers.

Healthi, therefore, has tied up with corporates. The platform grants easy access to the employees of more than a hundred client companies.

“Our idea is that a preventive health checkup is a natural starting point. So we thought, can we just make that insightful by making it the beginning of a preventive care system?” says Rekuram.

Healthi follows a three-stage process of testing, analysis and prevention. The moment an individual registers on Healthi.in and submits essential information, the platform immediately suggests the tests needed and the best options in terms of test providers and pricing. The individual has to buy the tests online and choose a hospital or a diagnostic centre.

The company can also provide their employees with different kinds of health check-up packages, which they can choose from.

In the second stage, the results of the tests are transmitted digitally to the Healthi backend, where cutting-edge analytics is used to identify areas of health and lifestyle that may be of concern. The test data and these areas of concern are presented on a dashboard for easy access and viewing. The last stage entails consultation with a physician on Healthi.in or offline, followed by personalised tips by Healthi.

The Healthi preventive care packages cost between Rs 300 and Rs 10,000, depending on the extent of tests needed.

“When we started we thought our biggest challenge would be taking the healthcare report and making sense of it. But what we found was that most partners we worked with had customised systems and no standard mechanisms. So the challenge was how do we talk to multiple players and get the systems to talk to one another,” says Krishna.

According to him, another problem is that most people, instead of first talking to their doctor and getting an appropriate health checkup done, just walk to the front desk and ask for a health check, picking up a package based on price.

“We found that most people needed a follow-up consultation and tests because the initial package wasn’t enough. Based on international guidelines and working with a group of doctors, we have been able to make our analytics engine a simple recommendation engine as well, where we are able to recommend the right health checkup for you,” says Krishna.

Vani Kola, Managing Director, Kalaari Capital, a keen watcher of the healthcare sector in the country, expressed her concern in an earlier article by YourStory, saying:

"Today, India’s healthcare is in a crisis. India ranks a dismal 154 out of 198 countries on the healthcare index. Health access and quality index of India at 44.8 is behind countries such as Sri Lanka and Bhutan. In fact, some Indian states such as Bihar and UP are worse off than some sub-Saharan nations on many health indices.”

It’s not surprising that preventive care is one of the fastest growing segments in healthcare today in India, where lifestyle diseases like diabetes and cardio vascular ailments are fast becoming endemic and which can ill-afford the humongous cost of managing them. Even biggies like Practo, which raised a Series D funding led by Tencent, have rebranded to focus on complete healthcare platform, where prevention plays a major role. Apart from that 1mg too is looking closer at preventive care.