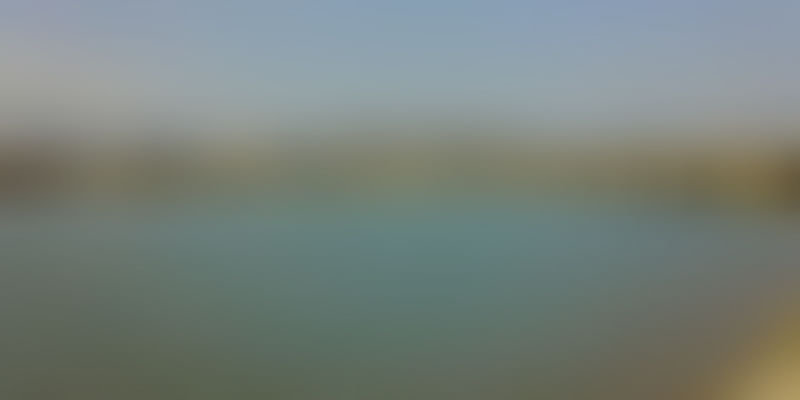 Data shows Haryana has done better than its parent state, but the positives are getting lost as both states clamour for more.

Rapid growth in population, agriculture production, industrialisation and urbanisation have put an extreme burden on India's dwindling water resources. Water-guzzling paddy covers maximum gross area under cultivation at 44 million hectares. Disputes related to inter-state rivers have been rising be it the Cauvery in the south or the Yamuna in the north. Punjab and Haryana are also involved in a tug of war over sharing of water from the Ravi-Beas, something that has gained more attention now with rival political parties trying to score a point just ahead of the next year's Assembly elections in Punjab.

The dispute took centrestage with the Supreme Court recently taking up for hearing the Presidential reference related to a law passed by Punjab in 2004 terminating all water-sharing agreements with other states. To complicate matters further, Punjab Assembly recently passed another bill to return to original owners the land acquired for the proposed Satluj-Yamuna Link (SYL) canal, which was to transfer water to Haryana. The dispute related to water sharing started with the reorganisation of Punjab in 1966 to form Haryana and Himachal Pradesh. After several negotiations and tribunals, Haryana was awarded 3.5 million acre foot (MAF) of water from the Ravi-Beas. It gets 1.62 MAF of this share via the existing canal network but wants the SYL canal to deliver the remaining allocation.

Punjab is protesting that Haryana should not get the Ravi-Beas share being a non-riparian state to both the rivers. Haryana claims the same being part of a bigger Punjab prior to 1966. By that yardstick, Punjab says it should also get water from the Yamuna, which Haryana shares with Himachal Pradesh, Uttar Pradesh, Rajasthan and Delhi.

Both neighbouring states are known for their record agriculture production, vast irrigation coverage and high cropping intensity but most of this production is fuelled by groundwater resulting in over drafting.

Both Punjab and Haryana lay claim to the disputed share on the ground that they are short of water. In its submission to the Supreme Court, Punjab claimed that the flow in the river has decreased over the years from 17.17 MAF to 14.37 MAF and the groundwater table has depleted while its needs have increased with over nine lakh acres of agriculture land dependent on water from the Ravi-Beas. Earlier, Punjab had also laid claim to this water to take cropping intensity to 200 percent.

On the other hand, a resolution passed by the Haryana Assembly reads that non-supply of its share from the Ravi-Beas waters has resulted in a reduction in agriculture production to the tune of 800,000 tonnes of food grains every year, causing a perpetual annual loss of about Rs. 1,000 crore.

Shortage of water in both states can be traced to the introduction of high-yielding but water-intensive paddy varieties during the Green Revolution. Not a staple food of north western India, farmers were lured into growing paddy with assured procurement for supply to other states through the public distribution system. Over time, paddy dovetailed well with wheat and edged out pulses and coarse grains from the fields affecting soil fertility as well. An estimate suggests that Punjab uses 5,337 litres of water to grow 1 kg of rice. During 2015-16, Punjab’s contribution to the central pool of rice was 93.5 lakh tonnes, which required 48,105 million cubic metres of water. Thus, Punjab has actually been exporting most of its water to fulfil the food security needs of the nation.

But lack of water is not always a roadblock as Haryana has shown. Use of micro-irrigation techniques like drip and sprinklers is essential to save on irrigation water, and data shows that Haryana has marched ahead on this front. Better subsidy (90 percent) than Punjab (75 percent) and a greater need to conserve water on its undulating topography and sandy soils were the main reasons for the success of sprinklers and drip systems in Haryana.

Mahendargarh, Bhiwani and Hisar districts get the least allocation of irrigation water and hence could have benefited the most from the SYL Canal but a missing link is also a blessing in disguise because these districts have done exceptionally well by adopting micro irrigation, which besides saving water also offers higher production.

Watershed management involving the construction of structures like check dams, nullah bunds and percolation tanks to harvest water and check soil erosion is another focus area that needs attention. Haryana has a larger area which can be treated and it is making good use of that. Here again, it's mostly the deprived southern districts that have contributed the most. In 2015-16, Haryana created and restored structures that can save 288139.6 cubic metres of water.

A similar trend can be seen in efforts to augment rural drinking water supply schemes. Both the states have registered high percentage of villages supplied with drinking water even though most of this comes from underground aquifers. Haryana has done better than Punjab in building sustainability structures to support these schemes. Scarcity of water played a significant role in pushing Haryana towards better water management. It had no other option.

Due to increasingly unpredictable weather and water demands, disputes are bound to rise. In such a scenario, water-saving technologies and conservation measures are the only ways to acquire resilience against ever-changing climatic and political developments.