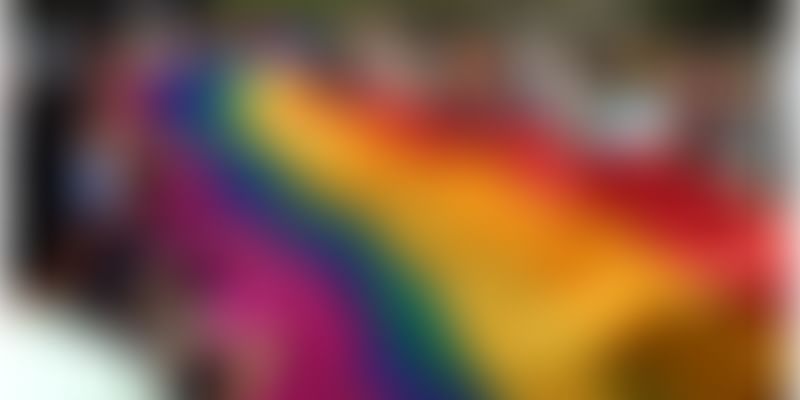 The Delta App is a platform that helps like-minded people meet, and provides a safe community space for users to share, and increase access to support and resources.

The Indian LGBTQ (Lesbians, Gays, Bisexuals, Transgenders, Queers) community is highly marginalised. There are hundreds of thousands who face discrimination and cannot express themselves due to societal pressures, fear of prosecution, and lack of support infrastructure and access to peers. There is a very limited space for them to freely express themselves without being stereotyped. But what if one could imagine a space without any such discrimination? Well, Ishaan Sethi, from Delhi, hopes to create such a space. He intends to create India’s first LGBT community and networking app, with Delta.

It will be a platform that helps individuals meet like-minded people, providing a safe community space for users to come together, network, and access support and resources such as LGBT-friendly listings, therapists, FAQs, mentors and more.

How did it all start

Speaking about discrimination against the LGBT community, Ishaan recalls his own struggle, “I struggled with my sexuality all through school, was bullied, called names, isolated myself and then lived in denial because I thought the only way out was to vehemently oppose the thoughts in my head. I thought something was very wrong and I was willing to do whatever it took to ‘rid’ myself of my feelings.”

Ishaan went to Brown University to pursue Economics. It was here he realised that one’s work speaks for itself, regardless of gender, orientation, religion, and other prejudices that divides the society “I met several individuals who had come out of the closet and were living their lives without the fear of wondering what everyone thought, or being labeled ‘the other’. My faculty and friends encouraged me to come out so I could really start embracing who I am and with time, that is exactly what happened,” he says.

Ishaan moved back to India in 2014 to start his own company in the analytics space called PropheSee with two other co-founders. When he moved back, he didn’t want to “go back in the closet” and remarks,

“I decided that no matter what happens and what anyone else might say - I would fight it out. During this time I met incredible allies and LGBT individuals from various walks of life - few in the closet, few out and proud and few still questioning their feelings or figuring out how to deal with the idea of sexuality.”

In the meantime, Ishaan met Sachin Bhatia (Founder and ex-CMO of MakeMyTrip), and Rahul Kumar, Co-founder of TrulyMadly, who were the clients of PropheSee. Ishaan says, “Sachin connected with me to explore if we could do something together that addresses the needs of the community and the unique challenges they face in India.”

After exiting from PropheSee in April this year, Ishaan decided to take the plunge and join Sachin on working on Delta. He excitedly says,

“It took me only two seconds to realise this is definitely something I want to do. There are two reasons to it. I have hundreds of friends who identify themselves as LGBT in India. As people understand the nuances more & educate themselves, they quickly realize that there’s nothing wrong with them or how they feel. And in my own experience as well, there are many problems faced by them. I realised access to a community, resources and the ability to meet like-minded people was nearly absent and if easily accessible, could really help people lead their lives to the fullest extent."

For example, they started seeing schools & colleges in the country finally setting up LGBTQ support groups and counselling. As Ishaan explains, "This is important because kids are coming out at incredibly young ages today. Sensitizing them at an early age can ensure that you are empowering their world with informed and caring adults who Celebrate the diversity rather than fear it."

Delta, the community and networking app

“One thing which is largely missing in LGBTQ community in the Indian context is the lack of access to the community where people can meet, connect or share information. The community aspect of the app will allow users to come together over shared interests, engage in forums and discussions, set up local meetup groups, share and consume content in a safe space online. This is a network of LGBTQ inclusive and friendly businesses across industries – venues, hotels, restaurants, brands, businesses and so on," Ishaan explains.

“We have several such brands that have already signed up with us and have become a part of Delta network. These include companies like Godrej, Urbanclap, Kama Ayurveda, the Lalit Group of Hotels, IBM, PostFold, Kitty Su and many more,” says Ishaan.

The second component of the app is offline aspect of community building called the delta network. It is a LGBTQ network - inclusive and friendly businesses across industries - to bring forward non-discriminatory entities and drive firms towards LGBTQ-inclusive policies relating from LGBT-friendly hotels, restaurants, brands, business and so on.

Speaking about the idea of the Delta network, Ishaan highlights that it is to provide the community and its allies the benefit of being inclusive. Stating an example, Ishaan goes on to explain, “Let's say I am a tourist who identifies with the community travelling to Delhi. I know that if I go to the Lalit Hotel, I will not face discrimination or harassment on grounds of gender or sexuality. That I will be treated with respect and dignity as any other human being. Delta network helps me spread this information.” The idea is to empower people with the knowledge about safe spaces and increasingly sensitise businesses to the needs of the LGBT community and provide mutually-beneficial relationships.

The third component of the app looks into support. Using distance, this aspect hopes to help people find their closest LGBT friendly therapists, legal aid, healthcare etc. Additionally, this will also include features such as online support, counselling, therapy and access to information such as coming out queries, sexual awareness and health, legal frameworks and several other resources that can positively impact members of the community.

The Delta App is trying raise the funds through a crowdfunding campaign and have people like Rahul Bose, actor and activist, supporting them.

All the features will not be rolled out in the first version of the app. The alpha phase will have the feature of meeting like minded people. Later, the beta phase will then see the first set of community and support features. Thereafter, iterations will be made based on the feedback from the community and its allies.

“We want this app to be a homegrown swadeshi app that will address the unique problem of the Indian LGBT community. This is an app that is built by and for the LGBT community in India and its allies.”