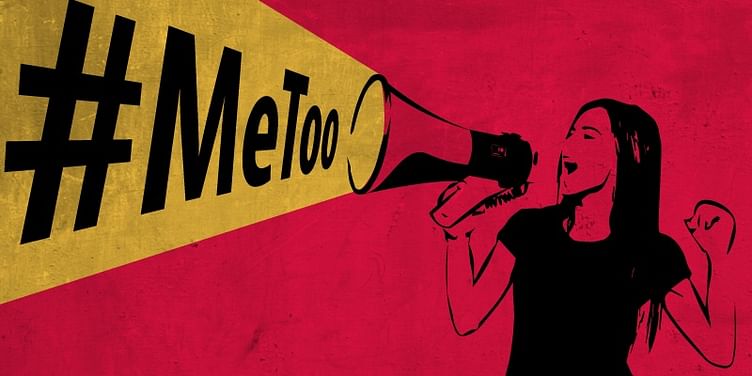 Over 40,000 responses to actress-activist Alyssa Milano’s tweet is just the tip of the iceberg; there are thousands, maybe even millions of women who are still afraid to speak up.

I remember being groped in a crowd and turning around angrily to see a bunch of laughing faces. The hand that groped belonged to one person, but the derisive laughter made it feel like being molested by many, resulting in helpless tears. Then there was the tailor whose hands lingered on for a few unnecessary seconds while taking measurements. I remember thinking - Is it deliberate? Or am I being unduly suspicious? There was the passerby on the street, who in broad daylight, mumbled his intentions in the filthiest possible language before walking away. These are just a few of my experiences, and I consider myself one of the luckier women who hasn't had to face any ‘serious’ situations of sexual or physical abuse.

All women (and I don’t mean most women) would be able to relate to such instances. Shock and anger fight with the resignation of not wanting to create a scene. This is clouded by a generous helping of fear – what if the man/men follow me home and rape/stab/throw acid if I raise my voice and shame him.

But when celebrities Angelina Jolie and Gwyneth Paltrow talk about remaining silent after being molested and propositioned, the world does sit up and take notice. It took decades and the voices of dozens of women for action to be finally taken against studio head Harvey Weinstein. Isn’t silence by the ones being violated giving men like him the confidence that he can get away with it? Isn’t apathy the reason why inappropriate behaviour continues with impunity?

Now two simple words are becoming a rallying cry on Twitter to stand against sexual harassment and assault - "Me too!" Twitter saw a flood of tweets with the hashtag, mostly from women, to indicate that they have been sexually harassed or assaulted at least once.

On Sunday, actress-activist Alyssa Milano had tweeted: "Suggested by a friend: If all the women who have been sexually harassed or assaulted wrote "Me too" as a status, we might give people a sense of the magnitude of the problem."

"If you've been sexually harassed or assaulted write 'me too' as a reply to this tweet," she wrote.

From angry to calm, sad to powerful, here are a few examples of strong women tweeting #MeToo on social media.

If you’ve been sexually harassed or assaulted write ‘me too’ as a reply to this tweet. pic.twitter.com/k2oeCiUf9n

To all the women sharing stories of sexual assault and sexual harassment, thank you for your bravery to speak up. You are not alone. #MeToo

When I was in school &college, getting groped & pinched was https://t.co/YneBVERYCe'd be red faced, you'd cry,you'd keep walking #MeToo

Most men will never understand the primal fear all women have felt when out alone. It's weird to always feel vulnerable to attack.#MeToo

Don't say you have a mother, a sister, a daughter...Say you have a father, a brother, a son who can do better.We all can.#MeToo— Nick Jack Pappas (@Pappiness) October 16, 2017

Fathers, teach your sons. So new generations of women don’t have to say #MeToo

This is how we roared today: we spoke our truth. @Twitter this is power of women.STOP online harassment or lose us!#WomenWhoRoar #MeToo

Me too. I don’t know if means anything coming from a gay man but it’s happened. Multiple times.

Also important, if you're a male victim of abuse, you matter too and this chorus of voices is also rising for you. You're not alone. #MeToo

#MeToo This isn't about gaining sympathy, we want people to realise the magnitude of sexual assault. It shouldn't be this common.