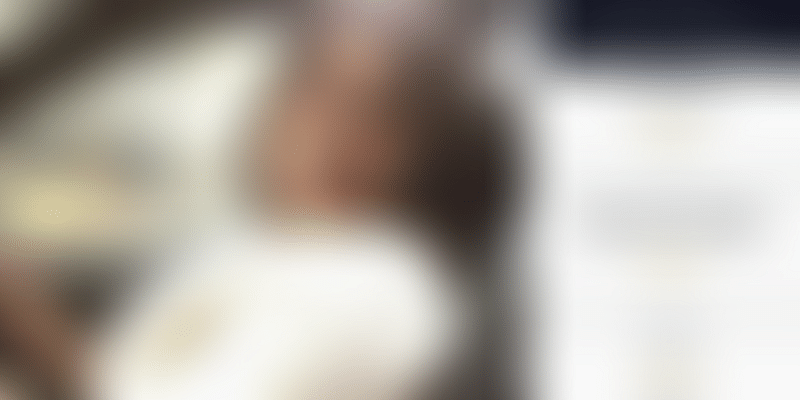 In 2014, 26-year-old Sucheta needed a job different from her corporate one. She bought a car and registered it with Uber, becoming Kolkata’s first female cab driver.

Sucheta Sinha had a fast-paced, high profile corporate job with Aviva Life Insurance till she met with an accident on May 28, 2014. She was driving through an industrial area that manufactures railway parts. A cycle carrying sulphuric acid swerved as she entered a lane on her left, spilling the contents of the acid can on her.

She suffered third-degree acid burns on 43 percent of her body. It took her nine months and a huge financial burden to recover. “I had never taken health insurance policies seriously, because who knew life would change so suddenly,” she exclaims.

Over the phone, she is confident and optimistic. She admits that life changed for her after her accident and subsequent recovery. She was not strong enough for her job, but knew that a slowed pace would invite accusations.

I needed to leave the corporate race. I had loans and responsibilities to attend to. So, I bought a car. I have always loved driving, she says.

So Sucheta put gold jewellery on mortgage to gather money, and bought a car. Initially, problems started with drivers she employed to drive her car.

It is a male-dominated society. Drivers are usually always male, and they feel that it is a man’s job to drive. So, when they were cheating fares or using the car for other errands and I found out, they would get annoyed, she explains.

Once, one of her drivers had yelled at her, “You are a woman. Why don’t you stay that way!,” she sacked him immediately, and later decided to start driving herself.

A day’s earnings amount to Rs 5,000 per car. Sucheta now has seven cars, and has employed more drivers to help her. Even now, she is not physically very strong – her accident had taken a toll on her health. But, she makes up for it immense mental resolve.

Her family had protested strongly. Her mother had given the pretext of social reputation. But, Sucheta was adamant. She was alone when she was paying bills and fighting for her life, and she would be alone while choosing her career, she decided.

At the end of the day, it does not matter what I am doing as long as I am earning through honest means. Even if I polish shoes, I should be the best at my work, is what she has to say.

Kolkata is safer than other Indian cities, she believes. Her journey has not acquainted her with too many troublemakers. “When people get on my cab, most of the times I have to narrate my story. The initial reaction, when they see me, is that of shock.” Then, shock turns to interest and appreciation. When asked about unfavourable incidents or unsafe instances, pat comes the reply,

You see, it also depends on who is at the receiving end. One needs to protest. A strong voice can silence many an eve teaser!

A vegan and an animal rights enthusiast, Sucheta is also an honorary officer of Animal Welfare Board of India. She can be often be found campaigning against cruel treatment of stray and pet animals, and escorting her four-legged friends to shelter homes.

To Sucheta, an accident is an event that changes the course of one’s life. She dreams of being a travel blogger – “I am not a tourist. I am a traveller, and a solo one. I want to experience the essence of every place I visit,” she says. She is on a mission to have a fleet of women-driven cars in Kolkata and her target employee group is women who have suffered accidents. Her determination is evident. Whatever her career is her own choice, she believes, and is on a quest to be the best at what she does.