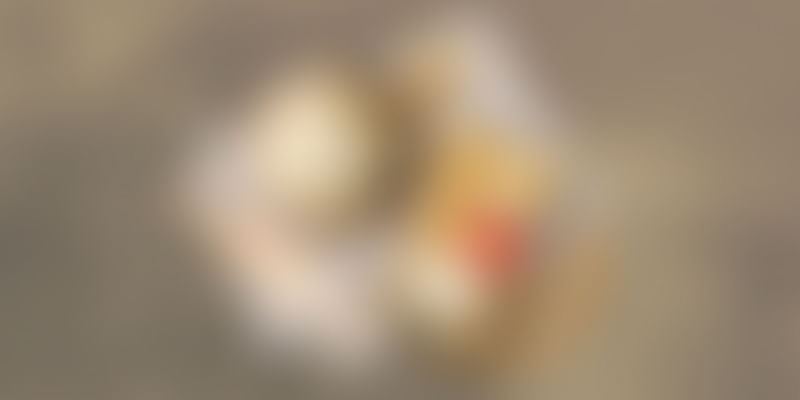 This story is brought to you by Golden Harvest

Imagine for a moment that you were back in the kitchen of your childhood home. The sizzle of the tadka, the fragrance of the spices and the rich colours that built up the anticipation to that first bite of sheer perfection.

Now, Golden Harvest from Future Consumer Ltd. is bringing the best and most premium flavours from across our country, straight to your kitchen. The wide range of products from this Rs 1,000 crore+ brand, retail across the country at all Big Bazaar, Easyday, Nilgiris, and Foodhall stores.

From the fragrance of premium Basmati rice to the kick of rich chillies and the lingering flavour of exotic spices and delicious dry fruits, choose from Golden Harvest’s comprehensive selection of top-of-the-line ingredients to stir up some culinary love.

And nothing says love more than those two little words – comfort food – they whip up nostalgia, and memories of a simpler time, when all you needed was #BharPetPyaar.

So, let’s go on a trip down memory lane with a list of some of India’s best-known comfort foods. If yours is not on the list, do let us know what it is, and what makes it so special.

From Dal Makhni in the north to Cherupayar (green moong) Curry in the south, from Amti in the west to Daieneiiong (a black dal made with black sesame seeds) in the east, India’s love affair with the simple combo of plain rice, which comes alive with the rich flavours of tempering and spices in a range of pulses, is an enduring one. In fact, each state has their own take on the humble lentil curry. Ask any Indian for a list of his or her favourite foods and this one is bound to feature. Add liberal lashings of ghee and feel the stress of the day melt away from your very first bite.

Here’s how you can whip up some Navratan Dal with lentils from Golden Harvest.

A cousin of the Dal Chawal, this combination of rice with red kidney bean gravy has an entire fan following of its own. Anyone who has lived or travelled in the North will swear that nothing quite hits the spot as rice soaked in the thick, tangy tomato gravy with a side of fresh yoghurt and mango pickle. The combo warms not just the tummy but the heart as well.

Recreate the flavoursome Kashmiri Rajma in your kitchen with premium ingredients from Golden Harvest.

Also known as Channa Bhatura, this is as sinful as it is delectable. Pillowy, yet crisp wheat pancakes paired with a chickpea gravy that is spicy and tangy – this dish offers up a riot of flavours. Picture for a moment the steam rising as you tear into your Bhatura, pick up a scoop of the Chhole and get that first taste of pure bliss.

This griddle-fried wheat flatbread is a staple across the country. Whether it is stuffed with potato, paneer, veggies or meat, nothing hits the spot like a hot paratha with a dollop of butter melting on top. Pair it with a raita or even plain curd, and a serving of pickle and it’s sheer heaven. The South also has its own version with the flaky layered Malabar Paratha that tears off like lace. This is best had with a veggie or meat stew or a peppery, dry Eratchi (meat) Ularthiyathu. For something really different, try the sweet Sindhi Lolas that are made with jaggery and cardamom.

Surprise guests with a twist on the paratha with Roat using Golden Harvest’s Supreme Atta.

This Maharashtrian snack is just what hits the spot on a rainy evening. Made with sago, mashed potato and peanuts, flattened into a patty and deep fried, it is a popular food prepared during Navratri or other fasts. Crunchy, with a kick of green chilli and lime, it's best served when doused in chutney, with a cup of piping hot tea.

Seemingly less exotic than some of the other items on this list, the humble rice and lentil steamed cake has a die-hard fan following. A breakfast staple across the country, especially in the South, there are those who profess that they can eat it at any time of the day. Paired with Sambhar, and a variety of chutneys that range from tangy to spicy to mildly sweet, it’s the perfect reminder of the Sunday mornings of your childhood surrounded by the people you love best.

And with Golden Harvest Idli Rice, you will be able to steam up the fluffiest breakfast treat.

No list on comfort food would be complete without the mention of the Biryani, the king of the one-pot meal. Flavourful perfectly cooked grain, the fragrance of patiently marinated meat rising from the layers of rice, caramelised onions and jewel-like dry fruits make this meal both indulgent and worth every calorie. From the Nawabs to the Nizams, each region in the country has its own take on the Biryani. There is even a speciality vegetarian version down south called Brinji, a mildly spiced rice with veggies, cooked with coconut milk and served with Korma.

Most Indian states, from wheat-rich Punjab to the paddy-dominant south have a version of this simple dish that they swear by. In the North, pakoras or fried dumplings are added to a tangy yoghurt and chickpea gravy and served with hot rice. In Gujarat and Rajasthan, a thinner, sometimes sweeter version is available and in the South, it is made with a tempering of chillis, mustard and asafoetida and is called Majjiga Pulusu, Mol Kuzhambu or Kaalan.

Try a unique take on the Kadhi with this Chana Madra from Himachal Pradesh using Golden Harvest’s Kabuli Channa.

Another breakfast staple, this dish made out of flat rice also has several regional variants. In Maharashtra and Gujarat, it is cooked with a tempering of mustard, green chilli, onions and coriander and served with a wedge of lime and a sprinkling of coconut and sev. In Kerala, a sweet version cooked with jaggery, ghee and cashewnuts called Aval Vilayachithu is available. In Karnataka it is made with a spicy tamarind paste and called Gojju Avalakkai, while in Odisha it is called Chuda Kadali Chakata and is eaten with milk, bananas, coconut, and jaggery. Whatever the flavour, each bite is packed with nostalgia.

The delicious Indori Poha, which has a slightly sweet kick, is perfect when made with Golden Harvest Thick Poha.

What better way to end a culinary odyssey than with dessert. Rich, flavourful, and versatile, the Kheer, Payasam, Payesh or Firni is an integral part of the way India celebrates. And the way it is cooked is as diverse as our country. From full-fat milk and rice to green moong and jaggery, from coconut milk to dry fruits, cream, and clarified butter, the ingredients that make up the variants of this decadent dish scream pure indulgence.

The magic of food is that every aroma and every flavour conjures up images that warm the heart – images of family, friends, special occasions, and instances. In fact, it has been scientifically proven that we crave comfort foods because they make you feel less isolated. So, if you are feeling a little lonely and are far from home, with all the ingredients at your fingertips, it’s time to whip up some nostalgia in your own kitchen.

And it’s made all the more delicious by Golden Harvest’s premium ingredients because only the best ingredients make the best dishes.