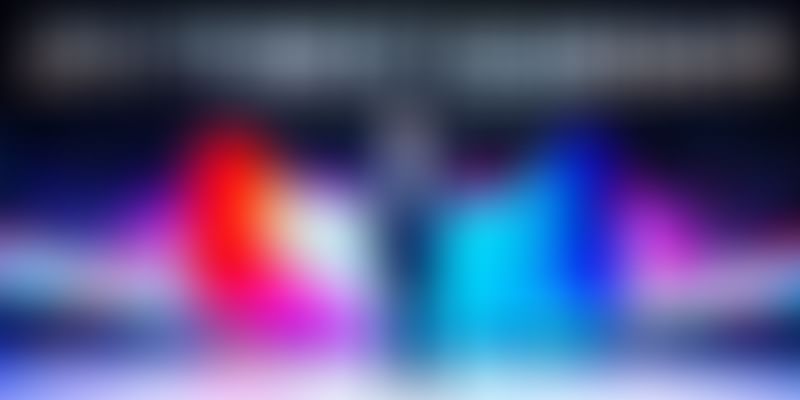 The Alibaba Group officially kicked off its 11.11 Global Shopping Festival last night, announcing promotional initiatives that will lead up to November 11. The 11.11 Countdown Gala Celebration will be held on November 10 at Shanghai’s Mercedes Benz Arena. Broadcast live on TV channels, it will feature singers and movie stars such as Pharrell Williams, Zhang Ziyi, and Karen Mok.

The China-based retail behemoth claims that 11.11 has become the largest online and mobile shopping festival in the world. A press statement from the company says that 11.11 is more than 18 times the size of Amazon Prime Day and 2.5 times bigger than Black Friday and Cyber Monday combined.

Half a billion shoppers around the world can access Alibaba’s marketplaces. Over 600 million consumers in Southeast Asia can access Taobao Collection via Lazada, in which Alibaba invested $1 billion last year.

The festival began in 2009 with participation from just 27 merchants. Last year, nearly 1,00,000 merchants participated in the global shopping event, with consumers across 235 countries spending $17.79 billion in 24 hours.

In 2016, mobile shopping (settled through Alipay) was worth $14.6 billion — approximately 82 percent of total GMV. Alipay processed more than one billion payment transactions in total.

Leveraging Chinese consumers’ interest in live streaming, Alibaba created the first ‘See Now Buy Now’ online fashion show in 2016 to showcase global fashion brands such as LVMH (Guerlain, Rimowa), SMCP, Ralph Lauren, and Estée Lauder, among others. (Viewers can socialise and interact while shopping on their mobile phones during the fashion show and save items for check-out on November 11.)

This year, multiple mobile games offer chances to win discounts. A lottery pool of $37.8 million will be also shared among Chinese consumers through a mobile game.

For this year’s festival, Alibaba is introducing ‘New Retail’ — a drive to integrate online and offline shopping experiences. During the festival, Alibaba will collaborate with 52 shopping malls to set up 60 New Retail-powered pop-up stores across 12 cities in China. Consumers can visit a cosmetics brand's pop-up store, for example, to experience an augmented reality (AR) lipstick trial. Also, nearly 1,00,000 stores in China will be converted into 'smart stores' with features such as facial recognition payment and scan-and-deliver O2O shopping. New Retail will also be rolled out for community stores such as Rural Taobao service centres and neighbourhood convenience stores.

Alibaba had earlier launched this model in the grocery segment with ‘Hema’, blending the online and offline shopping experience. Consumers can not only make orders online but also scan every product in the store to find information about it.

Alibaba’s Chinese B2C marketplace Tmall will also open 60 pop-up stores with vending machines and VR to enable consumers to virtually try on apparel and makeup items. They will also offer an AR product information display in which users can scan images to visit the product listing page and gain coupons.

From October 28, consumers have had access to a virtual fitting room where they upload photos of themselves and virtually try items to visualise their new look. Brands available for virtual fittings include Polo Ralph Lauren, Victoria’s Secret, GAP, Guess, Adidas, and Levi’s, among others.

Through interactive games, shoppers are encouraged to add merchandise to shopping carts ahead of November 11, which enables brands to better plan inventory. In order to help merchants and brands on its platforms to seamlessly extend to the global Chinese market, Alibaba will provide end-to-end solutions including logistics, payment, and localisation support. The priority markets under the programme are Hong Kong, Taiwan, Singapore, and Malaysia.

Some of the recent localisation initiatives included the launch of Tmall Supermarket in Hong Kong and door-to-door furniture delivery and assembly in Singapore and Malaysia.

Through a new Tmall initiative inaugurated in June this year, 100 Chinese brands can sell globally, with a focus on the Southeast Asian markets in the initial stage. Free shipping will be introduced to 10 countries during this year’s festival to extend global reach.

Needless to say, the event shows the scale of e-commerce in China — 18 percent of total retail. According to RedSeer Consulting, this is expected to grow at a CAGR of 23 percent until 2020. In 2016, China had about 750 million people with access to the internet, and 61 percent of them — 460 million — shopped online. This year's 11.11 will show the potential for the growth of e-commerce in the country.