What the 'C' in Satya Nadella's 'CEO' stands for, and three technologies he is bullish about 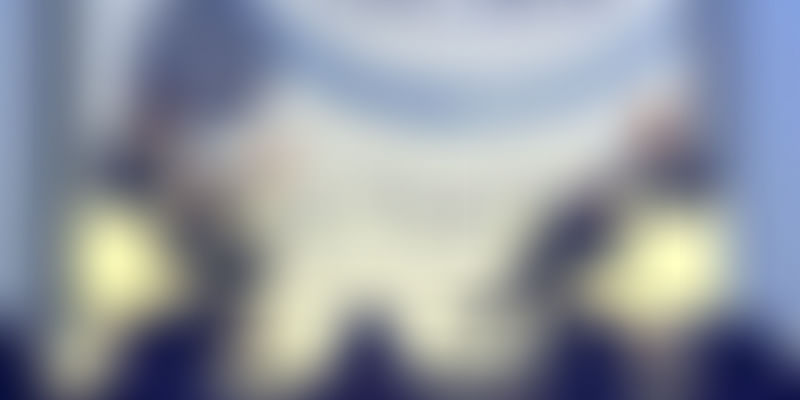 Satya Nadella, the current CEO of Microsoft, has spent 25 years at the Redmond-headquartered multinational technology company in various roles. So it was no surprise that he got a loud round of applause when he walked onto the stage at an event co-hosted by Microsoft and Harper Collins India in Delhi.

But the crowd had reserved a louder round of applause for legendary Indian cricketer Anil Kumble, who joined Nadella on stage as they both discussed ‘hit refresh’ moments that have transformed their respective lives- on the 22 yards of the cricket pitch and also in the business world.

Hit Refresh is also the title of Nadella's book published by Harper Collins India. Launched on September 26, 2017, the book is now available in English, Tamil and Telugu. The Hindi edition will be available at the end of November. Microsoft noted that Nadella will donate all proceeds from his book to Microsoft Philanthropies.

At the event, Nadella also shared his views on future technology trends that will impact society. Here are some of the key highlights from the discussion-

"You are the culmination of your own life experiences"

Kumble noted that Delhi holds a special place in his heart because he had got his 'perfect 10' wicket haul, captained the Indian cricket team in a test match for the first time in this city, and also played his last international game here. Nadella joked and said,

As you were introducing all the things you've done in Delhi, I was thinking to myself and noting that the only (noteworthy) thing I did in Delhi was watch a match at Feroz Shah Kotla.

Kumble, in turn, teased Nadella, saying that if the now CEO of Microsoft had pursued his cricketing career as an off-spinner, then the two of them could have forged a partnership on the field by being leg-spinners and off-spinners respectively.

Moving on, Kumble asked Nadella that in his many roles as a cricketer, parent and leader, what values he holds dear to himself. Nadella noted,

You are the culmination or combination of your own life experiences. Whether it is the team sport you play growing up, you as a parent and then you as a leader. You sometimes think that you can compartmentalise. One should, but one really can't. We are more integrated in terms of who we are and what experiences shaped us.

Kumble noted that while compartmentalisation is a difficult skill, in general, he was able to utilise it to good effect because of the environment he grew up in as the son of a headmaster. He noted that when he was on the cricket field, he focussed solely on cricket and then off the field he was able to focus only on his studies.

Nadella then shared that a value that he has learnt to deeply appreciate is empathy. While most of us (Nadella included) are not born with an innate capability of empathy, the ability to put oneself in another persons' shoes and "see more of us in them and them in us" is a value he has come to realise.

One of the key ingredients of success for us as individuals, or as institutions, or societies, is the ability to hit refresh. Nadella noted that in the foreword of his book, Bill Gates captured the logic of the concept of 'Hit Refresh' perfectly. He said,

When you hit refresh on the browser you don't want to change everything. You only want to change the things that need changing, in order to optimise for the page load time.

Kumble noted that as a cricketer he had to hit refresh at the start and end of every series, because the dynamics involved in each series of cricket matches is different. But one moment where hitting refresh changed Kumble's career, which was at the crossroads, was in 2003 when India toured Australia. Kumble was in his thirties and competing for a place in the playing 11. There were questions about his retirement.

Kumble got an opportunity in the second test at Adelaide and he relied on innovation during a tough spot in the game. He bowled a different variation of his googly and setup fields for an off-spinner (despite him being a leg spinner). Kumble was able to pick up six wickets, and then through a strong batting effort by Rahul Dravid and VVS Laxman India was able to win the match.

Kumble noted that his learning was that one can always make subtle changes and enjoy challenges. One has to accept certain failures. He said,

You can't be at the top of your game all the time.

Nadella recalled that he was 29 when he and his wife were expecting their first child. He was excited and also wondering how the newborn would change their life. But when his son, Zain, was born, Nadella realised that it wasn't anything like he had envisioned. His son had gone through in-utero asphyxiation and was born with cerebral palsy. The first few years were tough for the family. He was initially distraught and wondered why this had happened to his family.

But after watching his wife, Anupama, take their son to hospitals, he realised that he needed to step up as a parent. He said,

Looking back, it was a defining moment. For who I am as a leader is definitely 'in-formed'(formed from within).

In his book, Nadella elaborated that Anupama helped him develop empathy for his pain and their personal circumstances and accept his responsibility as a parent. Nadella noted that being a father had taken him on an emotional journey and develop a deeper understanding of people of all abilities.

In his book, Nadella had also reflected how a lack of empathy, early in his career, had almost cost him a chance to join Microsoft. Richard Tait, a manager, had asked him,

"Imagine you see a baby laying on the street, and the baby is crying. What do you do?"

"You call 911," replied Nadella without much forethought.

Richard put his arm around Nadella and said, "You need to develop empathy. If a baby is laying on the street crying, pick up the baby."

Nadella still got the job at Microsoft, but he noted that Richard's words have always remained with him.

Why the 'C' in Nadella's 'CEO' stands for culture

Nadella noted that he had come to realise that Microsoft's core business is being able to meet unarticulated needs of customers. He believes that there is no way to succeed in something if one doesn't have a deep sense of empathy. He said,

I think of empathy not as something that is nice to have but something core to our agenda of innovation.

Nadella noted that the challenge, though, is that one can't just go into work and turn on the empathy button. The ability to take the emotions from one's personal life to a professional setting can make it innate. Nadella believes that empathy is not a destination that is ever reached. There is always room for improvement, and being empathetic is the best way to amplify one's work.

Kumble echoed similar sentiments and noted that one can be on top one day and then be struggling the next day. He cited the example of how he had taken 10 wickets in an innings at Feroz Shah Kotla in a test match, but then had to struggle a lot to take one wicket in the next test match.

But there is no perpetual motion machine that will go on forever. Companies will always have to move on to the next idea, and this is where Nadella believes that culture and the ability of the company to hit refresh comes into the picture. He noted,

Every five years, we have had a new existential threat where some company is trying to kill Microsoft.

But having survived for 43 years, Nadella believes that they are doing something right to stay relevant. He believes that their ability to question status quo and have that continuous process of renewal seems to be the trick.

Three key technologies of the future

Mixed reality- The ability to blend the real world and virtual world. He is also enthused about the applications that Microsoft's HoloLen's could have in fields like education.

Artificial Intelligence- Nadella noted that success of startups and enterprises will depend on how good they are at creating data feedback loops and leveraging artificial intelligence around them.

Quantum Computing- While this is a vision for the long term, Nadella believes that quantum computers will make it easier to solve problems that are almost impossible now. By bringing together maths, computers and science he hopes to develop a quantum computer that will be able to do what even today's super computers cannot.

On the whole, Nadella believes that these three currently independent threads will ultimately converge in the future where quantum computing will make artificial intelligence more intelligent and mixed reality an even more immersive experience. He also briefly touched on the values, ethics, policies, and economics that need to be considered in preparation for this next wave.

Talking about the secret to success, Nadella noted,

"Whatever it is that one does, the trick is to find deeper meaning in it....."