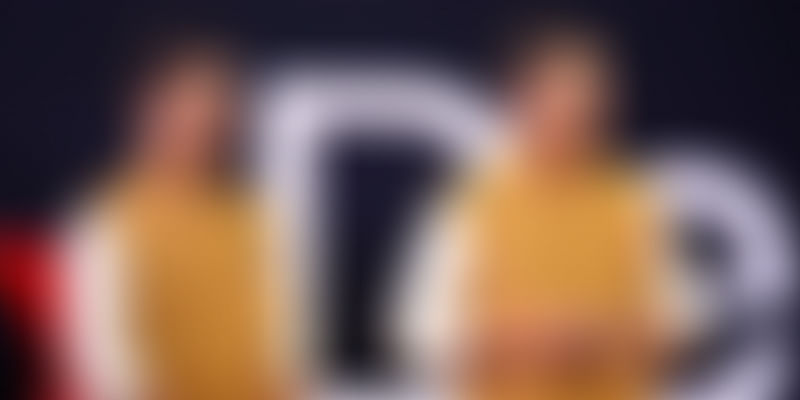 Delhi-based brothers Yashraj and Yuvraj are researchers and emerging entrepreneurs who have launched a co-working space with a research facility, WorkoLab, to help other innovators.

Playing games on Xbox, long texting sessions with friends, hanging out at coffee shops, and movies – think an 18-year-old, and these activities could easily describe an ordinary day. The Bharadwaj twins, however, are no ordinary teenagers.

Between them, Yashraj and Yuvraj have 24 research projects, including a Bajra purifier that uses coarse grain to purify water, and a brain-computer interface that controls home appliances through the brain.

In fact, their first project – the Bajra Purifier – gained recognition from the State Ganga River Conservation Agency. The duo also has eight patents to their name – all this even before they have received a degree. The patents are for a range of research projects like the Bajra Purifier, brain-computer interface, an air purifier, and an all-in-one medical assistance machine, among others.

“When we were in the sixth grade, we spent a lot of time watching National Geographic and the Discovery Channel in between our studies. We were curious and had lots of questions about how things worked,” says Yashraj.

With a keen interest in scientific research, the twins, at 11 years of age, were hooked on to research journals and had started penning down their areas of interest and research ideas for particular problems.

“We started reading up research papers, science fiction, articles, blogs, and started learning about different inventions. We even read books of higher classes, understanding things on our own, and sometimes asking others. We used to try figuring out something new out of existing theories,” adds Yashraj.

In the research world, a common saying goes, ‘publish or perish’, and when Yashraj and Yuvraj sought to write papers, they were faced with issues like not knowing how to write research papers, conduct experiments, etc.

After two years of preparation, they came out with their first research paper titled ‘Pumpkin Purifier’ in 2012. The very next year, the twins kept busy presenting their research and findings at science fairs and conferences while balancing school.

“I had uploaded our first research paper on Academia.edu (an open online platform used to share papers, monitor their impact, and follow research in a particular field) for participating in an IIT Techfest, which we won.”

However, the teenagers’ limited knowledge of online piracy resulted in the leak of their paper in September 2013, and brought them face-to-face with the challenges of patenting.

“We started to learn the patent procedure to draft and file patents on our own, and during the process spent around Rs 9,000 - the money that we had earned and saved from attending different science fairs and events,” he says.

Yashraj and Yuvraj saw other students who had faced similar copyright issues and went on to develop a solution so that no one faced a similar experience and launched Zenith Vipers.

Started in 2015, Zenith Vipers is an online platform to encourage students to take up research and development, and promote the concept of R&D, for those who did not hold college degrees. Initially, the duo used the platform to offer advice and help students who had started with research work. That was their first taste of entrepreneurship and there has been no looking back.

Interestingly, the young men, despite holding no college degrees themselves, have spoken at the Kota-based Allen Career Institute, a chain of coaching institutes for competitive exams, to inspire budding engineers. They have also spoken on ‘research without degree’ at TEDx Delhi in 2017, and on ‘ideas to innovation’ at TEDx IIITD, organised by the Indraprastha Institute of Information Technology, a Delhi-based research-oriented university with a focus on Computer Science and Electronics in 2016.

Incuspaze came into being in January 2017. However, the duo realised their vision wasn’t aligned with that of the company’s and exited the venture in June. The twins then sought to launch co-working spaces that would bring co-work and research together in a single premise.

Speaking to Allen Career Institute’s head Aman Maheshwari, Yashraj pitched the idea of WorkoLab, and Aman entered into a strategic partnership with Yashraj and Yuvraj and invested Rs 2 crore in their venture. The brothers also got Jasmeet Singh Marwah, the MD of Marwah Group, to invest and offer real estate for the co-working space.

The duo says they had initially planned to take on properties on a revenue-sharing model with Jasmeet, but signing on two properties, Jasmeet was keen to be a part of WorkoLab and invested Rs 1 crore in the venture.

“We see this partnership as a great opportunity for spotting innovation and accelerating it to market for helping individual ideas to grow, and for shaping new threads of collaboration. WorkoLab is transforming under-utilised research and innovation that is lacking in India today, and providing an affordable and exciting new-age work environment for today’s entrepreneurs and young researchers,” says Jasmeet.

WorkoLab’s two collaborative spaces are spread over 12,500 sq ft each and offer research guidance to scientific minds aimed at infusing innovation into startup ideas. Launched in August this year, Yuvraj says both spaces are already 50-55 percent occupied and has 25 startups onboard.

WorkoLab offers two kinds of membership – a co-working space where the cost of each seat varies between Rs 6,000 and Rs 8,000 per month, and the research hub, where the company conducts a screening to enroll candidates with experience and those already working on projects that can be incubated. The cost for this varies between Rs 2,500 and Rs 4,500 per seat per month.

The company has plans to expand to cities like Mumbai, Pune, Kota, Chandigarh, Hyderabad, and Jaipur by March 2018. In the second phase, WorkoLab plans to take an international leap, starting with Malaysia and Singapore, and thereafter launch over 100 centres over the next three years across the globe.

The brothers are pursuing an engineering degree from Manav Rachna International University in Faridabad, Haryana, and the many awards they have received have gone a long way in building their confidence, says Yashraj.

Recipients of the Karmaveer Chakra award, they were the youngest delegation to get invited to the United Nations headquarters in New York for the Novus summit and National Science Center has recognised them as Research Scholars. They were finalists at SF Fellowship and won $100,000, and have received many other grants like Austrian innovation grant, and Keren Kayemeth LeIsrael Fund.

“Since the last two years, we have been so occupied that we haven’t given any time to hobbies or leisure. We both are very good at painting and have won many national awards. Managing everything – work, studies, time for family, has become tough for us, but we have reduced our sleep time,” adds Yashraj.

While younger people constantly face pressure from parents to focus on their studies, the twins say they have always received support from their parents, which has given wings to their business ideas.

“Yash and Yuv have always made us proud since their childhood. It bothers us sometimes that they have to divide their focus between work and studies. But we have full confidence in them as they are good at what they are doing and aren’t into anything else. Their strong focus and perfect work-life balance have helped us remove our fears,” says Rajesh Bharadwaj, father of Yashraj and Yuvraj.