Meet the 94-year-old behind the success of MDH Masala 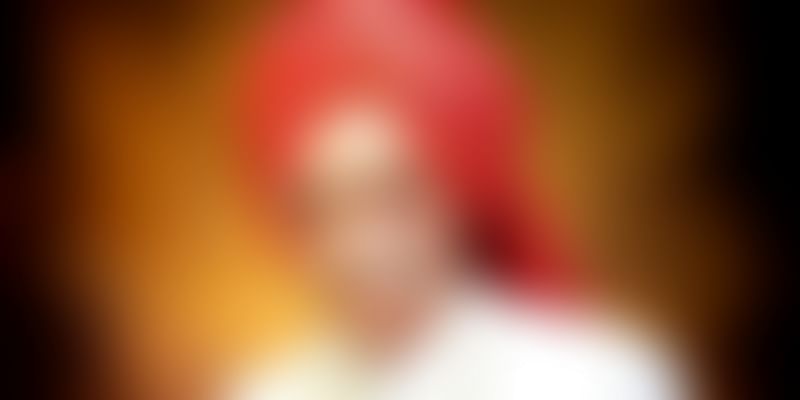 If one has seen the advertisement of MDH Masala on television, it is hard to miss Dharampal Gulati, better known as the king of spices. The 94-year-old has made a mark across the country, but has faced many hardships and struggles to reach there.

Born and raised in Sialkot, Pakistan, Dharampal's father Chuni Lal sold spices from a small shop Mahashian Di Hat, which he opened in 1919. Dharampal quit school when he was in the fifth standard to help his father at the shop.

During partition, the family migrated from Pakistan to India, and stayed at a refugee camp in Amritsar for a while. Dharampal, along with his brother-in-law, then travelled to Delhi in search of work, and stayed at his niece’s flat.

In Delhi, Dharampal bought a horse-drawn carriage with the money his father lent him. He invested Rs 650 from the Rs 1,500 he had borrowed from his father to the carriage and took passengers from Connaught Place to Karol Bagh.

As returns from this venture were megre, Dharampal sold the carriage and bought a small shop in Ajmal Khan Road. He restarted his family business, and began selling spices. Dharampal says Karol Bagh is auspicious for him, and thus, does not wear slippers or shoes there. He believes this is the place where his business saw success.

As the business took off, Dharampal rented another shop in Chandni Chowk in 1953. He then decided to purchase a plot in Kirti Nagar in 1959 to start his own factory, and this led to the birth of Mahashian Di Hatti Limited (MDH).

MDH now exports spices to countries across the world such as Switzerland, Japan, the US, and Canada. It is one of the biggest brands of spices, and manufactures almost 50 different types of spices. Despite his age, Dharampal takes all major business decisions.

Three aspects that he believes to be extremely important for his company and product are - sincere work, quality product, and affordable prices. The owner of around 80 percent stake in the company, Dharampal routinely visits his factory and the market to ensure things are running smoothly.

Dharampal also runs Mahashay Chuni Lal Charitable Trust, which facilitates a hospital with 250 beds. It also runs a mobile hospital which reaches out to slum dwellers. Four schools are also being run by this trust, and it provides financial support to people in need.