Moved by friends’ experiences, Karthikeyan sets up a village community for the disabled 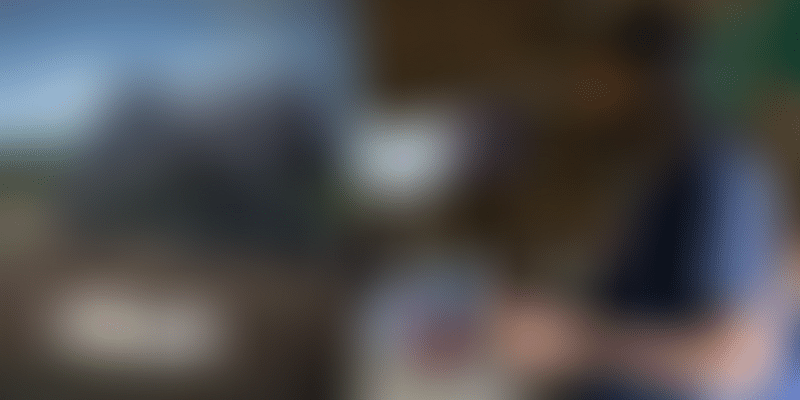 Sristi Foundation, a non-profit organisation built Sristi Village, an eco-friendly, self-sustaining community for the differently-abled that hail from BPL families to live, learn farming and grow.

As per a UN report, 74 percent of persons with physical disabilities, and 94 percent of mentally challenged persons of working age are unemployed in India.

Looking to address this vulnerability and exclusion, and to provide people with disabilities opportunities to work and live up to their potential, G. Karthikeyan founded the Sristi Foundation in 2013, and set up Sristi village in 2014 in rural Tamil Nadu, around 30 km from Puducherry.

“I wanted to create an all-inclusive, self-sustaining community wherein children and adults with intellectual and developmental disabilities are respected, valued and have choices to work and lead a holistic and dignified life together”.

The fire that ignited

Having grown up in an orphanage, Karthikeyan saw how his friends with disabilities faced discrimination, first for education and later for employment. He realised they had limited opportunities, and were often treated with pity and indignity.

He thus decided to work towards providing a home to people with disabilities to reside, along with a training centre and a working place in order to live more independently and explore their potential.

Karthik chose to pursue higher education in psychology to understand the human mind better, and spent of time travelling and volunteering, trying to understand the approaches and models adopted to inculcate a sense of self-worth in those with disabilities.

After completing his graduation, he returned to the orphanage, and tested the models and eventually started his own non-profit organisation.

“I wanted to find out what is the best job they can do, and realised farming could be that job. I experimented by setting up a small kitchen garden on the land of the orphanage, and taught them how to grow vegetables. Seeing the plant growing, they felt extremely happy and developed a sense of ownership which gave them confidence and changed their body language,” says Karthik.

Certain he wanted to train the disabled in farming, Karthik began his journey to find ways and means to create an all-engaging opportunity space for residence, work and recreation, where natural farming techniques were taught and practiced.

Over the last three years, Sristi Foundation has worked with 15 adults and 18 children with disabilities from marginalised backgrounds to them intensive, long-term support to make them better quipped for opportunities in the future.

In 2015, the foundation received the Innovative Social Change Maker Award from Yuva Unstoppable, Tamil Nadu, and was also awarded with the Social Entrepreneur Award from the International Conclave.

Among those exploring their potential at Sristi Foundation, Shankar deserves special mention. Shankar has cerebral palsy, which made it impossible for him to find a job. After joining the Sristi village, and training for just one year, he was employed as a farm worker. At present, Shankar looks after 10 cows with one more employee, and is training other existing Sristi Village members in farming to enable more of them to become independent.

“When we started our village, the land was dry and infertile. Thanks to our rainwater harvesting and permaculture farming efforts, Sristi Village is now a green and fertile farm. The soil fertility has increased over the last three years, and we are now successfully growing numerous plants, crops and trees,” says Karthik.

To make the community self-sustaining, the foundation has set up a dairy farm that produces 20 liters of milk, 50 percent of which is used for residents’ needs, while the rest is sold to generate income. Cow dung is used for compost, and biogas and cow urine as natural pest repellents for plants, which further helps to cut costs.

The foundation recently started the Nalla Keerai Project (Good Spinach), through which it grows and sells 20 different varieties of spinach to the local community to be able to fund the daily running costs to some extent.

Promotion of clean energy resources and sustainable living is one of the major goals since the community runs on natural energy sources - solar for water pumps and lighting, and biogas, and employs a zero-budget farming technique.

The venture, however, has not been without challenges - the biggest being gathering resources to purchase the land. With his determination and willingness to work for a cause, he paved the way clearing all obstacles.

“When you want something, people believe in your vision and want to help you,” he says.

Exclusion and discrimination serves to render the disabled vulnerable, denying them respect for their individuality and dignity. An open, rural-based inclusive community based on understanding and compassion, which imparts skills and provides opportunities could well be the solution to the everyday challenges the differently abled face.