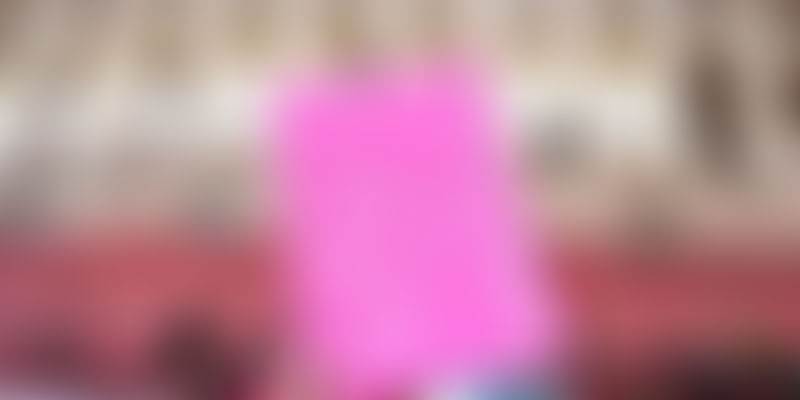 The government states that empowering its women is as high a priority as becoming a top ranked nation when it comes to Ease of Doing Business.

In line with the worldwide conversation surrounding gender justice and equality – and as MeToo and TimesUp become household movements - the Economic Survey 2017-18 also had an overt, long-due theme this year – calling out the patriarchy in India, and stating how it affects socio-economic dynamics. For starters – the survey, released today, has a pink cover - a colour often associated with womanhood.

In the backdrop of policies like Beti Bachao, Beti Padhao; Sukanya Samridhi Yojana and Mandatory Maternity Leave, the pink-coloured Economic Survey 2017-18 wishes to truly analyse how far we have come in closing India’s gender gap.

They are looking at gender issues through three aspects - Agency (relates to women's ability to make decisions on reproduction, spending on themselves, spending on their households and their own mobility and health), Attitudes (relate to attitudes about violence against women/wives, and the ideal number of daughters preferred relative to the ideal number of sons) and Outcomes (relate to 'son preference' measured by sex ratio of last child, female employment, choice of contraception, education level, age at marriage, age at first birth and physical or sexual violence experienced by women), according to a release on pib.nic.in.

Broadly under these three parameters, roughly 17 indicators have been charted to gauge how deep-seated the problem of inequality is in India. Out of these, Indian has been able to consistently perform better in 14 with an especially noteworthy performance in seven, over the last 10-15 years.

However, there is no reason to get complacent yet, for when it comes to fundamentals like employment and contraception, access is still a problem in spite of India’s strides in development. Son preference remains a systemic problem. India still harbours a meta-preference for sons, which must be addressed, for the skewed sex ratio in favor of males led to the identification of missing women.

“There may be a meta-preference manifesting itself in fertility stopping rules contingent on the sex of the last child, which notionally creates unwanted girls, estimated at about 21 million,” states the Survey, adding, “Consigning these odious categories to history soon should be society's objective.”

According to the report, government's initiatives like Beti Bachao, Beti Padhao, Sukanya Samridhi Yojana, and mandatory maternity leave rules are all “steps in the right direction.”