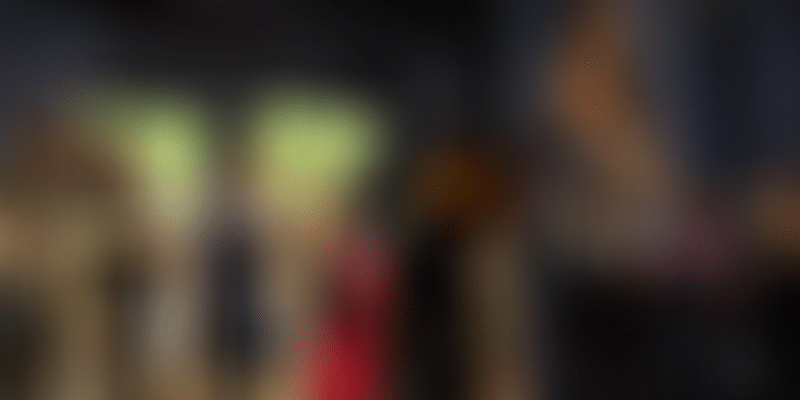 In its tenth edition, Jagriti Yatra will cover 12 locations in a span of 15 days.

In 1997, the then 35-year-old Shashank Mani visualised social entrepreneurs travelling together in a train. The thought led to ‘Azad Bharat Rail Yatra’. What started as a celebratory event to mark 50 years of India's independence culminated in the setting up of a non-profit charitable organisation, Jagriti Sewa Sansthan. Headquartered in Mumbai, the Jagriti Sewa Sansthan focuses on skill-development of the youth.

Cut to 2007, the Jagriti Sewa Sansthan started the world’s longest entrepreneurial train journey with upcoming social entrepreneurs from across the country. Jagriti Yatra, as the name implies, is a journey which brings together like-minded youngsters to collaborate, innovate, and explore the evolving ecosystem of social enterprises. The community has evolved into a hotspot for incubation and mentorship for entrepreneurs hailing from the tier 2 and tier 3 cities that house 16.1 percent and 42.3 percent, respectively, of India’s population. The Yatra, supported by Schneider Electric, Tata Trusts, Google, Coco-Cola, Indian Railways, is celebrating its tenth edition with 272 women participants, in a bunch of 480 yatris (travellers).

Living and learning in a train

Every year, during Christmas season, a train takes off from the financial capital of the country Mumbai, to cover 12 different locations. These places, which are handpicked based on their impact, are explored in the next 15 days. Budding entrepreneurs and students from across the globe live and learn in the train’s 13 coaches. This year specifically saw 12,000 registrations of which 500 yatris were handpicked based on several criteria such as their interest areas, the geographies they belong to, and the impact the Yatra can have on them.

As the Yatra commemorates its tenth anniversary, the occasion coincides with the 125th year of Swami Vivekananda’s visit to Kanyakumari. Dr. Suyogkumar Bhavare, Chief Operating Officer of Jagriti, says,

“We are aiming to follow his footprints by swimming from Rock memorial to V-Kendra coast. Apart from this, we have two other events: Samudra Samwad and Sankalp Ganga. We have also included five sankalp (oath) which will redirect the intent of the yatra to national integration.”

A journey to witness change

Out of 12,000-odd submissions, the team has handpicked 500 individuals who have donned the role of a Yatri — a facilitator, a resource person, who opens up discussions into different aspects of a social enterprise.

In a booming market like India, the Yatra focuses on energy, health, agriculture, water, sanitation, manufacturing, and education. In the last one decade, the community has evolved into a group of over 5,000 enterprising individuals.

“Our key locations are same as with each visit they inspire us with their growth. We are tempted to know what is new with them every year. We have been meeting Anshu Gupta, the 2015 Ramon Magsaysay awardee, Founder of Goonj, for the last 10 years; the change and growth we have seen in him is tremendous. Like Anshoo, Joe Madiath from Gram Vikas is also a role model from Berhampur and his story just attracts us so much that we keep returning.”

So far, how good?

For most Yatris, the Jagriti Yatra narrates a story that places budding entrepreneurs of rural India as protagonists.

This year, they have witnessed equal participation from women and men from various pockets of the country. Suyog adds,

“The next 10 years and more of Jagriti will see us building a robust enterprise ecosystem in tier 2 and tier 3 districts of the country, supported by our vast national network. It will be a unique effort, something that can be a blueprint for our nation’s future.”

In the last nine years, the yatra has seen more than 4,200 yatris from 240 districts of the country. Many enterprises such as Get My Parking, Edgy Scribblers, Floor Walk, or Road Trip Experience are a result of collaborations that have happened on the train.

JEN, which is a collaborative effort to build an ecosystem of entrepreneurs, funders, academic institutions, and corporates, connects budding entrepreneurs to middle India. Currently active in Deoria district of Uttar Pradesh, it envisions itself as a knowledge hub, with easy access to funds and market linkage.

In the last nine years of the yatra, the journey has seen a majority of male participation. Call it societal taboo or lack of awareness, it took almost a decade for the organisers to achieve an equal male and female participation. Speaking about the homework that went into this, Shashank Mani, Chairman and Founder of Jagriti said,

“Women have always been seen as balance sheet builders of the country. Wherever we have gone in the past nine yatras, the contribution of women has been evident in an entrepreneur’s success story. We believe women are most interested in change and will take the country forward. We were always keen towards women participation and have maintained a 40 percent women ratio every year for nine years. This year through the extensive work of the selection team, 50 percent ratio was achieved. Credit goes to the team.”

Beyond the Rail Yatra

Apart from the flagship Rail Yatra, the community has launched Jagriti Biz Gyan Tree and Jagriti Sakhi Udyogini. The former is an initiative to set up business ideas in a rural setting. The latter being a joint initiative by Google and Tata Trusts to digitally empower rural women.

The Yatra has also redirected enthusiastic participants to replicate the same model in their geographies. It has led to a similar initiative in 2009 started in the USA from San Francisco.

In a country where half the population is at an average age of 25, it is overwhelming to note that an initiative like Jagriti Yatra places social entrepreneurship at the centre.

Editor's note: Team Yourstory is at the 10th edition of Jagriti Yatra. We will be bringing a series of daily updates from the 15-day long train journey that traverses 8,000 kilometres across the country.