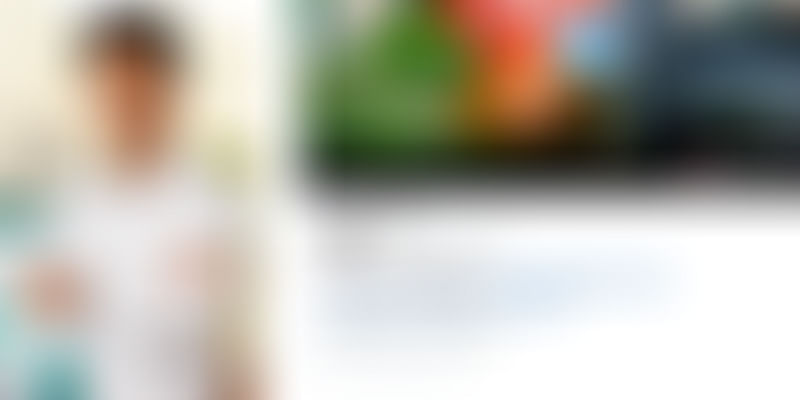 As soon as they dropped the teaser for the "vada maker" that makes satisfying round vadas complete with that impossible, ever-elusive hole, the people of the internet have been losing their minds!

An art that has been leaving its artists at their wit’s end for some time.

What is supposed to be a satisfyingly round fried patty with a perfect concentric hole in the middle – has now been reduced to a lazy blob.

Many a time, the person preparing the vada simply creates a crater – or skips creating the hole altogether, because the process is tedious, imperfect and messy.

But any old-timer or south Indian food connoisseur would tell you it’s just not the same. The puritans at iD Fresh Foods couldn’t stand for this blasphemous distortion of the vada either – so, they went right back to the drawing board to do what they do and craft a solution.

For iD, it is a part of their DNA to sniff out difficulties in the south-Indian food making process, so that the preparation is as easy as the partaking. It was first founded in 2006 when Musthafa PC saw that batter for idlis and dosas were sold in plastic bags, sealed with a rubber band.

“We wanted to get hygienic, nicely packed batter to Indian households,” Musthafa had said to YourStory in an earlier interview. iD Fresh then started a larger factory with a vision of building a food company that made preservative-free food that can be cooked at home.

After a few years of steady growth, iD Fresh decided to expand its reach, and raised Rs 35 crore from Helion Venture Partners in 2014. Today, the iDfresh team is more than one-thousand-strong, with several factories and offices. They manufacture 50,000 kgs of idli/dosa batter in a day which is equivalent to a million idlis.

The food scientists at iD to the rescue

This time around a mere observation led them to another eureka moment. “Making vadas, an all-time favourite snack, at home, has been an age-old problem. Getting the perfect-looking vada at home is really tedious and messy. Hence making vadas at home had slowly started disappearing,” says Musthafa.

They tried to solve it with mere “application of common sense,” Musthafa tells us. Although simple, to perfect this ingenious apparatus took three years.

Firstly, they had seen that the vada batter’s consistency itself made it difficult to mould and maneuver, so, they had already solved that by creating their own batter.

But that, clearly, wasn’t enough, as in the eventual moulding lay the real challenge. “It was still a messy job as the vada batter is extremely sticky. And vada making is still an art. You won't get the size and the shape right, and we Indians won’t eat vada without a hole. We spoke to a lot of new generation homemakers and most had no idea on how to shape the hole in the vada… we realised they would end up frying fingers rather than frying the vada,” Musthafa informs us.

After a great deal of brainstorming, its first attempt at hacking this problem was selling “vada shaped dough” packed in a tray, which could directly be fried in oil. “We did a lot of trials. The concept just didn’t work. The second thought was a spout through which vada could be dispensed. After a lot of deliberation the spout was designed. The initial spout did dispense and formed batter in the shape of vada. However, the hole in the centre was missing… the batter was just formed a round blob without any hole,” he recounts.

Many brainstorming sessions with industry experts ensued, and repeated internal trials (and failures) followed; the team was sometimes just one extra failure away from dropping the project.

“It wasn’t an easy journey. But we were confident on cracking the concept. We now started to look at it differently - vada making is a science and not an art anymore,” he tells us, of the time when everything finally started coming together.

And the rest, as they say, is history.

When the video was released, foodies not only across the country but the world rejoiced – as such a simple joy that had been evading them all this while would now be available in delightful little packs, that make presumably six to eight vadas.

“We knew the product would be well received in the market because it’s a packaging marvel. However, we didn’t expect the video to go viral across the globe. We’re getting requests from all over the world on vada batter pack and also a lot of appreciation form the industry,” says Musthafa.

Go on, grab your maker, "vada-re" you waiting for?