This journalist’s mission has saved 5,000 girls from sex trafficking 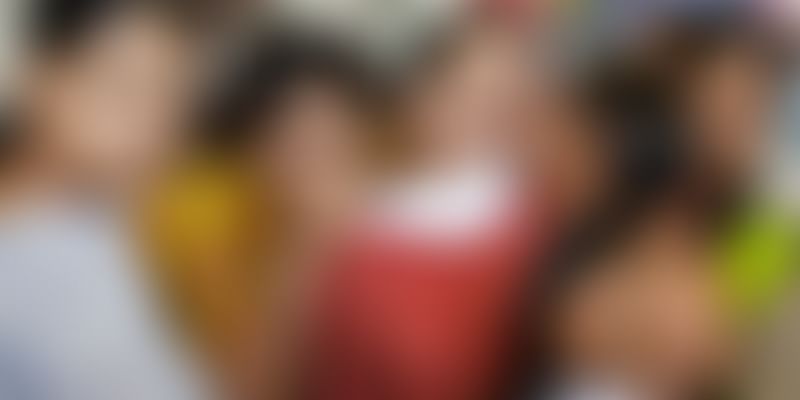 Rescue foundation, a non-profit, non-governmental organisation is rescuing, rehabilitating female victims of sex-trafficking and re-integrating them into mainstream society.

Though long abolished and outlawed, slavery continues to exist in different forms. Modern slavery, more commonly known as human trafficking, is a million-dollar industry for commercial sexual exploitation. It is estimated to affect 45 million people worldwide and the number is growing exponentially year after year.

In South Asia, it is India that has become the epicentre of human trafficking. Of an estimated 20 million sex workers in the country, an overwhelming majority of 16 million women and girls are victims of sex trafficking.

Helpless young girls and women are drawn from across the border and also from the impoverished states into sexual trade. They are sold as slaves, forced into prostitution, and often supplied to other countries.

One fine afternoon in 1993, there arose a rumour that actor Sunil Dutt was visiting the sex workers in the Kamatipura red light area of Mumbai to get rakhi tied by them. Triveni Acharya, then a young journalist, visited the place to record the happenings for Doordarshan.

On reaching the venue, Triveni realised that she was keener to see the brothel than the event Sunil Dutt was a part of. She walked into a small lane with wooden box-like rooms which she remembers were called pinjras. She met three young girls, whom she assumed to be the daughters of the sex workers.

Much to her surprise, Triveni found out that those girls were not their daughters, but rather the victims of trafficking.

“I asked them where were they from. They told me they had been abducted and brought from Nepal. They desperately wanted to leave. Immediately one of the ladies shouted at them and they ran inside,” she recalls.

This was Triveni’s brief encounter with the dark perils of forced prostitution. Thereafter, she returned to her life as a journalist.

Years later, a salesman who was working at her husband’s shop, confessed that he had fallen in love with a sex worker whom he wanted to free and marry. Triveni’s husband still remembered his wife’s visit to the brothel and how deeply it had affected her. Together the couple decided to rescue the girl.

When they reached the place, fifteen more girls came up and told them they wanted to leave and return to their homes. Taking help from the police, the couple freed them and connected a few with their families; whereas others, whose families refused to accept them, were brought to Maiti Nepal, a rehabilitation centre for trafficked Nepalese girls.

“It was then that my husband felt the need to work towards rescuing and rehabilitating young girls who are abducted and trafficked and we decided to pledge our lives to them,” said Triveni.

The couple started with a shelter home in their own house in Mumbai. In the early days, Balkrishna himself used go undercover and visit the brothels only to find young girls forced into prostitution and wanting to escape.

Balkrishna gave up his business to devote all his time to the cause. While Triveni still worked as a journalist during the day, she assisted her husband and the team with rescuing the girls at night. Triveni says,

“A journalist happened to cover one of our rescue operation. News spread fast and we were presented with the Reebok Human Rights award in 2001. To receive the award, I sent one of the victims who had come out of rehabilitation”

Their efforts soon started getting acknowledged widely, and in 2003, they got a seven-storey building as a donation for sheltering the girls which helped them take forward their efforts.

The journey, however, was anything but easy. The couple were often threatened through calls or letters. Sometimes they got support from the police, while at other times they were harassed by corrupt officials. Resolute to fight for these girls, Balkrishna and Triveni did not give in. Fears soon turned into reality, when in 2005, Balkrishna met with an accident and lost his life.

Though reported as an accident, Triveni feels it was orchestrated by those who were stalking and threatening her husband.

Remorse and disappointment did shake Triveni, but couldn’t stop her in her mission. Time passed and strengthened her further as she put her all into rescuing the girls caught in this ugly, mentally and physically abusive, money-making business.

From rescue to rehabilitation

The girls rescued by Triveni’s foundation are comforted and provided with an opportunity to resume a life of normalcy. With a dedicated team of 100 full-time staff, a network of more than 100 informers in place, four shelter homes in Mumbai, Pune and Delhi, four branch offices, the foundation is providing vocational training, psycho-social counselling, in-house schooling, access to medical facilities, including HIV treatment, post-trauma health care assistance, cross-border repatriation and legal aid to prosecute the perpetrators.

These have been years of struggle, numerous threat calls, and repeated attacks by perpetrators. Most recently, in 2016, a staff of the foundation was attacked. But Triveni stands strong, optimistic and determined to rescue and rehabilitate as many young girls and women as she can.

A recipient of many national and international awards, Triveni with her support network has been conducting rescue operations on brothels for more than two decades. Till date, she has saved and rehabilitated 5,000 girls, with an average of 300 girls being rescued from India and the neighbouring countries every year.

With the help of the foundation, these girls are able to move beyond their scarred memories of abuse and terror and start a new life with a sense of dignity and well-being.