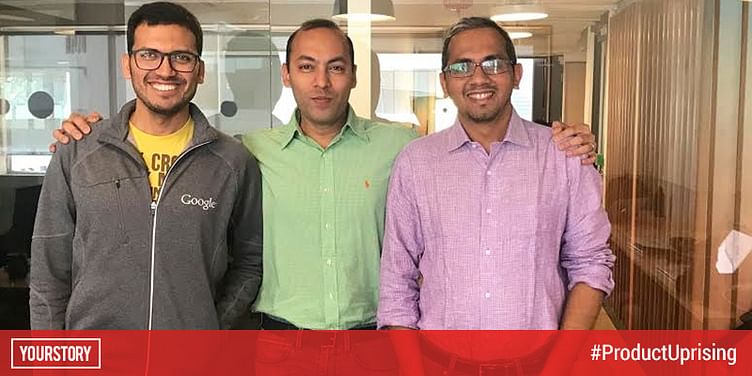 HyperTrack’s suite of location and movement-based tools lets developers build apps that have dynamic location as their underlying feature.

Problem it solves: Offers movement-based tools that developers can use to build applications

Funding raised: $7 million Series A round from Nexus Venture Partners and Founders Fund in 2017; $1.5 million in angel funding in 2016

A Thailand-based company that offers sex workers on demand needed to track their professionals to ensure safety. The company turned to Bengaluru-based SaaS startup HyperTrack, which offers a suite of location and movement-based tools that developers can put together to build applications for a variety of functions like order tracking, fleet management, and action-based reimbursements.

Serial entrepreneur and Founder of HyperTrack Kashyap Deorah says the Thai sex worker company’s use case might be the most “out-there” one, but the 60 paying customers and the hundreds of pilots being run using HyperTrack’s movement stack show how movement tracking is becoming essential in app building. HyperTrack’s customers include the Piramal Group, Saudi Arabia-based delivery and transportation company TmmmT Tech, and Canada-based order management company RoseRocket.

A pilot is under way with an Indian bank that is using HyperTrack’s tools to track how much time students are spending in college and provide them with student loans accordingly. Another Indian bank is running a pilot where it wants to “Uberise” the sales team of the brokerage division. HyperTrack’s tools are helping the bank assign a salesperson in the brokerage division to a potential client the moment the latter makes an enquiry. The tools also help the customer track the salesperson to the former’s doorstep on the bank’s app. Kashyap explains that companies, developers, and customers have moved beyond point-based location.

“Now developers want to do movement based services. It is not just where you are that matters now, it is also what you are doing—are you walking, running, driving? There's far more information as there are far more sensors on the devices. Location is no longer a point, it is a moving line. As you start building movement-based services the old (location-focused) stack fails. We are reinventing the stack. We are saying you want to build any experience with movement just use HyperTrack. You focus on building your core product, we have the movement tracking part covered,” Kashyap says.

The idea had its genesis in Kashyap’s experience in converged commerce. For most of his career, Kashyap, a former President at Futurebazaar.com, has focused on the meeting of commerce, internet, and mobility. HyperTrack is Kashyap’s fourth startup.

He was in the Bay Area talking to his contacts about the idea in early 2016 when he met Abhishek Poddar, who had been a customer of one of Kashyap’s earlier companies. Abhishek was a Product Manager at Google, in the Maps business. He had run his own startup in Silicon Valley, but had to join a company due to visa issues.

“I didn’t want to be with Google for long but knew I could face visa issues again if I launched a startup in the US again. So I was looking to move back to India,” says Abhishek, an IIT-Kanpur and Stanford Graduate School of Business alumnus.

Within a few months of meeting Kashyap, Abhishek had moved back to India as HyperTrack’s Chief Product Officer.

Serial entrepreneur Prajakt Deolasee, who had known Kashyap for over a decade, from the time the two were running startups in Powai, came on board as Head of Engineering.

Abhsihek recalls that when they were building the beta version of the product in mid-2016, they had the on-demand industry in mind.

“Our first version of the product was very simple; it was live tracking an order. As more developers started using it, we started seeing the potential of what we were building. We realised not just location, but overall movement is what is useful,” Abhsihek says.

The closed pilot version launched in March 2017 had the dynamic location part covered.

HyperTrack is a business-to-developer SaaS company. What this means is its target customers are developers who are building products. HyperTrack offers a suite of location and movement based tools, and developers can put these tools together in a “matter of minutes” to create applications that have dynamic location as their underlying feature. Think of the food order you have placed on an app. You can track the delivery person bringing the order through the streets of your city to your doorstep. That’s one of the use cases of HyperTrack’s tools.

But developers can do much more with HyperTrack.

Think of this as Lego blocks. The developer can build whatever they imagine. I can see the path someone has taken, the expected path someone will take, the ETA of the person to a place, or send an alert if the person is delayed to someone who needs that alert,” Abhishek says.

Prajakt adds that there is a very important data layer to HyperTrack. To analyse and make use of the many bytes of location data a company collects, thanks to the movement of say its fleet or salesperson, is not easy. HyperTrack generates the data, stores it, and helps create applications that use this data, analyses it, and gives actionable insights.

“There is a lot of noise and a lot of clutter in this data. This data needs to be cleaned and filtered. The building block comprises collecting this raw data, sending it to our servers, where it is filtered using a bunch of our algorithms, and then making it available for consumption as a visual so you can see what’s happening or as alerts for business logic and to make critical decisions or as analytics, like how to use this data to improve my assignment algorithms or my experience to users,” Prajakt says.

The best way to understand how HyperTrack works is through a use case.

“Our drivers are in the field for 12 hours a day and with GPS and internet on through the day the battery runs out quite quickly. Not all of them can carry power banks. GPS also has a lot of noise that needs to be filtered. Many of our drivers move between 3G and 2G when they are on the road and when we can’t connect to them they are considered offline and we can’t push orders to them. That’s a big loss. We want to filter and optimise battery. We didn’t want to build this in-house as our core is logistics. That’s why we went to HyperTrack,” Mukunda says.

The Runnr-HyperTrack pilot has been going on for three months with about 1,000 drivers in multiple cities, including smaller ones like Pune and Nagpur where network issues are a reality of business.

Mukunda says while it is still early days he is seeing improvement.

HyperTrack is already helping improve and remove noise in the location. Battery is definitely better. Idle hours issue also has seen a good improvement. For us even one percent improvement in idle hours is a big deal,” says Mukunda, who has a pool of over 10,000 drivers.

The pilot will go on for another couple of months and then Runnr intends to try HyperTrack out with a larger pool of drivers.

HyperTrack works on a typical SaaS model with each use or action getting charged at four cents. One of the popular packages is the $1899 per month one, which is for 50,000 actions.

The company, which is well funded, is focusing on improving the product further with the current set of paid and pilot clients, and not on monetisation. While HyperTrack’s tools are meant for mobile phones at present, the team says the company can quickly launch products for automobiles and any connected device if the need arises.

The opportunity and potential is massive. Every app in the world will need movement-based services and that is what we are targeting.”