Because our heroes falter too: how successful women deal with failure 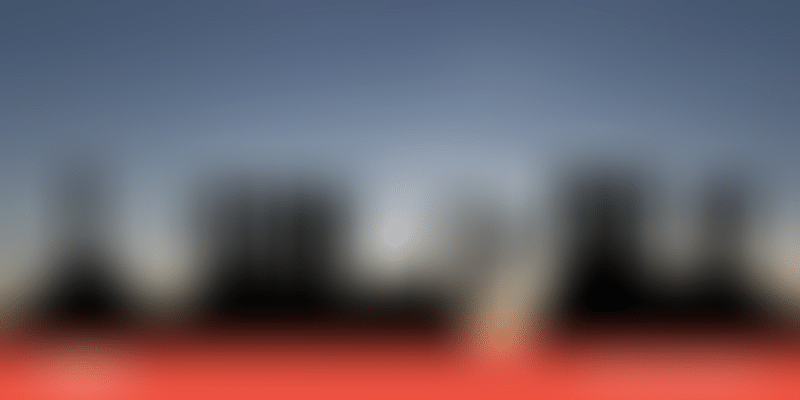 As Women’s Day approaches, WhatsApp and social media feeds are full of posts highlighting the strength and tenacity of womanhood. We believe that International Women’s Day is as good a time as any to remember and internalize that the best, most successful, most tenacious women falter too – that they are not superwomen, but are one of us.

Reframe your perception of failure

In a 2013 interview, Arianna Huffington said that her mother taught her that failure was not the opposite of success and that it, in fact, was a step forward in the right direction. According to Arianna, the trick is in reframing how you perceive failure. Instead of the end of the world, consider it a stepping stone.

“When you frame failure that way, it changes dramatically what you’re willing to do, how you’re willing to invent, and the risks you’ll take. I don’t mean you have to try to fail. That will take care of itself. But in my own life, a key component of whatever successes I’ve had has been what I’ve learned from my failures. When I ran for governor of California in 2003, it was a failure, but I learned a tremendous amount about the power of the internet. I also learned a lot about myself, about communicating, being able to touch people’s hearts and minds, and listening. All the things that were ingrained in me during the campaign definitely had an impact in forming Huffington Post.”

This too shall pass

Neither failure nor success is permanent. Therein lies the key to maintaining equanimity in the face of setbacks. Oprah Winfrey has lived her life by this principle, quitting her famous show that even went by her name to start a whole new venture that could make or break her career. But she never let the fear of failure come in the way of doing what she aspired to, and never let the initial failure of that new venture break her. In 2013, she spoke about her experiments and experiences in a Harvard University commencement speech. She said,

“The Oprah Winfrey Show was number one in our spot for 21 years, and I have to tell you, I became pretty comfortable with that level of success. But a couple of years ago, I decided, as you will at some point, that it was time to recalculate, find new territory, and break new ground. So I ended the show and launched OWN, the Oprah Winfrey Network. One year later, after launching OWN, nearly every media outlet had proclaimed that my new venture was a flop...I can still remember the day I opened up USA Today and read the headline Oprah: Not Quite Standing On Her OWN...It really was the worst period in my professional life. I was stressed and I was frustrated, and quite frankly, I was embarrassed...Then the words came to me, ‘troubles don’t last always,’ from an old hymn. This too shall pass. And I thought, I am going to turn this thing around and I will be better for it. And I am here to tell you that I have turned that network around.”

Remember the end goal to rise above setbacks

Quitting or wanting to quit is often a natural emotional response to failure. But when that happens, it is important to remember that whether in business, career, or philanthropy, you have got to look at it not as a means of instant gratification but rather in terms of long-term impact.

Renowned poet, singer, and civil rights activist Maya Angelou faced a wide variety of struggles throughout her life. Growing up in a heavily segregated town in Arkansas, US, Maya faced the brunt of racial discrimination for a large part of her early life, eventually inspiring her to participate in the civil rights movements with her friend Dr. Martin Luther King, Jr. and compose her first memoir in 1969, I Know Why the Caged Bird Sings. She once said, “All my work, my life, everything is about survival...All my work is meant to say, ‘You may encounter many defeats, but you must not be defeated.’ In fact, the encountering may be the very experience which creates the vitality and the power to endure.”

Reimagine your ‘rock bottom’ as a solid foundation, a fresh start

In the face of a professional or personal disaster, it is easy to let disappointment overtake every last bit of rational thought and positivity you have left in you. One productive thought process to cling to in such times is the ability to see that from rock bottom, you can only go up. It may seem like just another cliché, it proved to be true in JK Rowling’s case. She spoke about this experience extensively in her Harvard commencement speech in 2008.

“An exceptionally short-lived marriage had imploded and I was jobless, a lone parent and as poor as it is possible to be in modern Britain without being homeless. By every usual standard, I was the biggest failure I knew. I had no idea that there was going to be what the press has since represented as a kind of fairy tale resolution. I had no idea then how far the tunnel extended and for a long time, any light at the end of it was a hope rather than a reality. Had I really exceeded in anything else I might never have found the determination to succeed in the one arena where I believed I truly belonged. I was set free, because my greatest fear had been realised, and I was still alive, and I still had a daughter whom I adored, and I had an old typewriter and a big idea. And so rock bottom became the solid foundation on which I rebuilt my life.”

Let a mentor reconfirm everything you think you know

The ability to come out of failure, knowing there are skills you need to learn or some conditioning you need to unlearn, is the most productive way to deal with it. Don’t take our word for it – philanthropist and Teach For Philippines Co-founder and CEO Clarissa Delgado agrees too. Her early years as an entrepreneur were wrought with setbacks. Clarissa worked 18-hour shifts, seven-days-a-week, and yet was unable to get a hold on the payroll, and her organization’s attrition rate was at a staggering 90 percent. This continued for almost three years before she decided to find herself a mentor. Clarissa learned and changed what she needed to, and that is where her rise as the transformative force behind her country’s education system began.

The most successful leaders in the world, both men and women, have gone through personal struggles and professional disasters before they became the global phenomena they are today. Clichéd as it may sound, their failures often gave them the courage to face new experiences and fresh challenges, truly becoming the stepping stone to success. If they could do it, so can you.