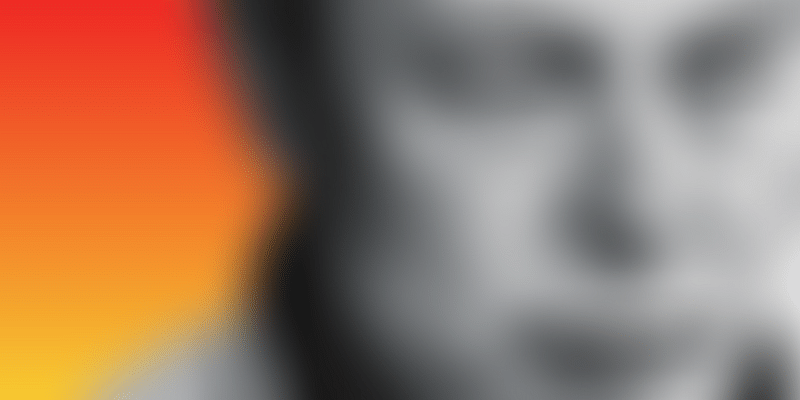 Elon Musk is undoubtedly one of the most radical innovators in the world today. A self-professed science-fiction superfan, he has spent the last two decades creating a reality which more often than not resembles the fantasies dreamt up by the futurists of yesteryear. First, there was the Tesla Roadster, an all-electric sports car that paved the way for an entire line-up of electric vehicles that have changed the way we think of cars (and recently trucks). Then came SpaceX, which became the first private entity to make a mark in the space industry, a sector which had so far seen participation only from public institutions.

While automobiles and aerospace are the two sectors in which Elon Musk’s companies have been most prolific (or have at least generated the most headlines), there are a host of other industries that are being disrupted under-the-radar by his companies. Here they are:

For a long time, one of the biggest problems faced by the energy sector was storing power. Extant technologies at the time were too expensive and bulky to warrant feasible commercial applications. But all that changed with Tesla. Having spent a decade developing cutting-edge battery systems for their cars, the automobile company then used the same technology to develop large, scalable batteries for power grids. Called Powerpacks, these energy storage systems can function as independent ‘microgrids’, be easily integrated with renewable power production sources, and be used by energy providers to enhance the reliability and efficiency of existing power grids.

Several compelling demonstrations of the Powerpacks’ potential have been made in recent times. An emergency deployment of energy storage systems in Puerto Rican islands – whose power supply was destroyed by hurricanes – and a 100MW power project (coupled to a neighbouring wind farm) in South Australia are perhaps the two most notable ones.

Tesla has also been one of the key players in the production of solar power plants. Since the 2016 acquisition of solar energy production firm SolarCity (which was incidentally founded by Musk’s cousins), the company has deployed several solar power projects servicing entire municipalities, enterprises, and agriculture and water districts. However, the commercial sector is not the only one Tesla’s energy arm is disrupting. The company has launched several products targeted at homeowners as well.

The Solar Roof, which makes use of glass solar panels indistinguishable from conventional tiles, can be used by homes to generate their own electricity. Then there is the Powerwall, a home battery that can be used to store energy produced by solar panels to provide an uninterrupted power supply. With the world now in dire need of the switch to renewable energy sources (what with the ever-worsening environmental degradation that we’re facing because of conventional energy source consumption), Tesla is in pole position to help mankind make the transition.

In his book Homo Deus: A Brief History of Tomorrow, Yuval Noah Harari predicts that, considering the current path of evolution mankind is on, regular homo sapiens such as they are today will not exist in a couple of centuries. Advances in bio-engineering and brain-machine interfaces (BMIs), he says, will result in the creation of an entirely novel advanced being – and he might just be right. The people (whatever they may be) controlling things with their minds may seem far-fetched, but it isn’t entirely inconceivable if you think about it.

In today’s world, cochlear and retinal implants are widely used to provide the senses of hearing and sight to those without them. Brain implants are being used to help amputees exert more intuitive control over their robotic limbs. What are these, but technological devices that bypass faulty human organs and directly provide either useful sensory data to the brain or return functionality to a damaged body? Since the brain is the sole governor of the body, isn’t it conceivable that we can use such technology to treat serious health issues like paralysis, neurodegeneration, cancer, or amputations? Elon Musk thinks so, and that’s what he’s trying to achieve with Neuralink.

Neuralink is Musk’s most ambitious project yet, arguably even more so than his plan to colonise Mars. The company is working on the development of ‘ultra-high bandwidth’ brain-machine interfaces (BMIs) – a technology that would blur the line between human and digital worlds. It would, in theory, allow humans to augment their mental and physical capabilities in ways that stretch the imagination to its limits. Perhaps another example will explain things better.

Neuroscientist David Eagleman expounds an interesting concept of BMI applications in his book The Brain: The Story of You; he says that, since there is no theoretical limit on the kinds of signals the brain could learn to incorporate, “there’s no reason an extension of you couldn’t be taking care of tasks on the other side of the planet, or mining rocks on the moon while you’re enjoying a sandwich on Earth.” Sounds far-fetched? Of course, it does. But the idea of a smartphone would have sounded equally ridiculous a century ago, and yet here we are today.

With Earth’s population increasing exponentially, the limited real estate of our planet is starting to cause serious problems, one of which is transportation. As the number of vehicles flooding the roads continues to increase, more and more people are spending their precious time stuck in snarling traffic jams on daily commutes. Mass transit systems – trains, buses, and planes – are stretched to capacity. Time and cost continue to increase while convenience and comfort reduce steadily. While the futurists of the past imagined flying cars as the solution to these problems, Elon Musk thinks the answer lies closer to the ground.

Elon first announced the concept of a high-speed vactrain, dubbed the “Hyperloop” in 2012. Described by him as a cross between “a Concorde, a railgun, and an air hockey table,” the Hyperloop project suggested a new type of transportation that would deploy maglev pods in partially evacuated tubes or tunnels, thereby minimising two great restrictors of speed: friction and air resistance. Designed by a joint team from Tesla and SpaceX, this proposed mode of transportation would be much faster than current modes of air or land travel.

Despite the vast fortunes guaranteed by a successful implementation of this idea, Elon and his companies made the design completely open-source and encouraged others to work on its potential. The concept has attracted its fair share of sceptics, but that’s never really stopped anyone before.

Another one of Elon’s ‘moonshots’ in the transportation industry is ‘The Boring Company’. Having launched it after a seemingly impulsive moment of frustration while trapped in traffic, Elon is using this company to explore the idea of creating underground tunnels to solve the world’s transportation woes. Just this week, Elon took to Twitter to lambast the slow and costly nature of American infrastructure projects and said that The Boring Company could build a proposed tunnel across the San Francisco Bay “at about a tenth of the cost and a fifth of the time” compared to current methods.

Should it prove doable, Elon might just get the go-ahead to start working on his idea of ultimately creating a three-dimensional network of tunnels that cater to vehicles and high-speed railways around the world.

Artificial Intelligence (AI) is arguably one of the most important technologies in today’s world. The world’s leading tech companies – such as Google, Apple, Facebook, Amazon, Intel, Alibaba, Tencent, and Baidu – are all spearheading research and development in the field. With analysts predicting the global AI market will be worth $190 billion by 2025, startups with an AI focus have witnessed a surge in funding too. AI is being used to reduce human error and effort in many sectors – healthcare, manufacturing, and transportation are only some of the industries on the cusp of being changed forever thanks to machine learning.

The idea is that technology will improve the quality of human life by freeing us from menial work and allowing us to indulge in more rewarding and creative pursuits. But it does have a dark side which is, to put it rather bluntly, “What if the machines decide they don’t need us?” It is to deal this existential risk posed by AI that Elon, along with other notable tech magnates, started OpenAI.

OpenAI is a non-profit research company that aims to solve one key problem affecting current research in the sector: commercialisation. All the corporations that are investing heavily in AI are more concerned about how it can benefit them financially than they are about the macroscopic effect their creations will have on humankind. The research done by OpenAI, on the other hand, is free from financial obligations and can hence focus on cultivating a positive human impact.

Having attracted some of the smartest researchers in the field, the company’s team is openly sharing their research and building systems to help other researchers understand and implement AI tools. The company’s prowess was demonstrated in August 2017 when a self-learning bot they created managed to beat the world’s best players in the popular video game Dota 2. Funded by several investors and companies, OpenAI continues to work on the serious problems posed by the development of AI systems today.

In addition to turning the aerospace manufacturing and space transport sectors on their head with SpaceX, Elon Musk is also poised to change the telecommunications industry. Just a few days after launching Elon’s Tesla Roadster into space on a trajectory on Mars, SpaceX completed another successful launch – one with more practical implications. Aboard the Falcon 9 rocket that took off from the Vandenberg Air Force Base in California on February 21 were two test satellites for a proposed global satellite communications project called Starlink.

With Starlink, SpaceX has plans to cover the globe with a vast array of satellites that will be used to transmit high-speed internet around the world. While this idea isn’t particularly novel, SpaceX is uniquely poised to succeed where so many have failed. For one, the company has managed to drastically reduce the cost of launching a satellite into space thanks to its reusable ‘heavy’ rockets. This is of paramount importance to a company that plans to create an array of 4,425 main satellites accompanied by a network of 7,500 low-orbit satellites in the next five years.

Secondly, with this proposed array, SpaceX has said that it will be able to deliver internet access at a speed of 1 Gigabit (four times faster than current satellite internet) and at a latency of just 30 milliseconds (less than a fifth of what current providers can manage). SpaceX expects this project to earn them $30 billion by 2025 – capital they will then use to fund their trip to Mars. Should it be successful, Starlink could very well spell the end for land-based telecommunication services too.

Elon Musk’s vision for the future would not be out of place in any classic or modern science-fiction novel. Unlike the novelists of our times though, Elon has the resources to create fact from fiction. The wide variety of industries that he is disrupting are a testament to his drive, reach, and impact.