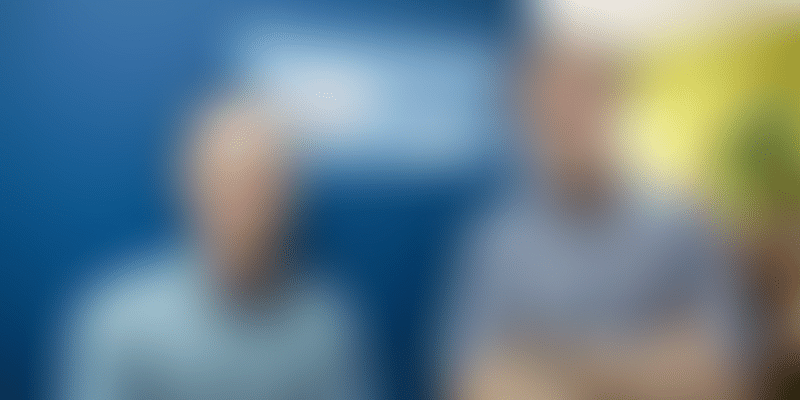 Where it is based: Marina Del Rey, California

The problem it solves: ADAS Software and Hardware

Aleksei Ostanin, an avid auto rally and motorsports athlete, struggled with being able to combine keeping his eyes on the road, and keeping up the speed at rally events he participated in. He teamed up with cousin Ivan Klabukov to build a navigation solution for drivers that keeps them safe and less distracted.

Aleksei and Ivan had previously built an IT company that provided solutions for the legal field. In 2011, the cousins entered the MBA programme at the University of Louisville in Kentucky, where, in their second year, they had to present a startup idea to a group of investors.

One night, while driving in Louisville, Ivan took a phone call and then placed the phone face-up on the dashboard. The projection of the road had come up on the windshield. That was the duo’s "Aha!" moment.

Aleksei was reminded of the navigation dilemma he faced when driving at rally events. He and Ivan presented their mirroring display, and a complimenting app solution for investors, and in 2014, after graduating from the programme, they incorporated HUDWAY LLC in California.

"Our passion is driving. Our mission is to keep drivers less distracted and navigate safely. The ultimate goal is to bring to every driver a simple and immediate solution to keep their eyes on the road while staying connected. Distracted driving kills thousands of people each year. We want to provide technology that becomes the ultimate solution for saving lives on the road,” says Aleksei.

HUDWAY has developed an Advanced Driver Assistance Systems software, and hardware products for navigation, bringing technology that can currently be found only in high-end vehicles. HUDWAY solutions are designed to make driving safer, more comfortable and less distracting.

Software products of HUDWAY include:

- HUDWAY GO App is a simple GPS navigation app for drivers. It is intuitive and non-distracting, displaying just the outline of the road you’re driving on and your next turn.

- HUDWAY Speedometer App helps you to control speed while driving.

- CO-PILOT RT App is a co-pilot and a HUD app for rally professionals.

- HUDWAY Cast App is an app that works with the HUDWAY Cast head-up display and is designed to have one use the smartphone behind the wheel in a safer and less-distracting way.

The hardware HUDWAY makes includes HUDWAY Glass and HUDWAY Cast. HUDWAY Glass is priced at $49, and has been retailing since 2015.

It is a see-through lens that mirrors your phone screen and turns it into a head-up display. The lens gives out a sharp enlarged reflection of the smartphone screen, while the information is displayed in a driver’s line of sight. It works with most HUD (Heads-up display) apps, including those released by HUDWAY, Sygic and Navmii.

HUDWAY Cast, priced at $199, has been on sale since 2017. It is an external head-up display for a smartphone to get directions, receive calls, texts and control music. It wirelessly connects to any modern smartphone, and streams a phone screen image as a full-color projection on a completely transparent lens, making it visible even on a bright and sunny day. It works with most navigation apps.

HUDWAY has sold more than 50,000 HUDs. The startup says it has more than half a million active users and four million downloads for the app.

They have seen a growth rate of 50 percent every year since the launch. HUDWAY's international team is based in the US, Europe, Canada, China and Russia. The company has raised $1.7 million through several crowd-sourcing campaigns and angel investors. “We plan on revealing several new products this year, including a HUD solution for motorcyclists and bikers, and a Night Vision Set. We also will at some point be upgrading HUDWAY Cast and releasing its next version,” adds Aleksei.