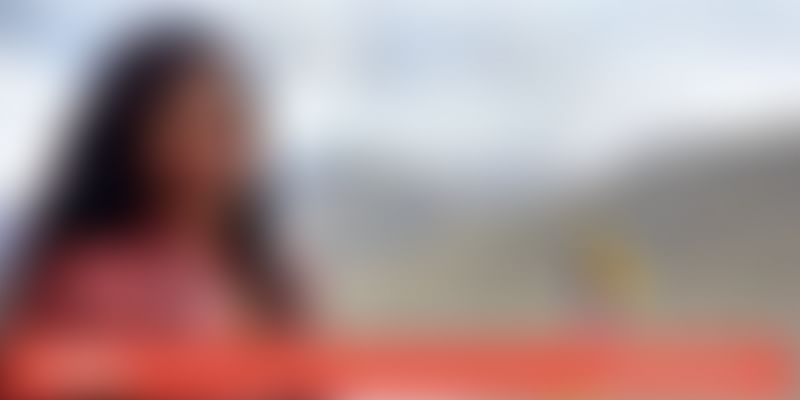 Mumbai-based Priti Vishwakarma, who found herself by travelling solo, runs Womaniya on the Road Trips, an all-women, no-age barrier travel group, and leads trips across India.

To Priti Vishwakarma 27, travel is like medicine. She went for her first solo trip when she was 23 years old and in 2016 founded Womaniya on the Road Trips, a women-only travel group.

Born and brought up in Mumbai, Priti completed a film and television production course from the Zee Institute of Media Arts. In 2014, she started working as an assistant art director in different film productions.

“I used to enjoy my work as an assistant art director, but the timings were quite hectic. Some days, I would return home by 2 am and head out again at 5 am,” she recalls. “Soon, this schedule started taking a toll on my health. I decided to take a break from my work and go on a trip.”

Priti asked her girlfriends to join her for a holiday in the hills of Uttarakhand, but nobody was ready to accompany her.

Priti says, “Most of my friends said no to a trip to an area in North India as all of them were concerned about their safety. But I needed a break badly, and therefore decided to go solo.”

Priti, then 23 years old, went for her first on-her-own trip to Mcleodganj, Himachal Pradesh. She recalls, “I lied to my father about travelling solo. I told him that I was going on the trip with some friends. He didn’t question me much.”

Priti reminisces about that trip; she took a train from Mumbai to Chandigarh. “I reached Chandigarh station at 10 pm and had to catch a bus for Dharamshala at 11 pm. I was little nervous, so I called up my sister and told her about the trip. I told her I was fine, why I wanted this trip and that I would be alone for three-four days in Dharamshala,” she says.

After her Dharamshala days, Priti returned to Mumbai and shared her experience on Facebook and Tripoto. There were many who appreciated her courage, but there were many with questions.

“Being a woman, how can you take a solo trip?’, ‘North India is not safe for woman’…these were the comments her posts got.

“They told me about different incidents with woman, especially in Delhi and Chandigarh,” she says. But most questions pertained to safety and were asked by women.

“After my first experience on the solo trip, I wanted to do it again. I told my father the truth and said sorry for lying. I also told him that I would be doing it again.”

His reaction would surprise many. “My father just said I should take care of myself, and that he and my mother had full confidence in me.”

Priti says she did not want to stop as her first trip had boosted her confidence. From 2014 to 2016, she went on solo trips to Himachal Pradesh, Uttar Pradesh, Gujarat, Rajasthan, and the Northeastern states.

Things came to a head when she was offered a permanent job as an assistant art director in the film production where she was working.

“In my heart, I knew I did not want to take this job, as I only wanted to travel. I just took my bag and left the office, and never looked back.”

At that point in time, Priti had only Rs 12,000 in her bank and she decided to explore the Rann of Kutch. She says, “I have never taken any money from parents for any of my trips. I generally used the general compartments in trains, state transport buses, and stayed at guesthouses. On this trip, I did the same. After this trip, I had Rs 2,000 left.”

Travel: a journey into yourself

To earn a living, Priti decided to open up a travel group for women, one that had no-age barrier. She says the no-age barrier was extremely important to her.

“Women who are in their 50s and 60s always think they have to travel with family so there will be someone take care of them. They think they can’t enjoy group trips. Therefore, in Womaniya on the Road trips we have women aged between 18 and 65 years who enjoy together,” she says.

In 2016, Priti started off by posting ads on her Facebook page and Tripoto about an all-women’s trip but none of her friends were sure about the safety aspect as she herself was a woman.

“They always said you have to take care of your security, then only you can take care of our safety. However, there was a girl from Mumbai; she and five of her cousins agreed for a trip to Spiti Valley.”

Since then, in two years, Womaniya on the Road Trips has had arranged 30 trips to different parts of the country. The minimum number of people on a trip could be five and maximum upto 30. These trips generally are

Priti feels that a major challenge sometimes is convincing the parents. She says,

“At times, I have to meet the traveller’s parents and convince them that their daughter is safe with us. On the other hand, the older women are not sure if they will be able to catch up with the younger generation.”

The young founder says the unique thing about Womaniya on the Road is that it not a travel company with a guide. “I take my travellers to places I have visited before. These are not tour guide trips; I go for all my trips and share with them my experiences. I take care of all their needs. At times, I am like their mother, who is taking care of everything – from safety to food and sleep,” she laughs.

Priti reveals that many times women have cancelled trips because they were menstruating.

“I consider menstruation a normal part of life. Yes, it is difficult when one has to trek on hills and there no water. But we have a period kit, and take care of all needs like medicines, sanitary napkins etc. One should not stop exploring the world because of periods,” she says.

The cost of a Womaniya on the Road trip depends on the number of days one is travelling. For example, an eight-day trip to Spiti Valley would cost Rs 19,500, and include stay, travel and food. All Womaniya on the Road trips are adventurous rather than being luxurious. To book a trip, private message on their Facebook page; you will be emailed the details.

Womaniya on the Road is planning its next trip to Rishikesh from 12th to 15th April where they will also offering yoga and meditations session during the trip. Priti says,“Most of our traveller who are join us for the trip are really stressed out, therefore I am planning to add a few session of yoga and meditation as I am training for it as well.”

“Travelling is like medicine for me; it has given me an identity and recognition that no profession would ever give me,”