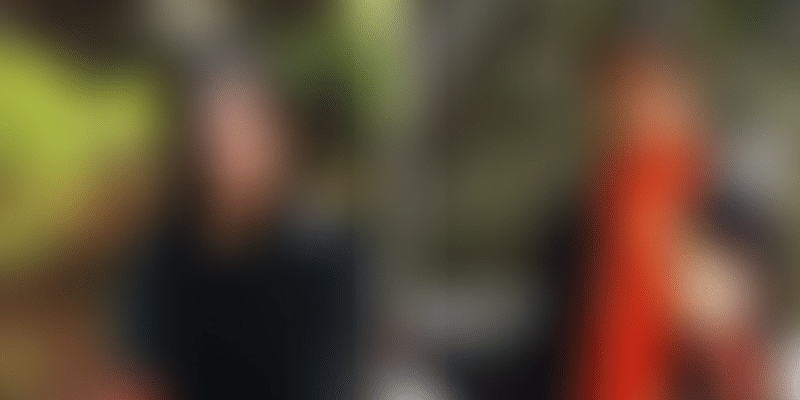 The story of how these 5 elected village representatives are bringing about a change in rural India, be it women’s rights, clean drinking water, electricity supply, or toilets.

The word sarpanch conjures up the image of a turbaned elderly man, lounging under a tree and mediating petty quarrels between villagers. But with increasing youth participation at varying governance levels, this stereotype is changing.

Below we list few of the sarpanch who have dared to stand up and fight for implementation of government schemes in their villages, who have fought age-old social customs and removed the purdah system, and who are fighting for equal rights for women and working for their welfare.

The gram panchayat of Tharjun, located in the Mandi district of Himachal Pradesh, has recently become popular because of its sarpanch, Jabna Chauhan. She was only 22 years old when she was elected to the post last year and is the youngest sarpanch not only in her state but the entire country.

Hailing from an economically weaker background, Jabna completed her education from local schools and colleges, and contested the election with the desire to make her panchayat an example the entire region could follow. She began her career as an anchor and reporter at a news channel. However, her desire to work for the development of society is what has brought her here, and she has brought about massive changes in just over a year.

She introduced a rule to prohibit alcohol in the village in the panchayat's general assembly meeting. Though she faced initial oppositions, she continued working towards this.

She has been awarded the first position in the cleanliness department, and Governor Acharya Dev Vrat has appreciated her for the same. She has also received appreciation from Chief Minister Virbhadra Singh for all her efforts, and has been honoured as the “best sarpanch”.

Jabna was honoured by Prime Minister Narendra Modi on the occasion of International Women’s Day and also received praise from Akshay Kumar during Toilet-Ek Prem Katha promotions for her Swachh Bharat initiatives.

Born in Punsari village of Gujarat, Himanshu Patel was aware of the problems—lack of electricity and water— faced by rural villages across India. When his family moved to a nearby small town for his higher education, he was shocked to witness the stark difference between small towns and villages.

By the age of 17, he started to study how existing government schemes could be implemented to bring about a change in villages. In 2006, at the age of 22, he fought the local body elections to become the youngest gram sarpanch in his village.

After taking charge he realised that the village had a debt of Rs 1.2 lakh and there was an acute shortage of funds. Undeterred, he started mobilising the community for development work. He formed a 60-member team, comprising teachers, healthcare associates, and anganwadi workers, to gather information about the village infrastructure and the challenges faced by them. He approached each problem with a policy intervention and worked to implement various government schemes to uplift villages.

Within two years, Punsari had electricity, street lights, a water distribution system, concrete roads, and access to toilet facilities at homes. Further, he connected 14 speakers across the village, which facilitated frequent updates about government schemes and also became a channel of communication and awareness.

Punsari also became the first village in Gujarat to get connected with high-speed Wi-Fi connection. With his experience as a sarpanch for over a decade, Himanshu says his biggest achievement is to elevate the BPL families to APL level. He is now on a mission to equip his village with solar lights.

Thirty-seven-year-old Sushma Bhadu belongs to the Bishnoi community from Dhani Miyan Khan village in Haryana and is its sarpanch.

Sushma found this “purdah” practice regressive and unnecessary and felt it robbed women of their identity. Sushma was elected sarpanch in 2010 and finally took the call of shedding her veil at a public meeting in 2012.

Sushma started a tailoring centre for women and secured funding from an Indian national bank to sponsor them. She has also ensured that every child in her village goes to school and lobbied hard to get government water supply to the village.

A mother of three, Sushma has introduced rewards of up to Rs 50,000 for whistleblowers to expose families seeking sex determination tests and has started scholarships for poor girls wishing to pursue higher studies.

Even though Haryana is a state with a poor sex ratio, Dhani Miyan Khan boasts of 426 females to 416 males. The village also has clean paved streets with streetlights, and every home has a power and water connection.

Inspired by Bollywood actor Aamir Khan’s Satyameva Jayate, this sarpanch from Rajasthan’s Budania village is on a mission to eradicate the menace sex-determination test which leads to abortion of a girl child.

Randheer Singh formed a six-member committee comprising nurses and auxiliary midwives who kept a tab on pregnant women. In case of an illegal sex determination, a First Information Report (FIR) is filed against the woman or the in-laws in instances of forced abortion.

Illegal sex determination is rampant in Rajasthan, especially in the Shekhawati region— Jhunjhunu, Churu, and Sikar districts. According to the 2011 census, Rajasthan has 883 girls in the 0-6 age group for every 1,000 boys. The child sex ratio in 2001 was 909.

After doing an MBA from Pune, Chhavi Rajawat worked for companies such as Times of India, Carlson Group of Hotels, and Airtel, before she realised the need to bring about a change in the grass-root level, if she wanted to really make a difference.

She went back to her village, Soda, in Rajashthan’s Tonk district to become India’s first woman sarpanch with an MBA degree. Since then, she has been working to bring water, solar power, paved roads, toilets, and a bank to her village.

Despite being an elected representative, Chhavi is not affiliated to any political party. She has provided regular supply of drinking water to her village and facilitated the construction of more than 40 roads. Even before the Swacch Bharat Abhiyan started in its current form, Chhavi had worked with the residents of her village to build toilets through community participation.

Out of the total 900 houses in Soda, toilets have been constructed in 800 houses.