Five citizens who are defying age and making India better 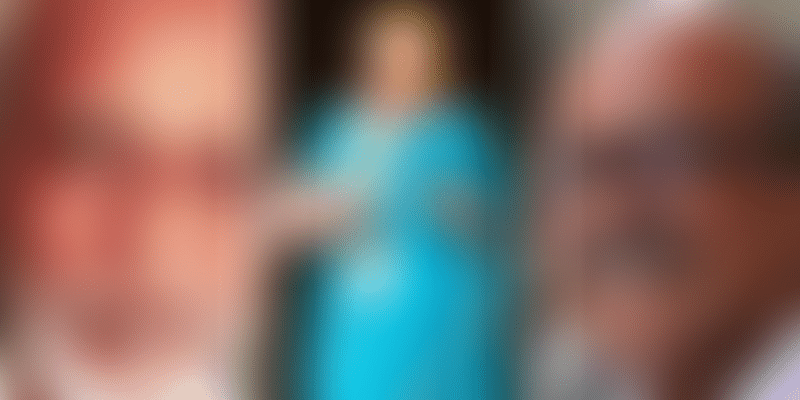 Irrespective of age, these individuals continue to inspire and work for the betterment of the society, creating opportunities for others.

Post the age of sixty or mid-fifties, nearing retirement phase, very often the role of a senior citizen gets limited to either taking care of their grandchildren or perhaps spending time in relaxation. The term retirement, by itself, signifies the end of the professional-working period after which one is expected to enjoy the fruits of their labour and hard-earned money.

However, for a few, age is just a number; they continue to inspire and work for the betterment of the society — like the 82-year-old Omkar Nath Sharma who roams in the streets of Delhi to collect unused medicines from people only to distribute them to the underprivileged. Giving up his comforts, Prof Sandeep Desai ‘begged’ on Mumbai local trains to build English-medium schools in rural Maharashtra and Rajasthan.

Below, we have listed such individuals who continue to persevere and inspire with their indefatigable spirit which leads them to do good for others:

A degree in engineering from IIT Delhi, a master’s degree and a PhD from Houston University, were just the stepping stones for Alok Sagar, an ex-IIT professor who has been serving people in a remote tribal village of Madhya Pradesh.

While teaching at IIT Delhi, Alok groomed numerous students, including Raghuram Rajan, the former RBI governor. After resigning from work, he started working for tribals in Betul and Hoshangabad districts of Madhya Pradesh.

For the past 28 years, Alok has been living in Kochamu, a remote village with 750 tribals, who have neither electricity nor roads, and just a primary school. Alok has planted more than 50,000 trees in the region and believes that one can serve the country better by working at the grassroots level.

What makes Alok's story truly inspiring is his simplicity. He owns just three sets of kurtas and a cycle, and spends his day collecting and distributing seeds among tribals. Alok can speak many languages and dialects used by tribals in the region. Closely associated with the Shramik Adiwasi Sangathan, he spends most of his time working for their upliftment.

The 82-year-old Omkar Nath Sharma, a resident of Delhi, is popularly known as the 'Medicine Baba', as he voluntarily collects unused medicines from people and distributes them to the poor free of charge. He has been doing this for the past nine years.

Omkar retired as a blood bank technician from Kailash Hospital in Noida, Uttar Pradesh. He started collecting medicine after a shocking experience he had in 2008, when an under-construction metro bridge collapsed in East Delhi, killing two labourers and leaving several injured.

After witnessing how under-equipped public hospitals were and how unaffordable treatment is for poor labourers, Omkar started his own little supply chain.

Professor Sandeep Desai, a former marine engineer and a management professor, recalls the events of the first day he actually set out to ‘beg’ on a Mumbai local. He spent the better half of September, 2010, trying to convince his colleagues to not disown him for what they called an ‘outrageous’ idea.

His idea was to build an English-medium school for underprivileged children in rural Maharashtra and Rajasthan, based on the funds raised from the commuters on the local train.

Between 2010 and 2012, Sandeep raised more than Rs 50 lakh to run four schools. Eight years on, he has built one school in the drought-hit Yavatmal district in Maharashtra and three in Sipur, Sadakadi and Naijhar villages in Udaipur.

The school in Yavatmal has 180 students till Class II and five teachers. The three schools in Udaipur’s tribal belt have 310 students in total with seven teachers.

Seventy-four-year-old Palam Kalyanasundaram is a retired librarian. Besides being a recipient of the Best Librarian in India Award, he was honoured as one of the ‘noblest men of the world’ by the University of Cambridge, and the United Nations recognised him as one of the most outstanding people of the 20th century.

However, this man of no possession has given away all his award money, salary and pension, for charity. The amount he has donated over the past four decades for the cause of humanity, sums up to Rs 30 crore.

Palam was born in Melakarivelamkulam, Tamil Nadu. After losing his father at a very young age, he recalls how his mother inspired him to serve the poor. He went on to earn a master’s degree in literature, and is also a gold medalist in library science, but his desire to do his bit for the society stayed alive. He soon got a job as a librarian in Tuticorin, and since then, has contributed all his salary, pension benefits and ancestral property for social welfare.

Vani Murthy will never forget the day she visited a landfill in Mavallipuram with a group of friends as part of a small waste management project. That day she resolved to change what she had seen.

It all began in 2008 when Vani met a group that was trying to mobilise Solid Waste Management in Bengaluru. The group was driving home the importance of recycling and that there was value in waste. At the age of 43, Vani was fascinated by the concept, which she also found rewarding and decided to join the team.

What started in their own apartment complex soon gained momentum and spread across the city, blossoming into a larger community of activists from varied background.

Since the knowledge, awareness and facilities to segregate wet waste were minimal, to promote home composting she became the ambassador of Swachagraha, a programme launched by the SWMRT, Bengaluru.

Vani, who graduated from the Osmania University- Hyderabad, is now an authority on composting. So much so that she now does television shows, radio interviews, writes a weekly column for a regional newspaper and has been a TED speaker, all in the name of introducing the common man to a belief that she can contribute to the change.