With poverty its focus, how impact investor Acumen is helping solving global issues across the world 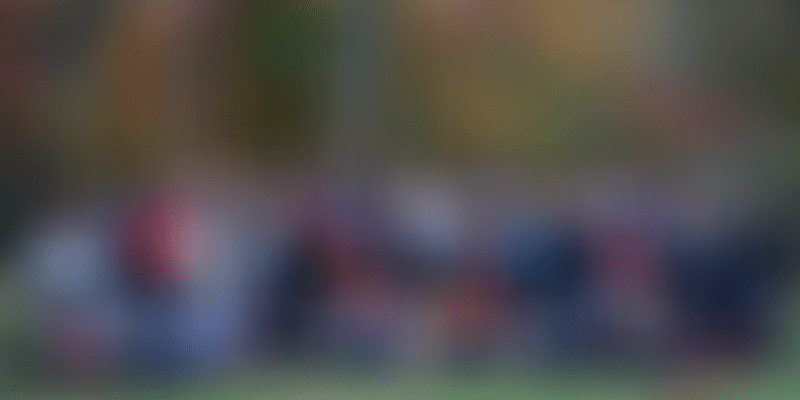 In the late 90s, when the then investment banker Jacqueline Novogratz quit her job at a microfinance bank, the world around her hosted a flurry of issues. While healthcare, agriculture, energy and access to education were a few to be named, she traced back these problems to their origin, which was poverty.

Jacqueline was then offered the mandate of starting Duterimbere, the first ever credit institution in Rwanda, a landlocked East African country.And, in 2001, when impact investment was unheard off, she founded Acumen, with seed capital from the Rockefeller Foundation, Cisco Systems Foundation and individual philanthropists. In the last seventeen years since its inception, the nonprofit global venture fund has invested over $110 million to build more than 102 social enterprises in countries like Kenya, Ghana, Pakistan, India, Colombia, the US and others. These companies have created and supported 60,000 jobs, leveraged an additional $522 million, and brought basic services like affordable education, healthcare, clean water, energy and sanitation to more than 200 million people. In 2015, Fast Company named Acumen one of the world’s Top 10 Most Innovative Not-for-Profits.

Since its inception, the impact investment firm has set up its base at six countries with its headquarters in New York. In India, it stepped foot in the year 2006. The other countries where Acumen marks its presence are Kenya, Ghana, Pakistan, Colombia and the US.

While over two billion people around the world who are lacking access to basic goods and services Acumen intends to invest in companies and change makers, rather than act as an another philanthropic arm. The organisation invests ‘Patient Capital’, which bridges the gap between the efficiency and scale of market-based approaches in bringing sustainable solutions to big problems of poverty.

Started as a venture capital fund for the poor, Acumen welcomes partners from over 20 countries.

In India, with its headquarters in Mumbai, the fund has found its playground for investment in Agriculture, Education, Energy, Health, Housing, Water & Sanitation and Workforce Development.

With an overall investment of $29.8 million in 32 social ventures, Acumen India claims to have impacted 10.4 million lives. Though its first ever investment in India was Aravind Eye Care in Madurai in 2006, its present portfolio companies include Frontier Markets, LabourNet, LifeSpring Hospitals, Aarusha Homes, ORB Energy, Lifespring, Under The Mango Tree, to name a few. The organisation is also in collaboration with Tata Trusts, Dr. Reddy’s Foundation, Ernst & Young, Goldman Sachs, Mahavir & Jahangir Siddique Foundation.

When we partner with corporates or individuals we look closely for alignment between the partner/donor, Acumen and the programme to which the services will be applied,” he adds.

India, which is also Acumen’s biggest geography in terms of capital investment, looks for “companies which tie in with their broad impact thesis for the country. The sector has to cater largely to a low-income customer segment and they should have a financially viable business model and a proof of concept for the same, Mahesh explains.

While for most of the social enterprises scalability and raising funds is the biggest concern, an impact investment firm like Acumen intends to tap into the country’s buzzing social investment scene.

We see most action in the incubation and growth capital stage. The validation stage – stage where companies typically need $500,000 to $1 million is empty. This area needs more development that brings together the voice of the customers and funders and the startups, Mahesh adds.

Out of the 32 investments so far, Acumen evaluates success not only through financial returns but also social returns. Key metrics like unit level profitability, EBITDA margins, end use of loans, ability to raise capital and impact are a few of its filters of judging the success rate of any social startup and its own investment. At the portfolio and organisational level it depends on the money invested and can toggle between factors like financial performance, social impact, creation of new solutions, markets and so on.

Our return expectations typically depend on the pool of money we are investing out of, and the potential the investment has to move the needle in the particular sector or geography it operates in, Mahesh explains.

Though its primary four sectors remain Healthcare, Agriculture, Energy and Education, Acumen India is already working on technology integration to collaborate with companies that marry customers’ needs with the right technology solution.

With the founder Jacqueline calling India the playground for laboratory in one of the previous interviews with YourStory, Acumen India confirms that a few of the successful modules in renewable energy and healthcare sectors are being replicated in other countries.

Though Acumen India is quite positive about its overall development, bottlenecks like regulatory environment, corruption, difficulty in working with government often become the detractors.

But we do believe that there has been a significant improvement in each of these areas in the last 7 to 8 years but the change is not enough, quips Mahesh.

After gaining a firm footing in primary sectors, the impact investor in India is looking at newer venues like student and school financing, health insurance and MSME debt financing, to expand its presence here.