Microsoft profits rose by 35 pc last quarter to $7.4 B, fuelled largely by Azure 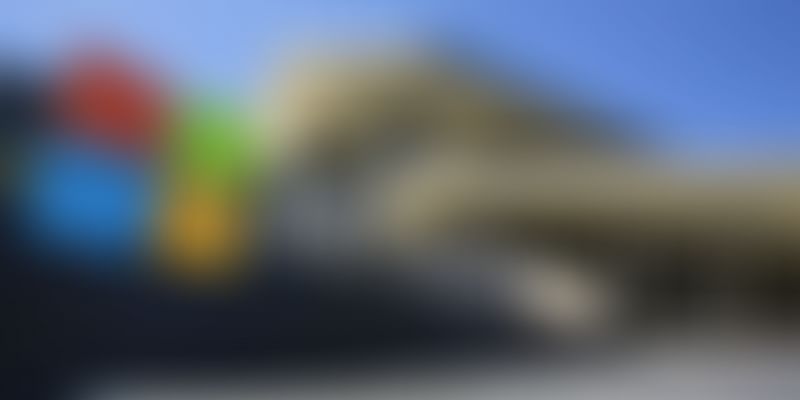 Microsoft, the world’s biggest software company, is on track for another year of strong annual growth. In its earnings report for the quarter ending March 31, 2018, (Q3 FY18 for the company), Microsoft posted $26.8 billion of revenue, a 16 percent increase year-on-year. The company’s profit also rose 35 percent as compared to the same period last year, reaching the $7.4 billion mark. The steady growth was fuelled largely by Microsoft Azure, the software giant’s cloud-computing services division, which saw a revenue growth of 93 percent.

In a press release about the quarterly results, Microsoft CEO Satya Nadella said, “Our results this quarter reflect the trust people and organizations are placing in the Microsoft Cloud...We are innovating across key growth categories of infrastructure, AI, productivity, and business applications to deliver differentiated value to customers.” The Redmond, Washington-based firm gave back $6.3 billion to shareholders in the form of dividends and share repurchases in the quarter, an increase of 37 percent from last year.

The last quarter also saw Microsoft’s capital expenditures hit $3.5 billion, a figure dwarfed by Google parent Alphabet’s announcement earlier this week that its capital expenditures almost tripled in the same quarter to $7.7 billion. However, in an interview with Bloomberg, Amy indicated that Microsoft was willing to ramp up spending in the future if consumer demand for cloud services grew as well. She said, “As long as we see the demand signals globally grow, we will continue to see that number grow.”

In a bid to shift away from the company’s legacy of a heavy focus on software and PCs, Satya reorganised Microsoft’s product divisions in late March to switch gears from the shrinking Windows business to a group centred around on hardware and the Azure cloud computing service. The reorganisation also saw the departure of Terry Myerson, the chief of the Windows and device divisions. Many industry analysts took this to mean a change in focus for a company that has seen its dominance in desktop computing gradually erode, thanks to increasing competition as well as a global decline in PC demand.

According to market research firm Gartner, global PC shipments fell 1.4 percent in the quarter ending March 31, 2018, the 14th straight quarter of such decline.

Microsoft Azure still trails market leader Amazon Web Services (AWS), the cloud computing division of e-commerce giant Amazon, by a large margin. In its own earnings report published on the same day, Amazon revealed that its profits doubled on a year-on-year basis, with AWS making a profit of $1.4 billion in the same quarter on sales of $5.44 billion. However, Satya is pushing heavily for innovation in Microsoft Azure, incorporating artificial intelligence, data storage, and security services into its cloud programmes.

Microsoft predicts revenues as high as $29.5 billion by the end of the current quarter, which, according to the Financial Times, would set it up for its strongest annual growth in over a decade. With the company ramping up investment in everything from building a bigger salesforce to acquisitions such as that of LinkedIn, it will be intriguing to see where Microsoft’s new focus on cloud computing takes it in the future.