A success story 10 years in the making: key milestones from the Flipkart journey 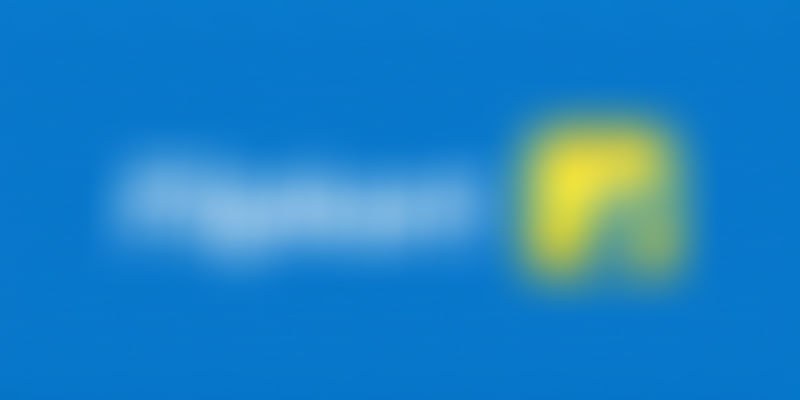 Flipkart has had a long road over the years, full of ups and downs. What started as an online bookstore from a two-bedroom apartment in Koramangala, Bengaluru in 2007 has today grown into one of the biggest companies in India, and an incredible example of the success potential for Indian startups. Founders Sachin Bansal and Binny Bansal (not related) have become celebrities in their own right, setting examples for other aspiring entrepreneurs to aim for.

As Indian e-commerce’s biggest success story celebrates the crowning moment of its journey so far – a $16 billion acquisition by Walmart, the world’s largest retailer, in the biggest M&A deal ever in the Indian startup ecosystem – we take a look back at the biggest milestones in Flipkart’s 10-year journey thus far:

Sachin Bansal and Binny Bansal, who originally met in 2005 at IIT-Delhi, launch an internet business called Flipkart on September 15, 2007. Working as an online bookstore, the platform promises to deliver books anywhere across India, and soon has its first customer, a young engineer from Mahbubnagar (in current-day Telangana). Despite difficulties, Sachin and Binny pull off the delivery and manage to close the year with 20 successful shipments. Flipkart is officially in business.

Flipkart explodes onto the e-commerce scene, with word-of-mouth publicity driving the platform’s popularity sharply upwards. The company opens its first office in Bengaluru’s Koramangala, pin code 560034. With rapidly growing interest in Flipkart, Sachin and Binny launch 24x7 customer service to deal with the platform’s growing consumer base. Flipkart closes the year with over 3,400 shipments successfully delivered.

2009 is a year full of firsts for two-year-old Flipkart. Sachin and Binny hire their first full-time employee, Ambur Iyyappa, who would eventually go on to become a millionaire. The company’s meteoric growth attracts the attention of venture capital, and Accel Partners becomes the first VC firm to invest in Flipkart, with an investment of $1 million. Fuelled by this growth and funding, Flipkart expands its presence in India, opening offices in Delhi and Mumbai, and within the year, the company’s headcount grows to 150. Flipkart also crosses an important milestone by opening pre-orders for the first time. The chosen book? Dan Brown’s The Lost Symbol.

Recognising the prevalence of cash in the Indian consumer’s life, Flipkart pioneers a Cash-on-Delivery payment option, letting consumers pay for their orders in cash upon doorstep receipt of their ordered goods. The company launches Ekart, a logistics arm led by fresher Vinoth Poovalingam, to handle the logistical requirements of the new payment option and the growing demand for goods. Flipkart also introduces a 30-day return policy and expands its product categories to include Music, Movies, Games, Electronics, and Mobiles. 2010 also sees Flipkart make one of its first acquisitions, in social book recommendation portal WeRead.

Flipkart’s steady growth continues, with shopping categories expanding to include Cameras, Computers, Laptops, Large Appliances, Health, Personal Care, and Stationery. The platform launches its own digital wallet, as well as a 30-day replacement policy, and acquires Bollywood content portal Chakpak’s digital catalogue and Mumbai-based music streaming and digital content platform Mime360. By the end of the year, Flipkart’s network has expanded to deliveries in over 600 cities across India.

Flipkart goes mobile in a big way, with the launch of its own native mobile shopping app. The platform also receives PCI DSS Certification, allowing it to store card details for consumers securely on the platform, and giving users the ‘Saved Cards’ feature when checking out. Flipkart’s expansion continues at a steady pace with the acquisition of online electronics retailer Letsbuy, the launch of Fashion, Perfumes, Watches, Menswear, Toys, Posters, and Baby Care categories, and the debut of two new services – DigiFlip, a private label for electronics, and Flyte MP3, a service for online music sales.

2013: welcome to the third-party marketplace

Flipkart decides to expand its service offerings, adopting a marketplace model to bring third-party sellers onto the platform. The decision sees an immediate positive response from the market, and sales rapidly climb – Flipkart manages to sell 100,000 books in a single day. To allay consumer concerns, the platform introduces Next Day Shipping Guarantee and also launches PayZippy, an online payments solution for merchants and customers. In a bid to go global, Flipkart begins accepting international cards for transactions. A new Woman’s Lifestyle category is introduced, and the company raises $360 million across two separate funding rounds.

2014 is a big year financially for Flipkart, with the acquisition of online fashion retailer Myntra and majority stakes in after-sales service provider Jeeves and payments platform Ngpay. The company raises $1.9 billion across three separate rounds and ends the year with a valuation of $11 billion, also becoming the first Indian Internet retail firm to register Gross Merchandise Value (GMV) of $1.9 billion. There is a slew of fresh service launches across the year, including Flipkart First, In-a-Day Guarantee, Scheduled Delivery, and Same Day Delivery Guarantee. The platform’s first exclusive associations come into play – with Motorola and Xiaomi – and the company launches a huge online sale in October – the Big Billion Day. The Big Billion Day would go on to become one of Flipkart’s most popular offerings.

2015 is mostly business as usual for Flipkart, with several new launches, acquisitions, and fundraising rounds. Over the course of the year, the platform launches Home and Maternity product categories, the Ad Platform and Strategic Brands Group in a corporate rejig, and the data-light mobile website Flipkart Lite. Acquisitions over the year include mobile advertising company AdIquity, mobile marketing firm AppIterate, and payment services startup FX Mart, as well as an investment in delivery locker service startup Qikpod. Midway through the year, Flipkart launches a brand refresh with a new logo and improved progressive policies for employees, including maternity, paternity and adoption leave policies.

Flipkart breaks tradition by appointing its first-ever non-founding CEO, Kalyan Krishnamurthy, while Binny Bansal takes over as Group CEO. PhonePe, launched the previous year, sees rapid adoption thanks to the demonetisation movement, and crosses 10 million downloads on the Google Play Store. Flipkart raises $1.4 billion from Tencent, eBay, and Microsoft, and acquires eBay India in exchange for equity – eBay continues to function as an independent entity. In August 2017, SoftBank’s Vision Fund invests $1.5 billion in Flipkart to become one of its largest shareholders.

Since the start of 2018, Flipkart has already seen several milestones – a new campus at Embassy Tech Village, the successful onboarding of over 130,000 third-party sellers, and expanding its product catalogue to house over 80 million products – culminating in the Walmart acquisition. Where the company goes from here is anybody’s guess, but if the last 10 years are any indication, Flipkart surely has big things in its future.