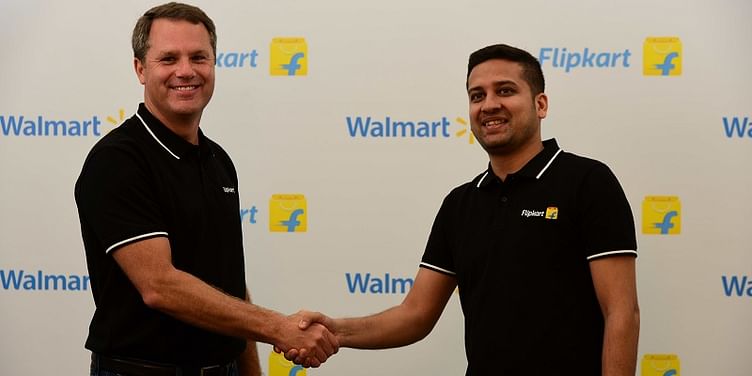 It is official--India's ecommerce market leader Flipkart is now a subsidiary of US retail major Walmart.

The announcement made by Walmart on its website capped months of frantic speculation. The details are now out and official:

“India is one of the most attractive retail markets in the world, given its size and growth rate, and our investment is an opportunity to partner with the company that is leading the transformation of ecommerce in the market,” said Doug McMillon, Walmart’s President and CEO. To finance the investment, Walmart intends to use a combination of newly issued debt and cash on hand.

While the companies did not disclose valuation, sources say it will be over $20 billion.

With the investment, Flipkart will leverage Walmart’s omnichannel retail expertise, grocery and general merchandise supply-chain knowledge and financial strength, while Flipkart’s talent, technology, customer insights and agile and innovative culture will benefit Walmart in India and across the globe.

Flipkart is the most heavily funded private company in the Indian startup ecosystem, having raised over $7 billion. Last year it raised almost $4 billion at a valuation of around $11.6 billion.

The deal is good news for the Indian startup ecosystem, which is viewing this deal favourably. YourStory did a survey among select startup founders and investors and 85 percent of those polled said this deal is good for the ecosystem as it shows that India can give big returns to risk capital investors.

“This is good from multiple angles. This deal demonstrates that Indian startups can start from scratch, take billions of dollars in investments, and give massive exits. It answers a lot of critics. Many called the founders and investors crazy for the high valuations, for the discounts. This will answer all the armchair critics. It also shows that however international the model is, in India, you have to solve India-specific problems and if you do that you can create value. The company (Flipkart) and its founders were able to stand up to the richest man in the world (Jeff Bezos of Amazon). That’s something,” said K Ganesh, serial entrepreneur and startup investor.

Also read: Here’s why Flipkart investors Tiger and SoftBank are settling on Walmart over Amazon

It has been a remarkable journey for the ecommerce company that celebrated its 10th birthday last year. Founded in 2007 by two IIT-Delhi alumni, Sachin Bansal and Binny Bansal, Flipkart very quickly raced to the top of the nascent Indian ecommerce industry. The company found strong backing from early investors, Accel Partners and Tiger Global, who stood by the company through Enforcement Directorate raids in 2012 (the company has never confirmed the raids), conversion from inventory model to marketplace the same year, multiple senior management changes from 2014 till 2017 and multiple downgrades in valuation by other investors in 2016.

When Amazon started its India operations in 2013, many were quick to write Flipkart's obituary. But Flipkart not just survived but thrived, acquiring fashion e-tailer Myntra in 2014. This deal helped cement Flipkart's lead in the fashion category, something that has helped the company hold on to the market leader position.

However, a series of bad business calls, like making Myntra app-only, senior management changes and a drought in funding in 2015 and 2016 saw Flipkart struggling. Early 2016 saw the first major management change in the company, with Co-founder Sachin losing his CEO role to Co-founder Binny. However, troubles continued and Amazon managed to steal a lead over Flipkart in two consecutive months in mid-2016. Kalyan Krishnamurthy, an old Tiger hand, came back to Flipkart and oversaw a swift turnaround especially during the festive season sales of that year and Flipkart was market leader once more. In January last year, Kalyan became Flipkart CEO and Binny was made Group CEO, with Sachin continuing as Executive Chairman.

Last year also saw Flipkart raising massive funding to the tune of about $4 billion from marquee investors like SoftBank, Tencent, eBay and Microsoft.

Flipkart was able to command a high valuation thanks to this turnaround. Flipkart is on a high. In FY 2016-17 its revenues went up by 29 percent to Rs 19,854 crore. The company grew faster than the industry--ecommerce grew at 12 percent in 2016--in a year when the entire industry was down.

Flipkart has not filed its financials for FY 2017-18 but it had an even better 2017. According to analysts, Flipkart Group has a market share of 45 percent, while Amazon is at 35 percent.

However, the path ahead for the company is not smooth. While Flipkart has market leadership, Amazon is a strong competitor. For instance, Flipkart claims to have 70 percent of the online mobile market, the largest category in e-tail. But analysts say Flipkart's share is much smaller. In fashion Flipkart has a definite lead but Amazon is aggressively investing in this category. Amazon has a lead over Flipkart in the FMCG and grocery segment, which is expected to drive online commerce adoption in the future.

The Walmart deal is expected to help Flipkart build up this category. Walmart has unmatched global retail experience and has knowledge of the Indian supply chain thanks to its wholesale business in the country. Walmart and Flipkart together are expected to invest in an omnichannel model.

But that's a long-term play and two can play that game. An analyst told YourStory that Amazon could soon announce an investment in an offline grocery retailer, on the lines of its deal with Shoppers Stop.

Also read: When will, and can, Flipkart reach this important milestone?

Walmart and Flipkart can expect regulatory scrutiny too and protests from offline retailers. Also, the online retail industry is still very small. E-tail industry reached $17.8 billion in size in 2017, according to data from advisory firm RedSeer Consulting, and is expected to grow at 60 percent this calendar year. The overall Indian retail market was at $680 billion in 2017 and is expected to cross the trillion-dollar mark by 2020. This acquisition gives Walmart only a toehold in the Indian retail industry, into which the Arkansas-based retailer has been trying to get an entry for over a decade now.

The deal is just the start; the real work for Walmart-Flipkart begins now.