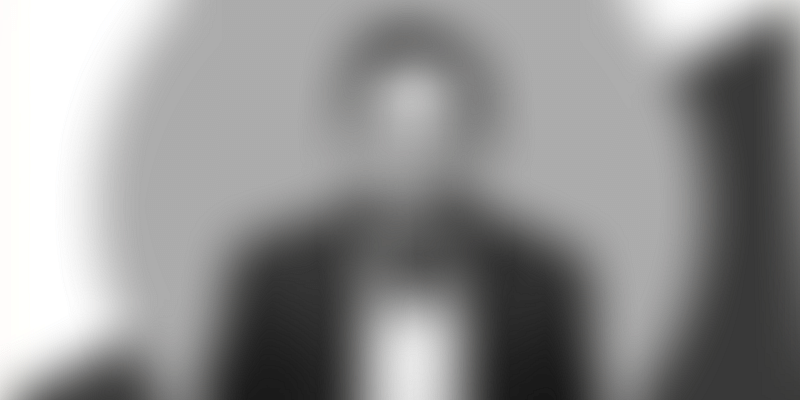 From war torn areas to developing countries, irrespective of the geography, the region and socio-economic and political conditions notwithstanding, Lydia Polgreen has never deterred from her goal of telling stories in all honesty.

As I speak to her over a noisy line, courtesy the rains, what stands out is her clarity of thought, her belief in transparency, her passion for storytelling, and her love for her dogs!

As a woman of colour, queer, and someone with limited means, Lydia began her career as Assistant Editor and Business Manager for the Washington (DC) Monthly in her early 20s, and joined The New York Times in 2002 as part of a trainee programme.

Her reportage from war-torn regions in Sudan, and the ensuing carnage in Darfur, got her the George Polk Award in 2006. Named a Young Global Leader by World Economic Forum In 2007, she received the Livingston Award in 2008 for International reporting for her series “The Spoils”, which detailed how Africa’s abounding mineral wealth brought about so much misery.

She took over as the Editor-in-Chief of HuffPost Arianna Huffington in December 2016. In a freewheeling chat with YourStory, she gave a glimpse of her grit, determination and the sharp mind of a journalist.

Giving voice to those who matter

“I think, probably, the most important thing to know about me is that I care about telling stories, and not my own but other people’s - particularly the people who don’t have the platform and privilege that I have had. For me…telling stories that need to be told and giving visibility to people who aren’t often seen and I think that lies at the heart and soul of who I am,” reveals Lydia.

In her travels, the stories that have impacted her the most have been those of human courage and triumph.

Tragic stories of war… of natural disasters, and it ran the gamut - but everywhere that I went I was incredibly inspired by the courage and humanity and the human spirit that I met and that is to me the most meaningful part of my work.

The story that inspires her

Of all the stories she has covered, there are some that continue to impact her. Lydia shares one such. “One of the stories that really stuck was a piece that I did about the people who were organising the first gay pride parade in Nigeria in 2005. Nigeria, at that time, was going through a violent spasm of homophobia. I met a small group of people who were organising the gay pride parade and there was a very conservative Anglican Bishop who was taking a strong stand against homosexuality. I was incredibly inspired by the courage of the community who spoke up and identified themselves to speak out and to be publicly identified.”

Evolution of journalism and digital media

Lydia was four when her parents moved to Kenya. She recalls how, at that time, people didn’t really have a choice about what they consumed, but with digital media, the world has changed and readers can not only consume content that is specific to their region, community or interest but also share their feedback.

I think in a lot of ways the digital revolution has made journalism a lot more stronger and a lot more accountable. It adds a level of transparency and accountability to the work that we do in a very powerful way.

At the same time, she is quick to point out how social media has seen the rise of misinformation, and fake news. “Misinformation has been a problem throughout human history. Before the internet and the world wide, there was a printing press or a radio station. Social media came along and introduced this concept of virality. This combination of being able to produce and spread information very quickly has brought us to this point and there are good things and bad things. On the one hand, it has enabled us to create and share information, but has also enabled people to do some terrible things, such as undermine democracy for example.”

We are in a world where media is continuously being debased for not being an unbiased source of information. Yet, in the face of it all, what is the core responsibility of the media? “I think our core responsibility is to tell stories that are aimed at informing people, but also addressing their real needs by doing journalism that feels real to people’s lives. The days of merely stating facts are gone. Lot of people talk about what led people to elect Modi, Trump or Putin. But journalism is about trying to understand the deep undercurrents in society that lead to certain outcomes.”

Lydia, in her stint with the New York Times, was based in Delhi for three years from 2009 to 2012. She recalls the general euphoria around the time with an economist as a prime minister. “Everyone felt very optimistic about how things were going to go, and in a fairly short order everything kind of fell apart. It has been fascinating to see how quickly the transformation happened. I think there is very strong parallel with what happened with the US towards the end of Obama’s second term.”

Speaking about the primary challenges a digital media house faces, Lydia zeros in on two major ones. The first being ‘monetisation’, and the other is engaging and ‘vying for the audience time’ and attention. “From video games to TV to social media, we are vying for people’s attention and it is the biggest challenge we are dealing with.”

Journalism and her personal leadership style

Transparency is the mantra that Lydia embraces as a leader. Whether it is the story she tells, or the people she leads. “I say no to stories my heart isn’t in. I can’t pretend to be someone I am not. I think that kind of transparency and integrity in leadership is absolutely essential.”

She also points out how important it is for leaders to be inclusive and attentive.

You need to listen to feedback, be clear about your expectations and help people understand what the journey is about and how to get there.

The changing perspective on India

Lydia touched upon how India is no longer the back office for the world, and no longer is looked at as the home of the cheapest engineers. “You have things like Walmart buying Flipkart, you have Facebook trying to lead on the social space in India. All the big players are looking at India as the next big growth market.”

Lydia lives in Brooklyn with her wife and three dogs. “My wife believes that we shouldn’t have pure-breds, so all our dogs are rescue dogs. There is something about the completely unfiltered love of a dog that is incredibly life enriching.”

A voracious reader, Lydia reveals her reading tastes extend from fiction to non-fiction and she is unbiased appreciating both the lowbrow and the highbrow. The former would include spy thrillers for which she has a special love, and at the time we spoke she was reading The Red Sparrow. For her highbrow cravings, she was speeding through the pages of the biography of Ulysses Grant.

Put the woman at the centre

Gender equality, pay gap, sexual harassment continue to be big challenges for women. In the wake of the #MeToo movement, she believes the crux of the matter as ’inequality’. “The fundamental basis of solving this entire problem is about women finally getting equal treatment and respect. In every sphere, the real battle is to be truly seen as equal. Anything short of that and we will continue to see the horrible stories of last year.”

However, there are complexities that need to waded through when it comes to women’s rights too, “In the west, there is a divergence between the educated white woman, and uneducated white women, of Latinos, of black women or Asians. There are lot of different layers to that, and there are parallels in India too. If you think of upper class women in metro areas, their problems are fundamentally different from SC/ST women in rural India, and yet we have to find a banner to unite saying we as women are fundamentally equal to men. There are lots of complex factors that go into finding a feminist agenda that works for everyone. “

She signs off with,

My overwhelming message would be, if you want to tell women stories, then make them the protagonist. Make them the centre. It is absolutely essential that we are telling stories from the perspective of women in a way that empowers women and helps them see themselves, and solves their problems. It’s important to keep a focus on who is the story for, and who is it built around.